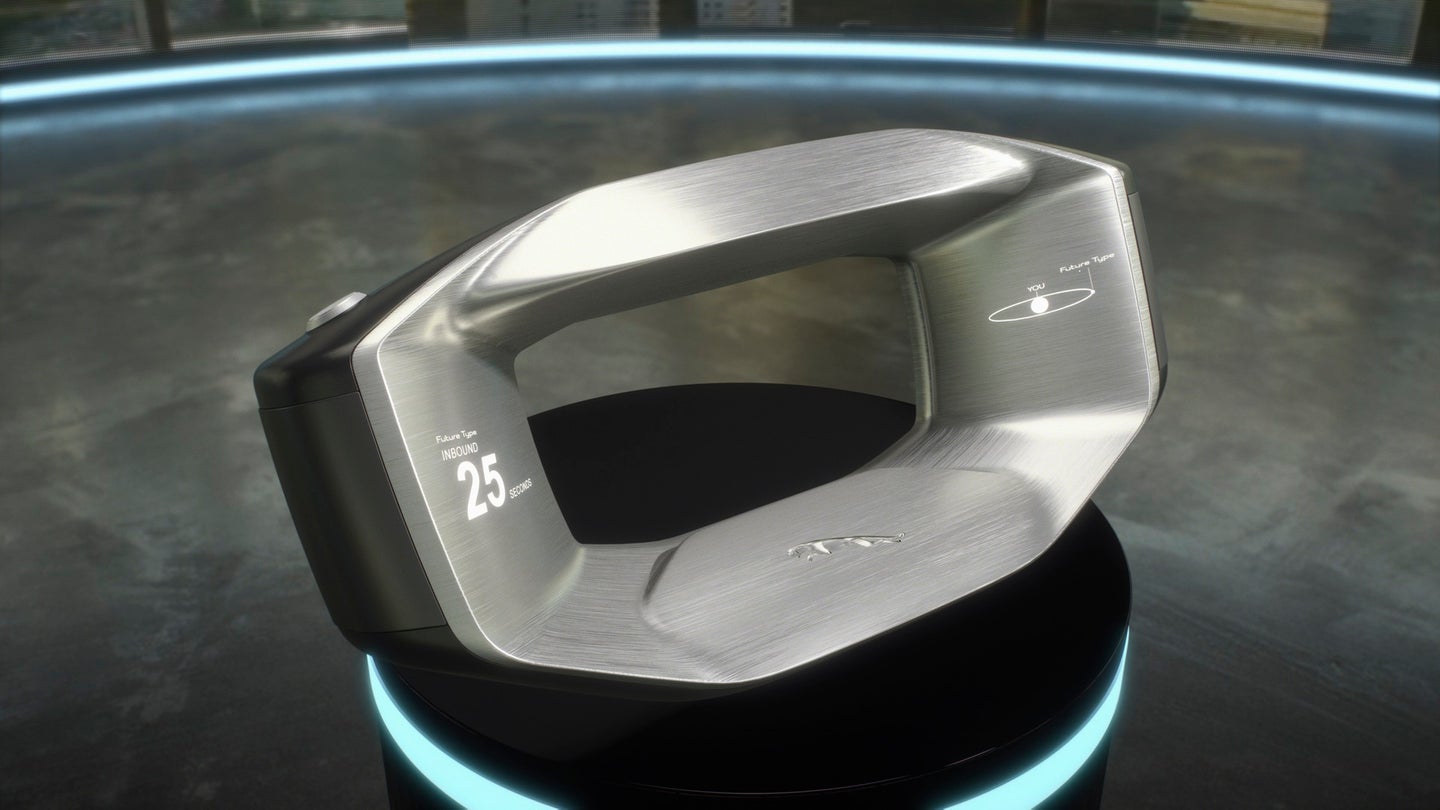 Someone at Jaguar has apparently been watching too much Knight Rider. The automaker will unveil a talking steering wheel called Sayer at its Tech Fest this week in London, the car company has announced.

Looking like a prop from a low-budget sci-fi movie, Sayer features artificial intelligence and is meant to be carried around by the owner like a smartphone. It's named after legendary Jaguar designer Malcolm Sayer, creator of the E-Type. The futuristic steering wheel will be featured on an upcoming Jaguar concept called the "Future-Type," but Jag feels this smart steering wheel is almost more important than the car itself.

That's because Sayer is designed for a future where Jaguar customers share cars instead of owning them outright. In Jaguar's vision, users will be able to summon cars with Sayer. The cars will drive themselves to a designated pickup point autonomously, although the fact that Sayer is a steering wheel shows that Jaguar still sees a place for human drivers in the future.

It's certainly interesting to see a concept for future car sharing that incorporates human drivers, as most discussions of sharing services seem to assume that everything will be done autonomously. But it's hard to imagine people carrying around a bulky steering wheel when many of Sayer's functions can likely be performed by a smartphone. Hey, maybe driving enthusiasts will want the reassuring presence of a wheel in a heavily-automated future.