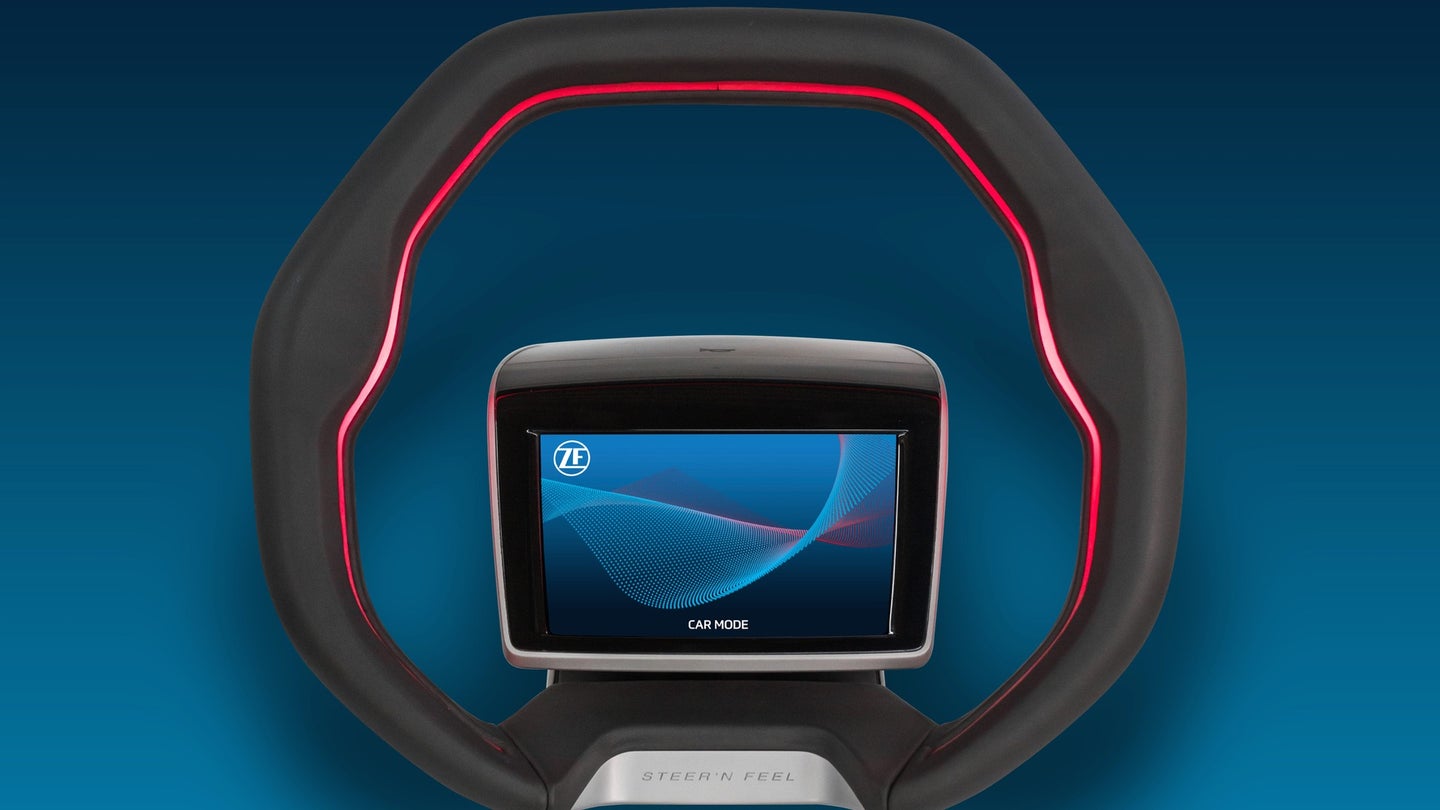 Like the automakers themselves, suppliers will have to adapt their products to a future world of autonomous driving. ZF already has ideas about how to do that. The German company previously theorized about how airbags may have to change for self-driving cars, and now it's tackling steering wheels.

You may think that fully-autonomous cars won't need steering wheels, and you'd be correct. ZF's new steering wheel concept is intended for Level 3 autonomous vehicles, which will require human drivers to take control some of the time. But this steering wheel can do a lot more than keep a car pointed in the right direction.

The wheel can incorporate gesture controls, although ZF said it will leave exactly how those controls are used up to any automakers interested in the concept. Possibilities include using a tapping motion to honk the horn, or swiping to activate functions like climate control. While BMW is already pushing gesture controls in production cars, the technology does require users to abandon familiar ways of controlling basic functions, which could limit its appeal.

As if there weren't enough display screens on car dashboards already, ZF stuck a 7-inch LCD screen right in the middle of the wheel. This necessitated redesigning the airbag so that it deploys from the back side of the wheel through the rim.

Since Level 3 self-driving cars will switch between autonomous driving and manual control, the steering wheel includes a light strip on the rim to indicate which mode the car is in. Blue lights signify autonomous mode, white lights indicate manual mode, and red lights warn the driver of impending danger. The wheel also incorporates turn-signal lights, in yellow.

To make sure the human driver actually takes over when he or she is supposed to, the wheel features 10 capacitive sensors to measure hand grip. This feature could be the most relevant part of the whole design since automakers are already deploying driver-assist systems, such as Tesla's Autopilot or Nissan's ProPilot Assist, that require drivers to keep their hands on the wheel, even when the car is doing most of the work.

It's unclear whether ZF's concept steering wheel will actually make it to production, but it's another example of how autonomous driving could change car design.