Rinspeed Snap Concept Is an Autonomous Electric Box on Wheels 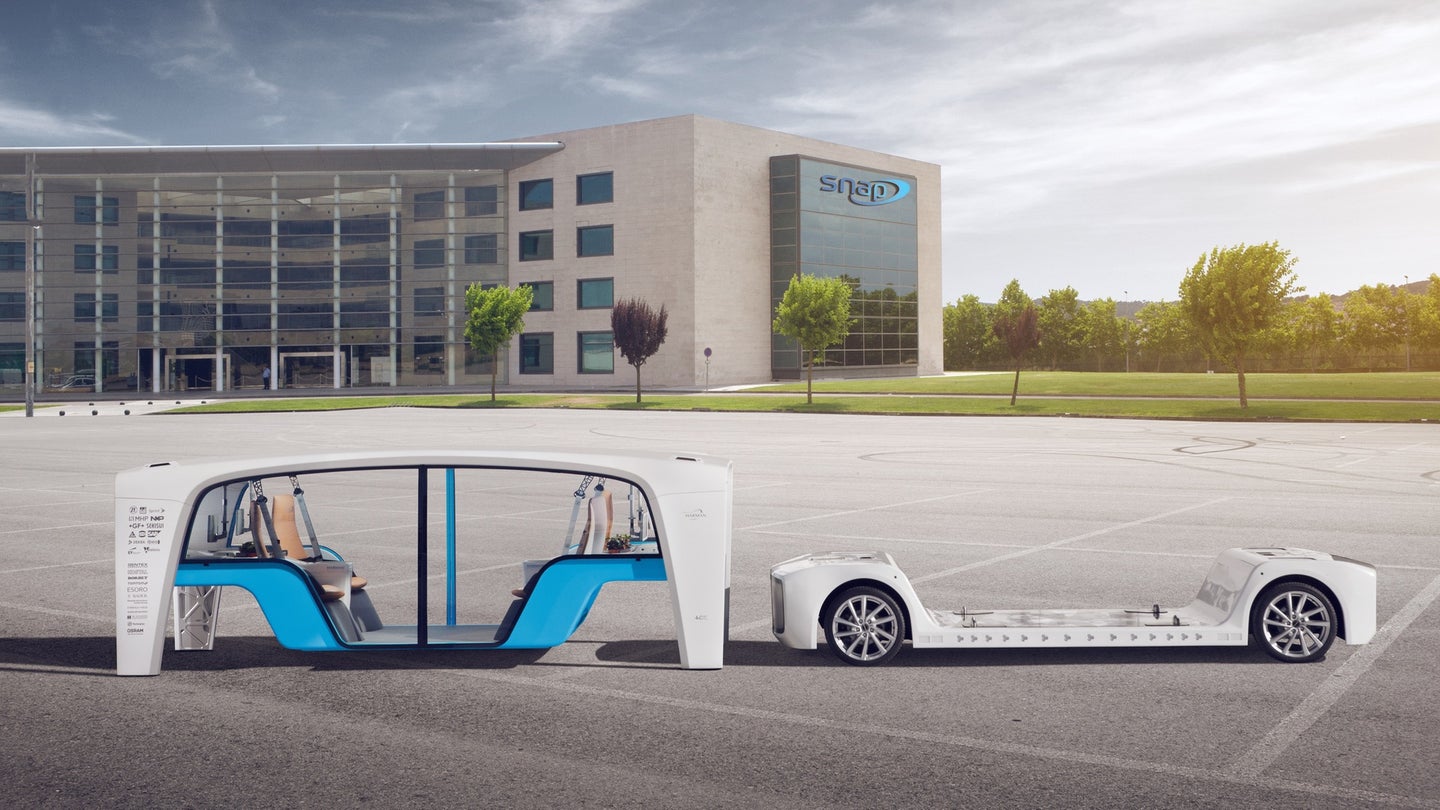 You can always count on Rinspeed to arrive at an auto show with some sort of unusual concept car, but lately, the Swiss firm has become more focused on how autonomous driving will change car design. The Oasis concept had all of the comforts of a living room, and now Rinspeed has come up with an autonomous electric box called the Snap.

Debuting at CES 2018 in January, the Snap's rectangular body can actually be removed from the chassis and replaced, much like the General Motors Autonomy concept from the early 2000s. Rinspeed this modular setup will allow the powertrain and running gear to be easily replaced when new technology becomes available, or when components wear out. The body can be continuously mated to new chassis as needed.

The body also has deployable legs, allowing it to stand on its own as a stationary structure. Rinspeed says it could be used as a camper or even a mobile office. The interior is basically just a collection of seats and touchscreens. Iris scanners identify individuals, Minority Report-style, bringing up personal preferences for things like music and destinations. Rinspeed also designed a small robot that can run errands for the people onboard.

The Snap features an electric powertrain supplied by ZF, along with four-wheel steering for increased maneuverability in urban traffic. It's also designed to be autonomous and uses six external projectors to communicate with other road users and pedestrians. They display messages such as "right of way granted" to let people know what the Snap is doing. It's a relatively straightforward substitution for the hand gestures and eye contact human drivers use to communicate.

Like all Rinspeed concepts, the Snap isn't destined for production. It was just built to demonstrate some new ideas. But given the potential changes that could be wrought by autonomous driving and ride sharing, it's theoretically possible that future cars could morph into mobile boxes like the Snap. No one said cars have to continue looking like cars.

Rinspeed Ʃtos Concept is Full of the Future

A.I., autonomy, a folding steering wheel, a drone, a dance floor… it’s all there.