Is Navya's Autonom Cab the Electric, Autonomous Taxi of the Future?

It's a big step up from Navya's first autonomous shuttles. 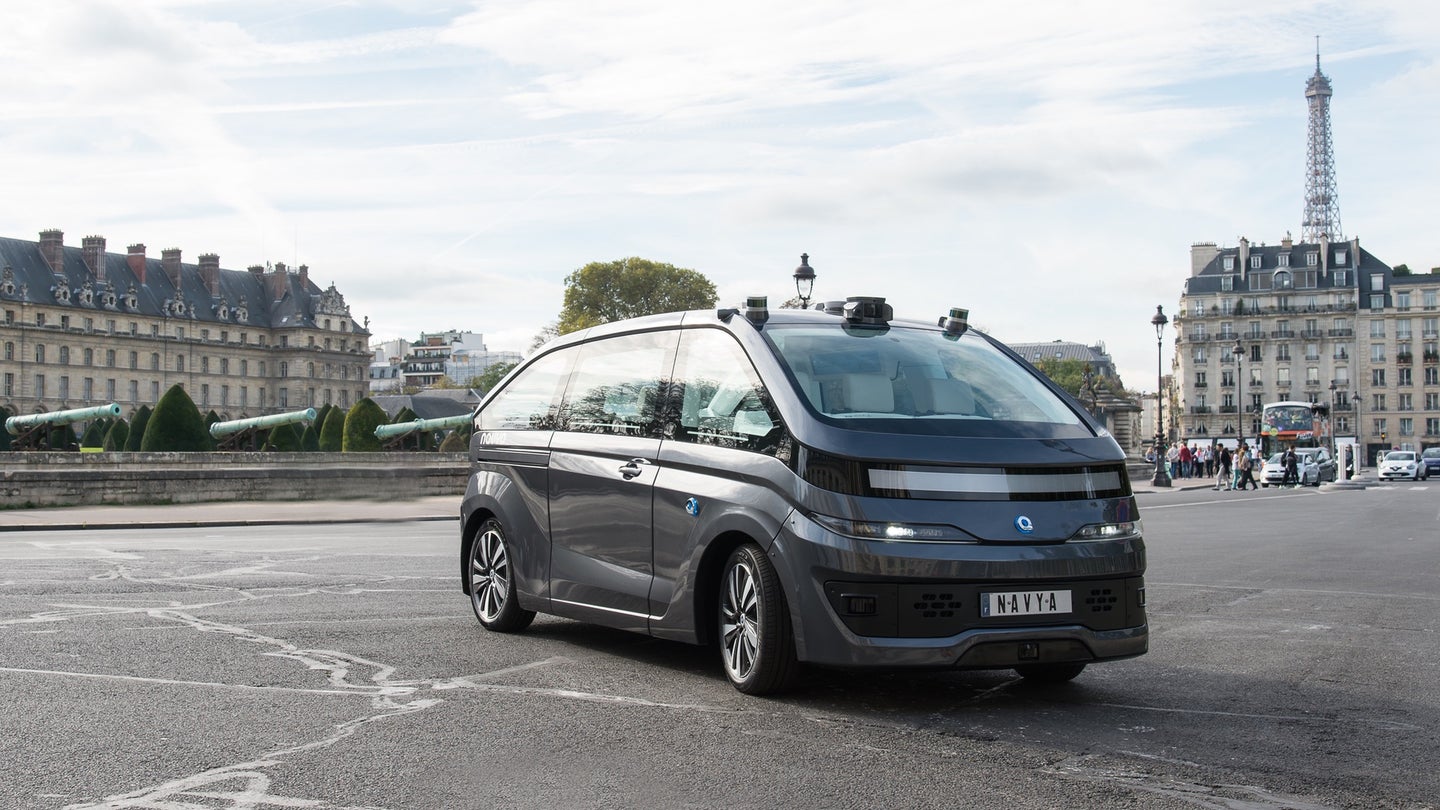 Navya has created a niche building small autonomous shuttle vehicles. One of its vehicles is shuttling passengers around Las Vegas as part of a pilot program run by AAA and transportation management company Keolis. Now Navya has a new version that could be an inch closer to a true replacement for today's taxis.

Unlike Navya's previous vehicles, the Autonom Cab looks more like a conventional car. It's still a low-speed vehicle, but Navya claims the Autonom Cab is the first vehicle of its kind intended for mass production. The company plans to sell its creation to operators of autonomous taxi and ride-hailing services.

The Autonom Cab looks like a futuristic minivan and, like a minivan, it features sliding doors. It can seat up to six people on benches that face each other. Since there are no manual controls, there is no need for the front seats to face forward.

A 15-kilowatt (20-horsepower) electric motor provides propulsion. The Autonom Cab's cruising speed of 30 miles per hour may be faster than the 15 miles per gallon maximum of Navya's previous Autonom Shuttle, but it will still restrict the new taxi to surface streets. Navya's press materials said 22- and 33-kilowatt-hour battery packs will be offered, but did not quote range.

Navya views itself purely as a vehicle manufacturer, and doesn't plan to use the Autonom Cab in its own mobility services. But given the number of companies hoping develop autonomous ride-sharing services, including the likes of Uber and Lyft, there should be a ready market for a vehicle built from the ground up for autonomous driving.