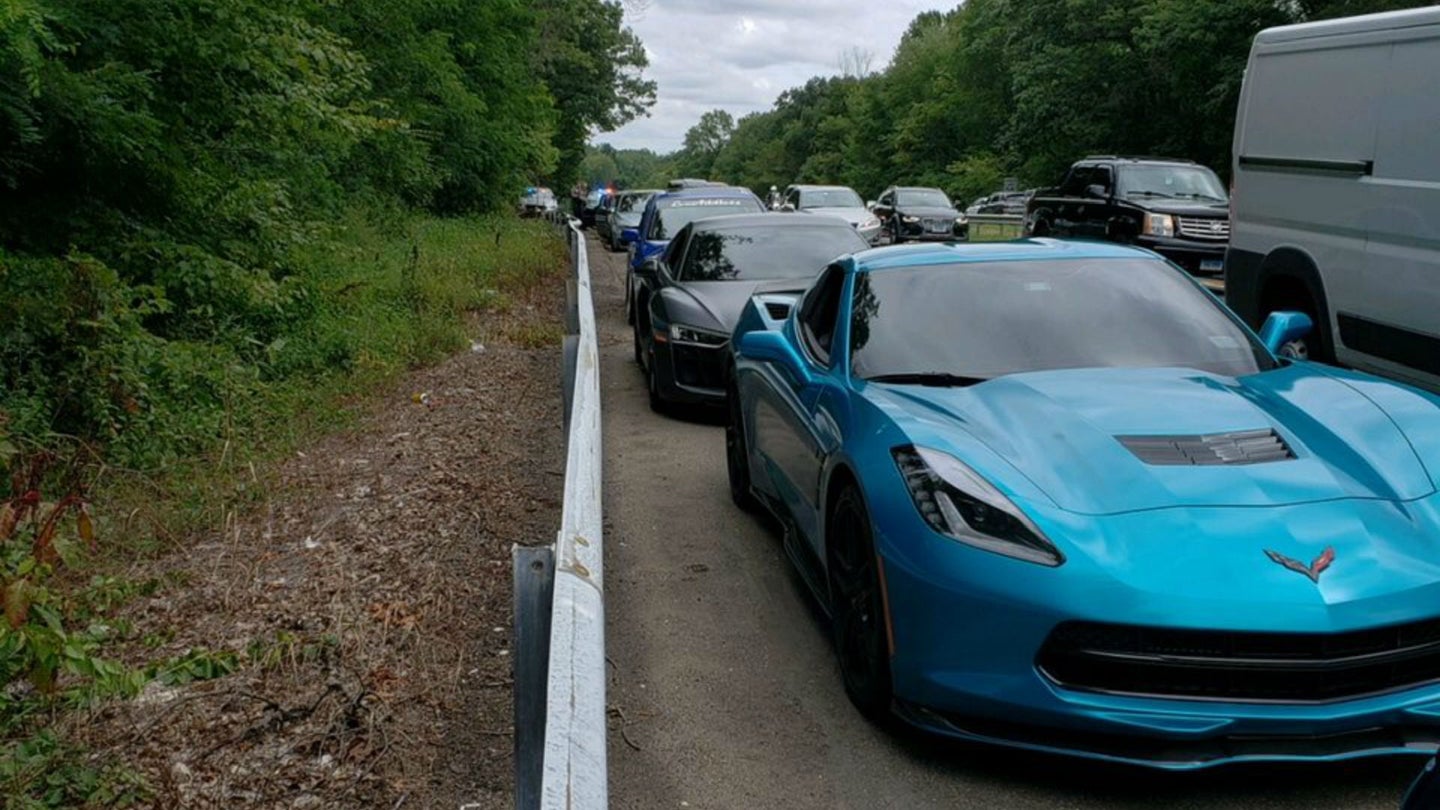 On Sunday, the Connecticut State Police intercepted a convoy of 10 supercars accused of blocking traffic and driving slowly.

Authorities received several calls complaining of a group of "racing type cars" driving slowly on southbound Route 15 between New Haven and Hamden, Connecticut. The group reportedly blocked both lanes of the highway, clogging traffic, and when the group was spotted nearing a tunnel, Trooper First Class Glowacki flashed red-and-blue on the entire convoy, halting it before calling for backup.

Ten vehicles in total were stopped, two of which appear in the above photo to be a Chevrolet Corvette and an Audi R8.  All ten were issued infractions for blocking traffic, much to the pleasure of the now-free traffic behind them, which reportedly cheered the officers' punitive actions.

The driver of the lead car claimed that the group was filming a pilot episode for an upcoming show. What medium the alleged show would be presented through was not stated in the Connecticut State Patrol's social media post on the matter. In light of Netflix's announcement of more new original car shows coming to its platform, The Drive reached out to both Netflix and the Connecticut State Patrol for additional information on this story, and we will update when we receive their responses.

Driving too quickly is not the only way to get oneself ticketed in the United States today. At the start of last month, Idaho joined a group of states that ban driving too slowly in the left lane, which carries a $90 fine.

She fought the law and…You know the rest.