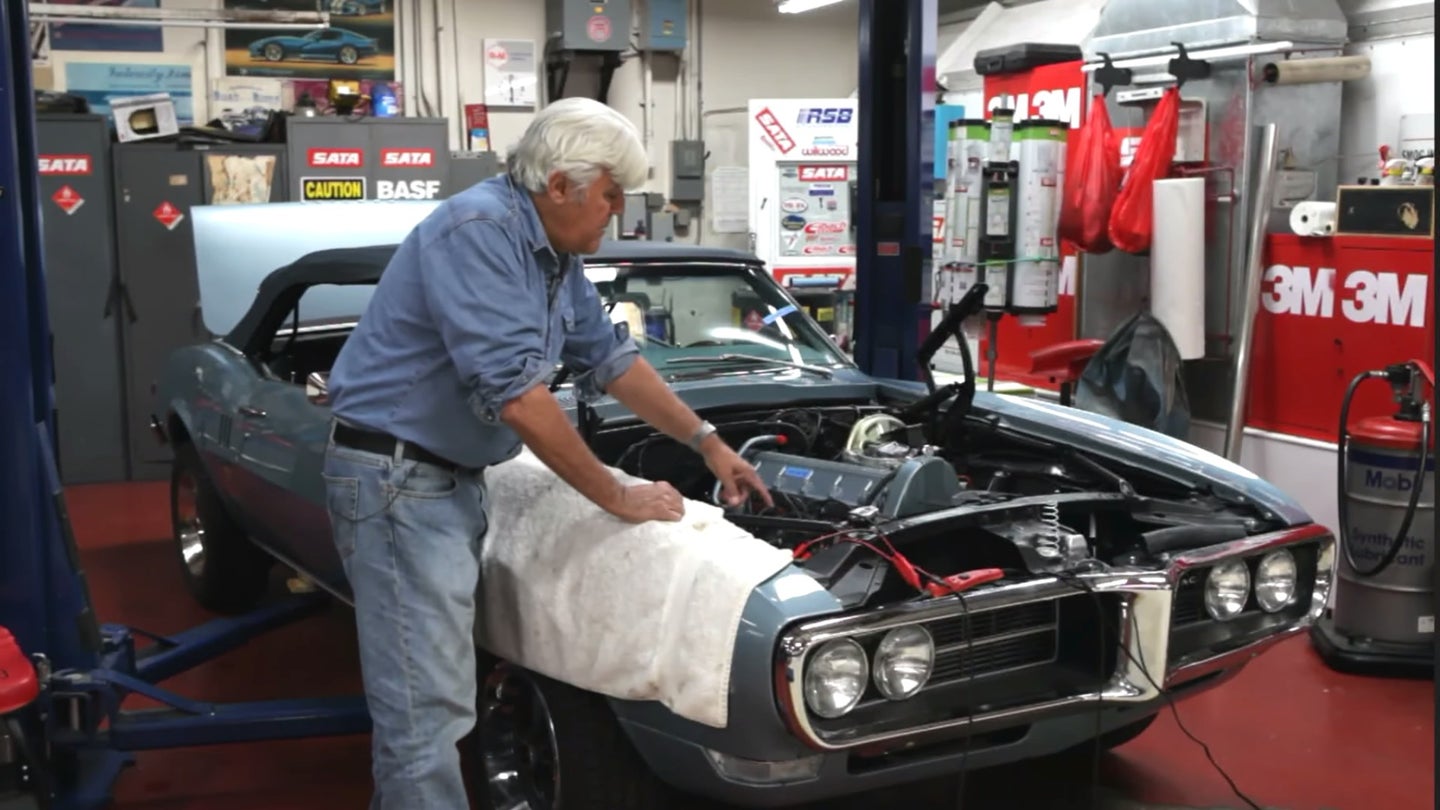 Despite not having his usual crew on location due to the pandemic, week after week, Jay Leno gives us a detailed look at some of the rarest vehicles on the planet, all running pretty much perfectly thanks to being well maintained since new, or having been carefully restored by his team of skilled experts. Sometimes, such a job can take up to a decade or even more due to the rebuild running into certain problems, or simply another somewhat smoother project taking priority. At this point, I don't even want to guess how many cars and bikes Jay Leno has, yet his regular restoration updates give us a great preview of what's yet to come. The answer is always "plenty more."

Now, I wouldn't call a continuously parked car or bike a project. If nothing is happening to it for more than, let's say, a year, it's just a non-functioning vehicle that's degrading even in a climate-controlled garage due to not moving at all, and as more time goes by, the less likely that situation is to change. The opposite can also be true, of course, yet if your garage contains multiple such supposed projects, the writing is on the wall. With his resources at hand, if a Leno project takes 13 years to complete like in the case of his 1920 ReVare packing the hot Rochester-Duesenberg engine of the era, that's only because he once again has tasked his team with at least one too many projects to keep on schedule.

This time around, the first surprise to me was that he owns a Panhard 24, the French coupé of the '60s powered by an 848 cc two-cylinder boxer engine. The second was that his paint master's 1956 Ford will be a hotrod with a modern powertrain. The third was that legendary British motorcycle manufacturer Brough Superior produced cars. I had no idea, yet it turns out that between 1935 and 1939, the company built around 85, which used Hudson engines and Hudson chassis with a new body by Brough Superior. Now, one of these is part of Leno's collection.

There's more, of course. The star of this episode has to be the also French 1953 Talbot Lago Grand Sport in Competition spec with the four-speed manual. Only 19 of these Grand Sports were made, mostly equipped with Wilson preselector gearboxes. Serial number 1102 was lost for decades, though it turns out that a Californian car collector bought it in France in 1965, only to take it home and park it with a full tank of gas for the following 50 years. At the age of 98, the gentleman called Leno and the car is now saved, along with its 4.5-liter pushrod six-cylinder engine with a trio of Webers, speedo going up to 200 km/h (124 mph), and history of being used by Talbot Lego as a test car for the esteemed press.

Needless to say, Leno's 1968 Pontiac Firebird Sprint remains just as tempting. A rare American beast fully optioned with its 4.1-liter overhead-cam six-cylinder, this car now also features custom made rocker arms to cope with the wear the original GM parts just couldn't. At the same time, the team is taking a look at the custom rear-drive 1966 Oldsmobile Tornado that has 17-inch wheels and a 1,076-horsepower twin-turbo V8. When it comes to the motorcycle section, I just can't wait to learn more about the bike they've been building in partnership with Mobil 1, which has an S&S crate engine like a Morgan 3 Wheeler.

Finally, Leno's 1914 Detroit Electric should be ready by the end of this year, powered by Nissan Leaf batteries and equipped with such luxuries as a late 1920s radio, Bluetooth and air-conditioning. Years in the making, it should be a zero-emission blast soon enough.