A routine traffic stop turned into an unforgettable story on a Saturday night. 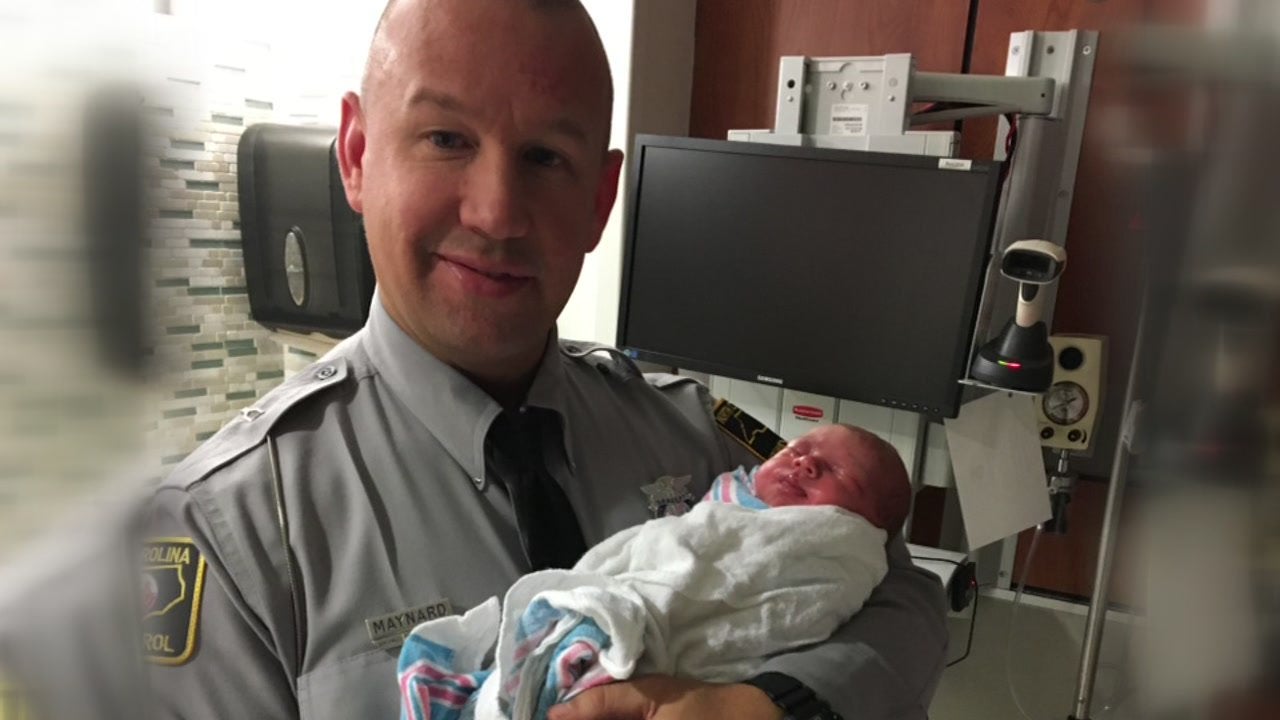 North Carolina State Highway Patrol Sgt. Brian Maynard was running routine traffic enforcement last week when a van sped past him at what appeared to be 85 miles per hour. Thankfully, Sgt. Maynard's dash cam caught the incident as he chased down the speeding vehicle around midnight. However, instead of just dealing the driver a hefty fine and chalking it up as a normal day on the job, he quickly became the hero of a special situation.

The van was piloted by Jimmy Baker and his wife, Laura, who informed Sgt. Maynard of their reason for speeding. "I was telling them the baby was in my pants and he needed to help me," Laura Baker told WRAL. Sgt. Maynard called for an ambulance, but unfortunately, the baby was a bit impatient. "The labor came so quickly that (we knew) they weren't going to be able to make it," Maynard said.

Maynard retrieved a blanket and gloves from his cruiser and prepared to help the couple deliver the child. Sgt. Maynard said he remembered his training and used it to help the Bakers deliver their baby into the world.

"It was scary, yet rewarding at the same time," Maynard explained. "It was the first time I had to do that."

The child was transported to WakeMed and Jimmy Baker said he, his wife, and newborn are all doing well. Sgt. Maynard was very humble about the incident stating, "I did the best I could do."

There is no word if Mr. Baker received a ticket for his speed infraction.

Make sure that your child’s car seat is appropriate for their size and that the straps are tight.