The motorized BEC Mobility wheelchair was the last one Hawking used before ALS took away voluntary control of his hands. 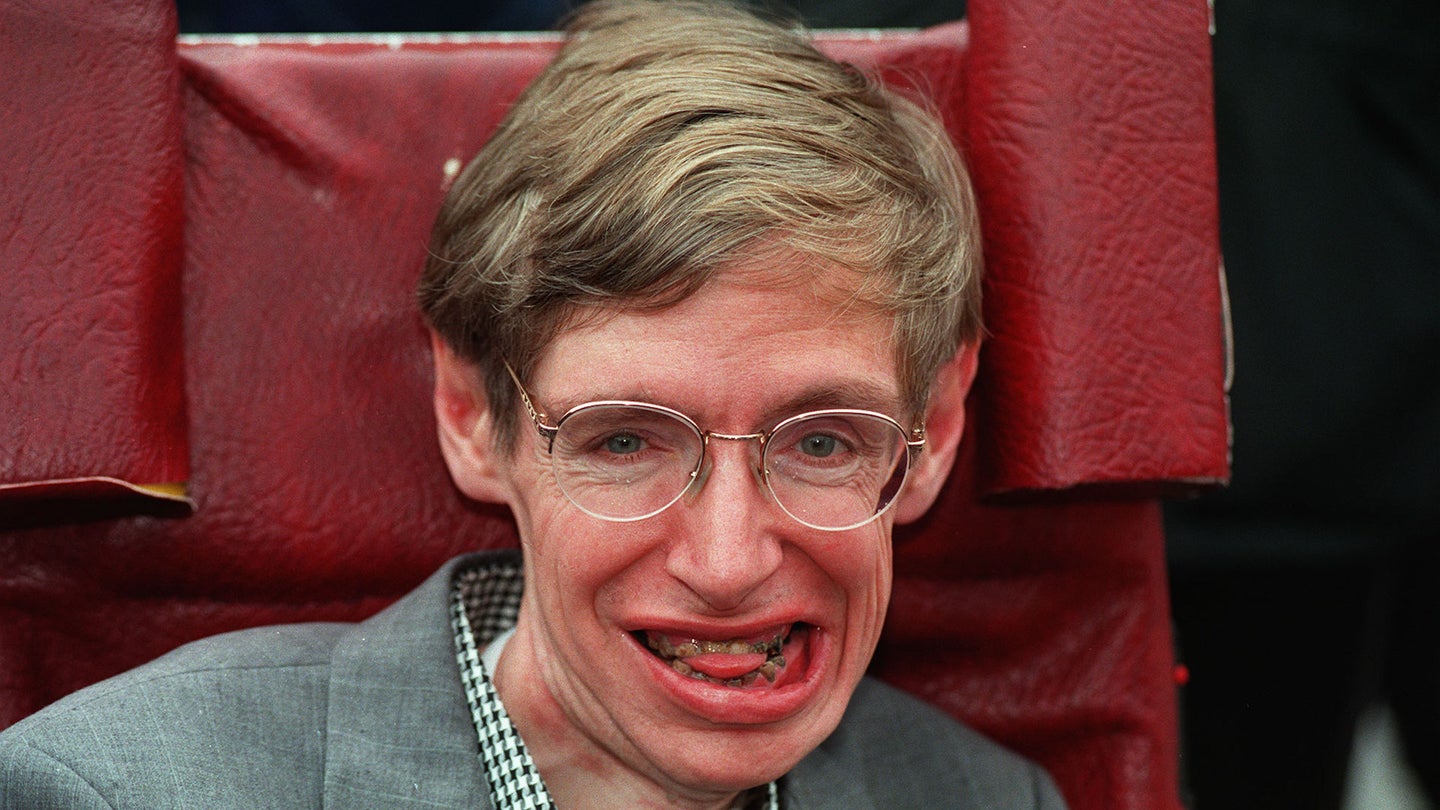 Stephen Hawking’s motorized BEC Mobility wheelchair is headed to auction on Christie’s website Oct. 31, according to Autoevolution. The item is sold for its historical value, and not as a functioning piece of medical equipment.

The auction house states this particular chair is the earliest remaining one used by the world-renowned theoretical physicist, and thereby estimated to bring in between $13,000 (10,000 pounds) and $19,000 (15,000 pounds).

Hawking owned and used this Penny & Giles Technology-powered chair from the late-1980s to the mid-1990s. The red and maroon leather-bound chair is the one he used before his amyotrophic lateral sclerosis robbed him of control of his hands. Once the disease spread to his upper limbs, Hawking required more advanced technology in his chair, which eventually included the famous voice synthesizer which steeped into our collective culture.

For those unfamiliar with amyotrophic lateral sclerosis, the disease eradicates neurons that are responsible for voluntary muscle control. Though Hawking was diagnosed in the 1960s to live no longer than 23 years of age, his particular variety of the disease was a slow one. He brilliantly theoretically explored our cosmos for the rest of us before dying earlier this year at the age of 76.

Regarding the chair itself, Christie’s is adamant that the item is an object of cultural and historical value, and not a medical tool for anyone pondering its health benefits. According to the auction house, the chair will be “sold as a collector’s item and not as an item for medical use.”

“Christie’s makes no promise that the property is of satisfactory quality or fit for any purpose and sells the property with no warranty except for the title,” the listing reads.

Fortunately, the winning bidder won’t be the only one benefitting from the upcoming auction. Christie’s will be donating the proceeds to The Stephen Hawking Foundation and The Motor Neurone Disease Association, both of which are involved in research, advocacy, and education for people living with or affected by the disease.

Mark Zuckerberg is among the probe project’s investors.