Mark Zuckerberg is among the probe project’s investors. 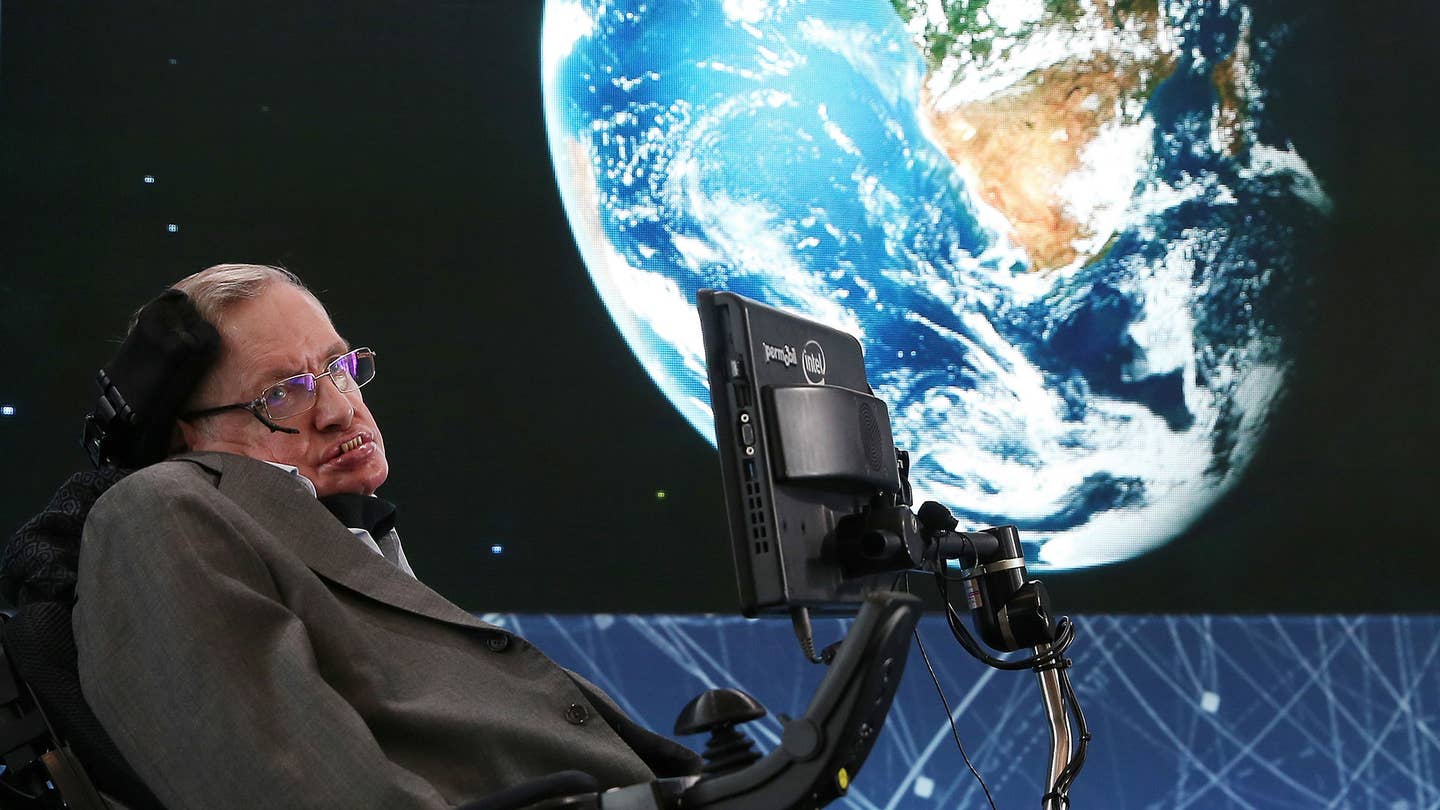 Famed physicist Stephen Hawking is teaming up with Facebook founder Mark Zuckerberg and Russian billionaire Yuri Milner to spend $100 million developing tiny space probes capable of flying from Earth to the Alpha Centauri star system 4.3 light-years away—in less time than it takes most people to pay off their mortgages.

The mission, called "Breakthrough Starshot," may sound like a rejected Bowie album title, but the mission itself is straight out of Star Trek's backstory. Miniature unmanned space probes called "nanocraft," each weighing about as much as a paperclip, would be propelled across the interstellar abyss by a one-yard-wide sail. Instead of wind (solar or otherwise), though, these sails would be pushed by lasers fired from Earth. Keep the laser trained on a probe long enough, Hawking and Milner say, and the space craft would reach roughly 20 percent the speed of light—fast enough to cover the four-plus light years in around two decades. By contrast, it would take a conventional spacecraft roughly 30,000 years to make the journey.

Once in the Alpha Centauri system, the nanocraft's array of sensors and cameras would record as much as possible, then beam it back to Earth at the speed of light. And since the nanocraft would be small and inexpensive, hundreds or even thousands of probes could be sent for the cost of a single old-fashioned mission.

That's the idea in principle. In practice, it requires exponential leaps in nanotechnology and laser technology. But the Breakthrough Starship team believes that a Moore's Law-like growth curve in these fields is possible. As such, the initial $100 million investment will be used to fund research and development of the technologies needed to get the project off the ground (pun definitely intended).

During an April 12 press conference atop New York City's One World Trade Center, Milner described the mission as "the Silicon Valley approach to spaceflight." All of the work will be open-source and available to the public, the group said.

"The message that Stephen Hawking and I want to send is that for the first time ever, this is an achievable goal,"Milner told The Washington Post. "Fifteen years ago, it wouldn't have made sense to make this investment. Now we've looked at the numbers, and it does."

This isn't the first project Hawking and Milner have worked on together. Last year, the duo announced a $100 million initiative called "Breakthrough Listen," dedicated to turning additional ears to the cosmos in the search for extraterrestrial intelligence. That project, according to UC Berkeley scientist Andrew Siemion, promises to be "a revolution" in the hunt for alien life.

Hawking, who has spoken in the past of humanity's need to expand beyond Earth in order to survive, took a deeper view of the project during the press conference.

"I believe what makes us unique is transcending our limits," he said. "How do we transcend these limits? With our minds—and our machines. The limit that confronts us now is the great void between us and the stars. But now we can transcend it. With light beams, light sails and the lightest spacecraft ever built, we can launch a mission to Alpha Centuari within a generation."