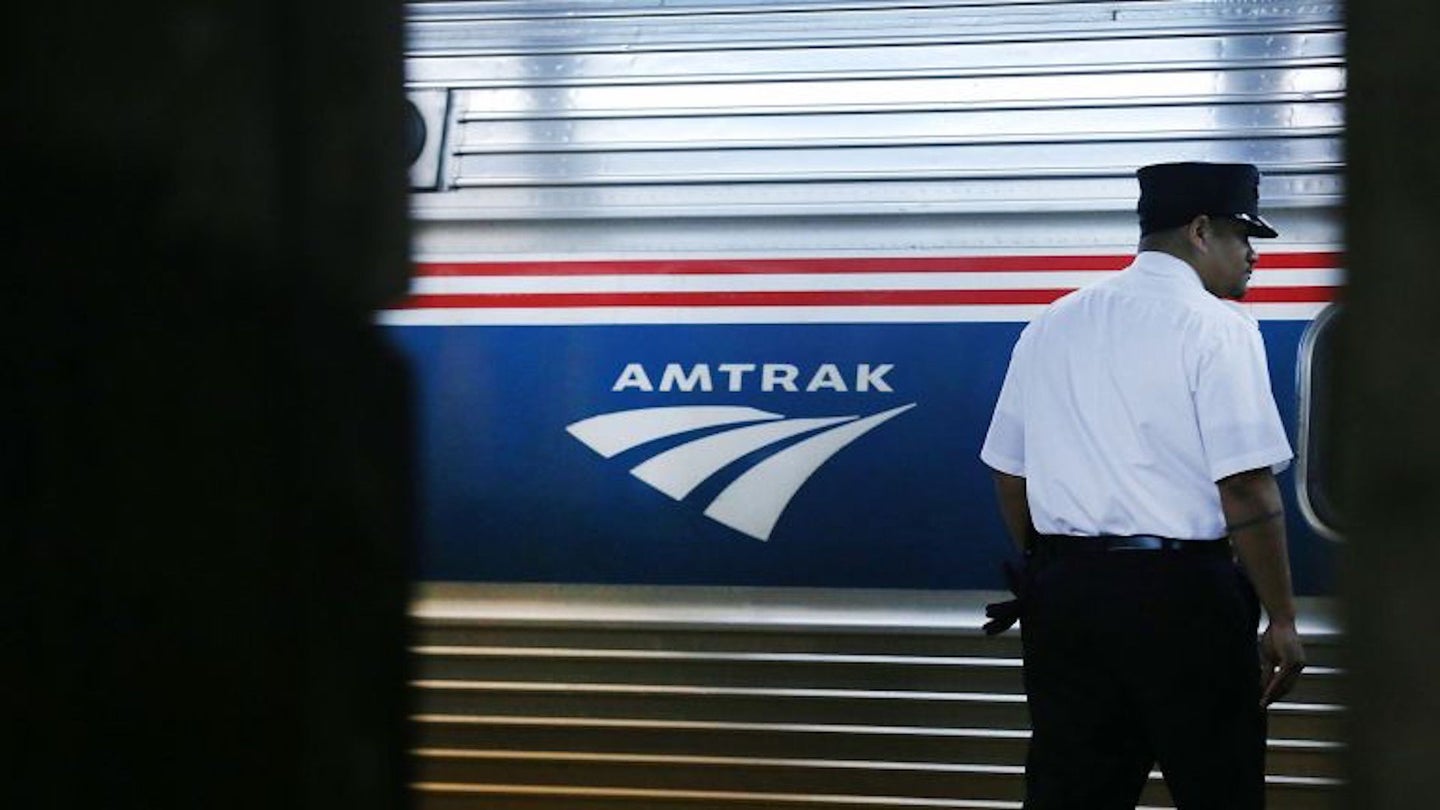 A Boston-bound Amtrak train left Penn Station Monday, only to come to an abrupt halt before reaching its destination. The over-five-hour, on-track delay left the passengers without any facilities, and yes, that means no bathroom.

According to CBS Boston, Train 2230 was stuck outside of Queens until 3 p.m. after leaving the station at 9:30 a.m., and stalling out just 30 minutes later. A power issue caused the all-day stall, which meant no flushing toilets for the passengers on board—which sounds like the worst aspect of being stuck on a train with a bunch of strangers.

After finding no better solution to the restroom situation, boxes became the alternative to the toilets that wouldn’t flush. Passenger Beth Jacobson goes into slightly more detail by offering, “What the stewardesses ended up doing was making a porta-potty out of a cardboard box.”

To be fair, things could have been a lot worse. People could have panicked, gotten violent, or started to act out—everyone reportedly stayed calm on the train. The doors were opened about an hour into the ordeal, hopefully before the makeshift bathrooms were utilized, and passengers were allowed to get up and walk around. They also handed out beverages and food, but those don’t seem like the conditions many would work up an appetite during.

“About an hour of the way through, they decided to open up all of the doors on the left side of the train to help circulate air because it was starting to get warm and stuffy,” passenger Nick Yeh said. He also added that the train stopped once again after it started moving, the second time over an apparent brake issue.

Even after the train was repaired, the passengers still had to stay on the locomotive until they arrived at their destination, about seven hours late.