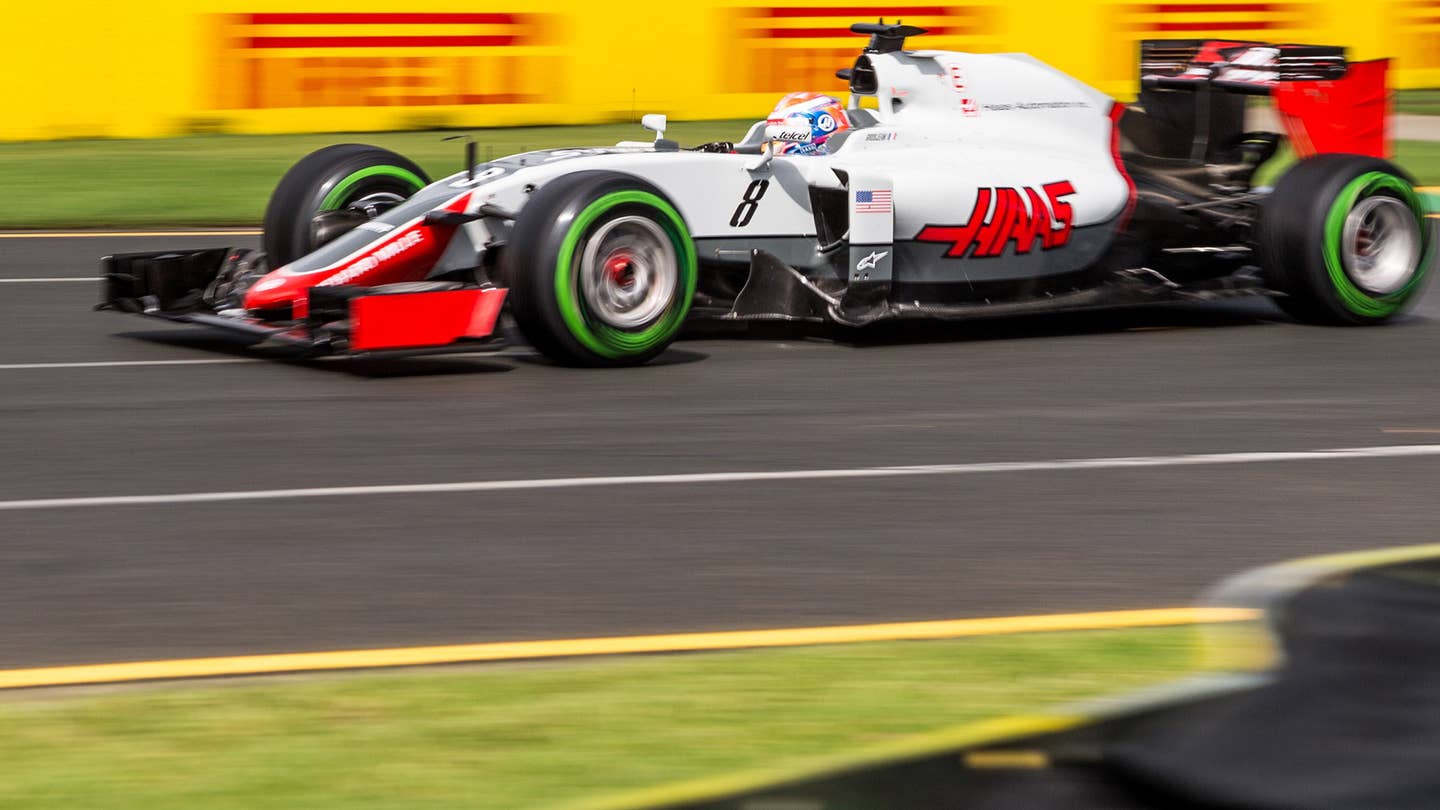 “I’m just hoping we can finish the race,” said Gene Haas, minutes before his Haas F1 Team debuted at the Aussie Grand Prix on Sunday. “If we do that, I’ll be happy.”  The team did that, and a hell of a lot more. Haas F1 driver Romain Grosjean started 19th and climbed 13 spots to finish sixth, giving the team eight points in the constructor’s championship in the first race of the F1 season.

How big an accomplishment is this? Consider some facts: No American team has raced in F1 in 30 years. No team from any country has scored a point in a debut race in 14 years, when Mike Salo finished sixth for Toyota. No American team has won a Grand Prix since the summer of 1976, when Gerald Ford was president. Not that Haas has won a GP. But sixth in the debut, by all accounts, “feels like a win,” said Grosjean—the man who brought it home.

As Mario Andretti wrote recently for The Drive, “If they come away with some points [this season], that would mean success. A top five would be a second Christmas.” Haas came one spot from a second Xmas in his debut. And in doing so, the team beat some of the most storied names in the business, from Renault to Sauber to McLaren.

The race was won by Nico Rosberg of Mercedes AMG, followed by Lewis Hamilton of Mercedes and Sebastian Vettel of Ferrari in third. (Hamilton started from pole—his 50th and the third most ever, behind Michael Schumacher and Ayrton Senna.) The three-man podium has become quite familiar, all the more reason why Haas’s sixth place is the biggest story of the weekend.

From the moment Haas partnered with his team boss and technical director Guenther Steiner (an Italian living in the U.S.), it took six years of work—and probably a nine-figure investment—just to get a car on the grid. Haas is a man who knows how to gamble big. He invented a machine tool in the early 1980s, and turned it into the largest computer machine tool operation in North America. He launched a Nascar team (Stewart-Haas Racing) that has won championships in America’s biggest racing series. He even did 16 months in federal prison for tax evasion.

His weekend in Australia started out grimly. A crash in pit lane caused damage to one of the team’s two cars in practice, before the cars could even get to qualifying. Then, a new qualifying format proved disastrous as it bored fans (you could bake a soufflé in the time it would take to explain this new qualifying system). Haas cars were the third and fourth to drop out, so they started 19th and 20th out of 22 cars.

A spectacular crash on lap 17 red-flagged the Grand Prix. Haas driver Esteban Gutierrez and Fernando Alonso made contact, sending Alonso’s McLaren tomahawking into a wall. Alonso’s survival from this shunt is a miracle (he walked away), and the accident ended the race for one of the Haas cars. The remaining Haas driver, Grosjean, made use of the red flag by changing to new tires that he hoped would last him until the end of the race. He had 40 laps to go, and he inched his way up lap after lap.

Gene Haas and his team boss Steiner must have made meals of their fingernails as Grosjean made his final loops around the circuit in sixth place. As announcer Will Buxton said: “I can’t believe I’m about to say this guys, and I don’t want to curse them, but with only a handful of laps to go, Romain Grosjean holds a two-second advantage over his rivals. He literally has to bring this thing home. What an astonishing result it would be for this brand new team. I cannot remember when a team has turned up so well prepared, so regimented, and so competitive.”

Grosjean’s careful work with his tires proved the difference. “A very good day at the office,” he said afterwards. “This is unbelievable.”

Here’s what else you need to know:

*Best new livery: Renault, in the team’s return to F1