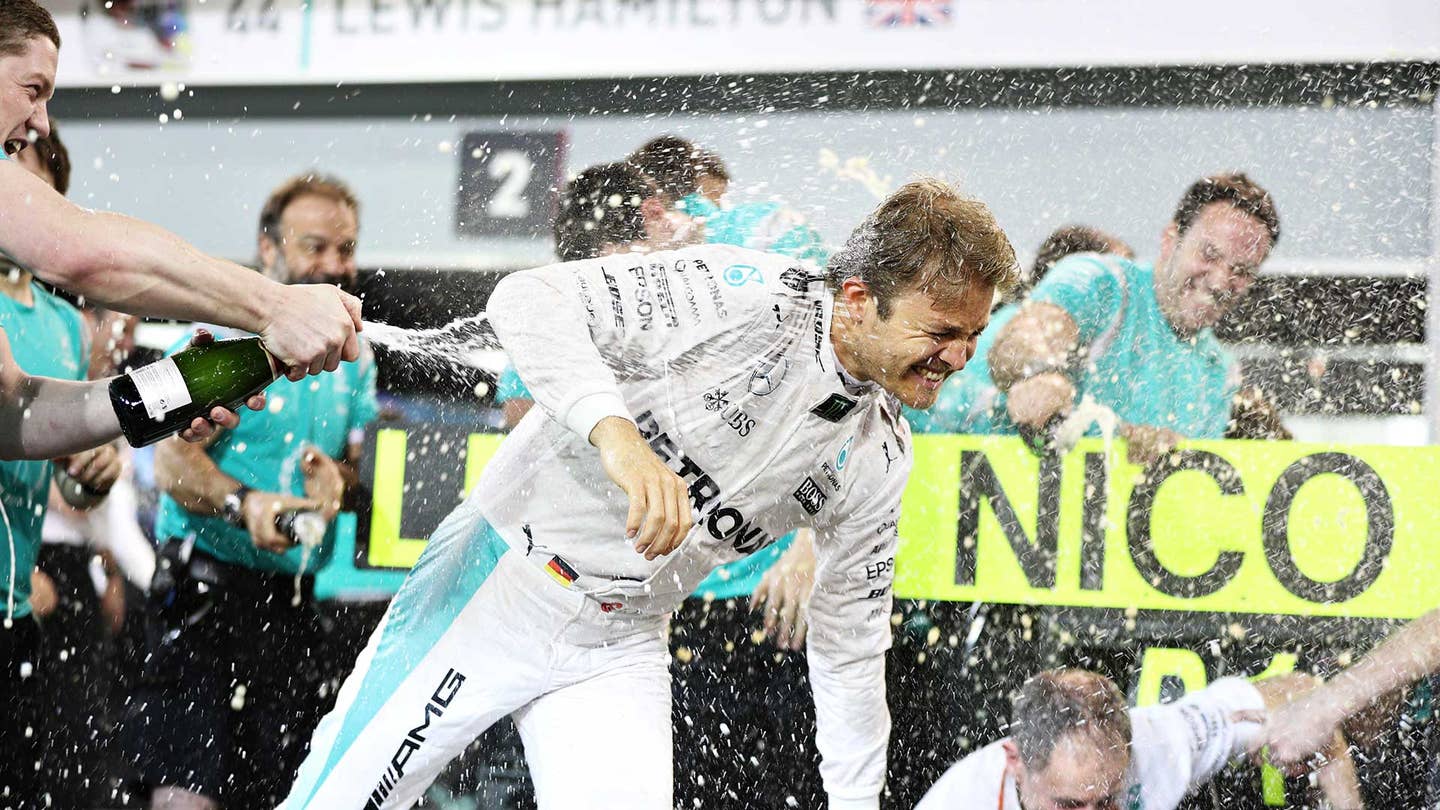 The results have stunned many in the F1 world, and delighted Stateside fans of top rank international racing, who have had no reason to wave the Stars and Stripes for a long time. Grosjean—an experienced Frenchman who came into the season with ten F1 podiums and 280 career points, rolling the dice on this move to the startup American team—is enjoying some of the highest profile success of his career. Even Mario Andretti, America’s last F1 champion (1978), said before the season started that a handful of points on the year “would mean success” for Haas in 2016, and a single top five would be “a second Christmas.”

Haas has wracked up fifth and sixth, in its debut outings.

Grosjean’s results put him fifth in the driver’s standings—ahead of four-time world champ Sebastian Vettel in his Ferrari. Haas is now fifth in the constructor’s championship, ahead of such powerhouses as McLaren and proven medium pack teams like Force India, Sauber, and Toro Rosso.

“This is the American dream,” the French driver Grosjean said post-race of the results for Haas. “I don’t think I’ve ever been as high as fifth in the driver standings. This is the first time in my career. I can’t believe it.”

Grosjean battled from his ninth place qualifying position from the get-go. He made good use of a mangled start—which all but wrecked the defending World Champion Lewis Hamilton’s chances at victory—and the Haas driver pushed his way up through the field. His teammate Esteban Gutierrez suffered a DNF for the second time in as many outtings. But Grosjean—who has proven in the past his ability to go hard in lesser cars while taking very good care of his machinery and tires—took the fight to the finish.

The race was replete with storylines. Nico Rosberg won again, claiming his second victory of the year for Mercedes AMG. Rosberg also hammered out the race’s fastest lap: 1:34.482. Could this finally be Rosberg’s year to topple teammate Hamilton? Sebastian Vettel’s Ferrari engine blew up before the start; it was the first time Vettel failed to see a finish line since the Mexican Grand Prix last year. Fernando Alonso was ruled unable to drive for medical reasons following his spectacular crash in Australia two weeks ago. His replacement, McLaren reserve pilot Stoffel Vandoorne of Belgium, drove the race of a lifetime. The 24-year old backup showed up in Bahrain for practice having never driven the car. He out-qualified his teammate, former world champion Jenson Button (by 0.064 seconds, faster than a sneeze but an important amount of time in F1). Then Vandoorne scored McLaren’s only point thus far this season with a 10th place finish. The Belgian probably bulldozed a future in F1 in this one showing.

But for American racing fans, Haas is the story in Bahrain.

Haas F1 Team began six years ago, when Gene Haas—the man behind Haas Automation, the largest computer machine tool company in North America—met Guenther Steiner, an Italian who had worked as a technical director for Red Bull’s F1 team. Steiner had come to America to work on Red Bull’s now defunct Nascar team, and had settled in the U.S. He had dreams of starting a new F1 team in America. Haas had the money, and a reason to take a chance. He is a man who has experienced the peaks and depths of success and failure. He’s won Nascar championships with his team Stewart-Haas Racing, and he once did a prison term for failing to pay his taxes (he was released in May 2009). He had an idea of his own: To make Haas Automation not just the biggest computer machine tool operation in North America, but the biggest in the world.

Nascar could not deliver that message to China, Australia, Russia, India. But Formula 1 could. All of this gave him “enough of a stupid factor to go forward,” he told this reporter back in the fall of 2014. So he and Steiner made a deal and Haas F1 Team was born.

Two moves have proved strokes of genius: Signing Ferrari as a technical advisor and engine partner, and Romain Grosjean as a driver. Grosjean has called Haas’s brand new racing car—named VF-16 for “very first” and 2016—“one of the best” he has ever driven.

Count on a big American TV audience when Grosjean climbs back into his chariot—in two weeks in Shanghai.