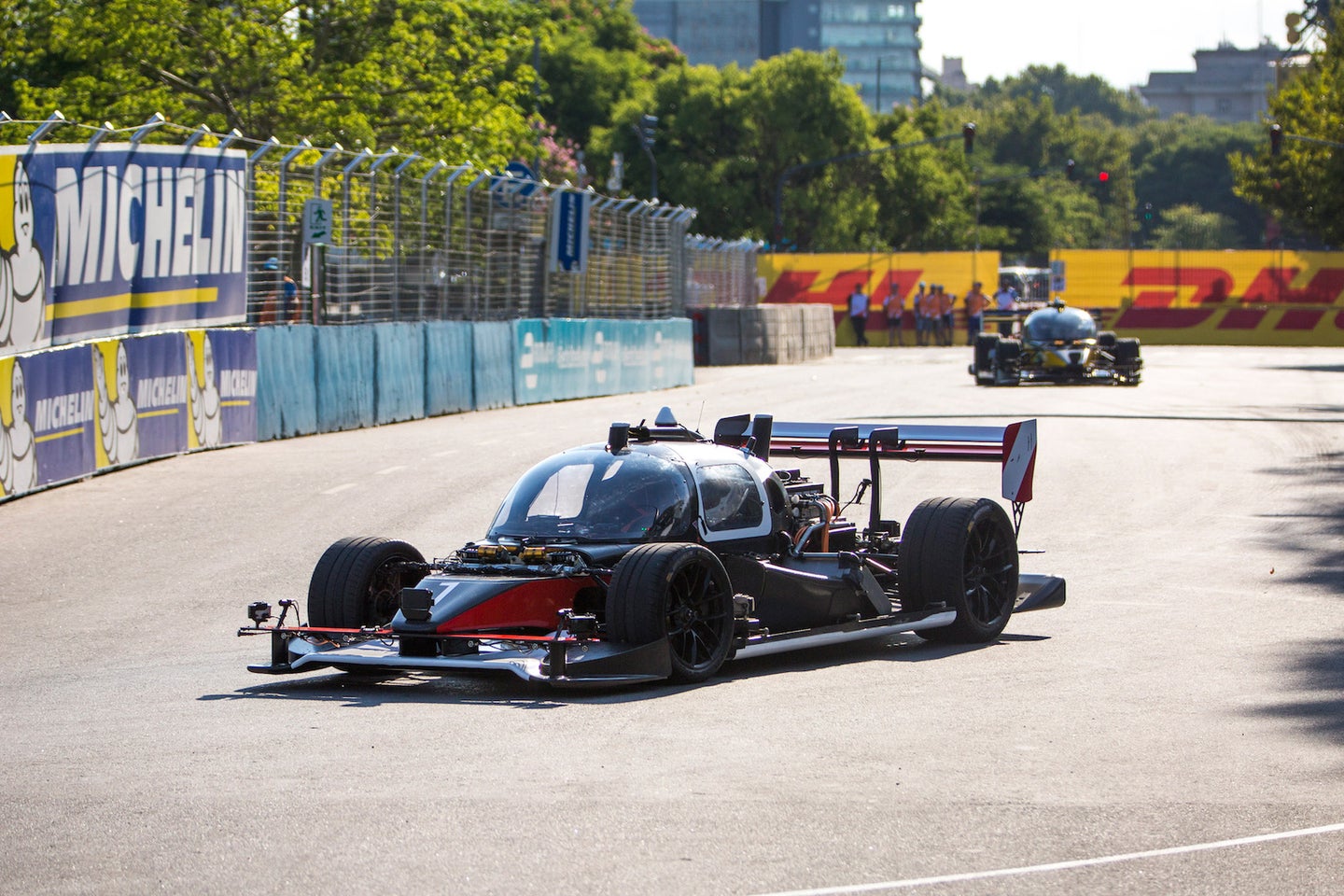 Taking place on the Puerto Madero street circuit in Buenos Aires—a Formula E racetrack—Roborace's DevBots chased each other around for 20 fully autonomous laps and reached speeds of nearly 115 mph. For reference, Formula E cars can only get to 150 mph, according to The Verge.

Mid-race, a dog somehow found its way onto the track, and one of the DevBots successfully swerved to avoiding hitting it. Sadly, the other DevBot later ended up slamming into a barrier, presumably from overcooking a corner. Roborace tweeted, "Devbot 2 while pushing the boundaries of AI had a racing incident on track, leaving Devbot 1 to win."

The self-driving race car program is still undergoing constant development, so a small crash is to be expected once in a while—even if the DevBots' computing power comes from NVIDIA.

Below, you can see that the DevBots appear to be taking the corners quite gingerly, but apparently their straight-line speed was impressive. Obviously, no one was injured in the crash, which Roborace quickly pointed out with an added winky emoji on Twitter.