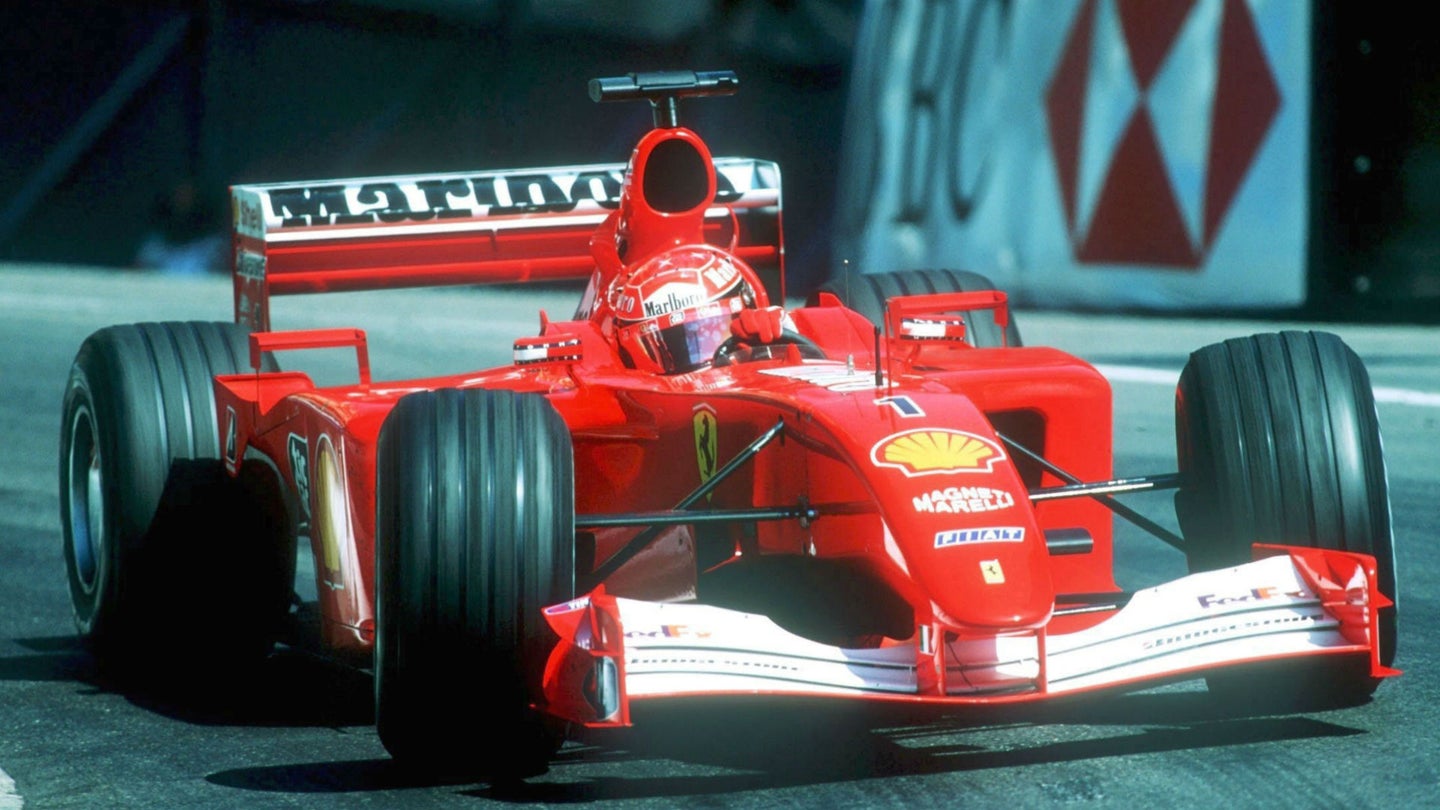 Seven-time Formula 1 champion Michael Schumacher turns 50 years old today, and the German's family is commemorating the milestone with the release of a smartphone app that allows fans to visit the champ's virtual museum and dive into the history and artifacts from his career.

Available on both iOS and Android, the app explores Schumacher's life across three of its five sections, the last two of which offer merchandise meant to cater to fans.

First among the app's submenus is a section featuring video interviews with Michael, recorded before his skiing accident at the end of 2013. Overviews of his drives at various F1 circuits, career records, and statistics are also indexed here. There's even a 3-D, virtual-reality-enabled tour of the Kerpen-Horrem karting track where Schumacher first raced, but this function seems bugged and bounces between only two spots on the track.

Beneath the racing tab is just a promise of features to come. VR and augmented reality will allow access to a pit lane full of Schumacher's helmets, cars, karts, and other digital memorabilia, but all that's here, for now, is a signup button to alert fans as to when these features roll out.

Possibly the crown jewel of the app is the Virtual Tour under the Private Collection tab. This takes users via their phone to the Michael Schumacher Private Collection, which is (ironically) a public exhibition at the Cologne Airport, where admission is free of charge. On display are vehicles varying from Schumacher's Formula Ford 1600 car to his Sauber-Mercedes C11 Group C car, and of course, all seven of Schumacher's F1 world championship-winning cars, including both Benettons and five Ferraris.

Fans can also enjoy video interviews with friends and foes of Schumacher, as well as open a digital shop dedicated to selling memorabilia and merchandise related to Michael, as well as his son Mick, whose racing career looks ready to take off.

Schumacher's nonprofit is promoted through the fourth tab on the app. The Keep Fighting Foundation states through its page that its purpose is the support of culture, education, science, public health, and motivation. Support can be given through other buttons under this tab via donation or the purchase of a book on the driver, titled "MSC." Those wishing to support the foundation for less money can instead do so via "Schumojis."

Insipid as emojis may be, diehard Schumacher fans have the option to purchase Mick or Michael Schumacher-themed emojis from their respective app stores at the price of $0.99.

The app promises that these proceeds go to Schumacher's nonprofit to "spread the attitude of Always Keep Fighting and Never Give Up," which sounds rather similar to how The Susan G. Komen Foundation spreads breast cancer awareness. However, the Keep Fighting Foundation specifies the neuroscience and neurology fields as recipients of its financial aid.

Ruined races mean wasted weekends…or worse. The squeamish among you shouldn’t scroll to the bottom.

The son of legendary Formula 1 driver Michael Schumacher could reportedly follow in his father’s footsteps and race for the Scuderia.