The son of legendary Formula 1 driver Michael Schumacher could reportedly follow in his father's footsteps and race for the Scuderia. 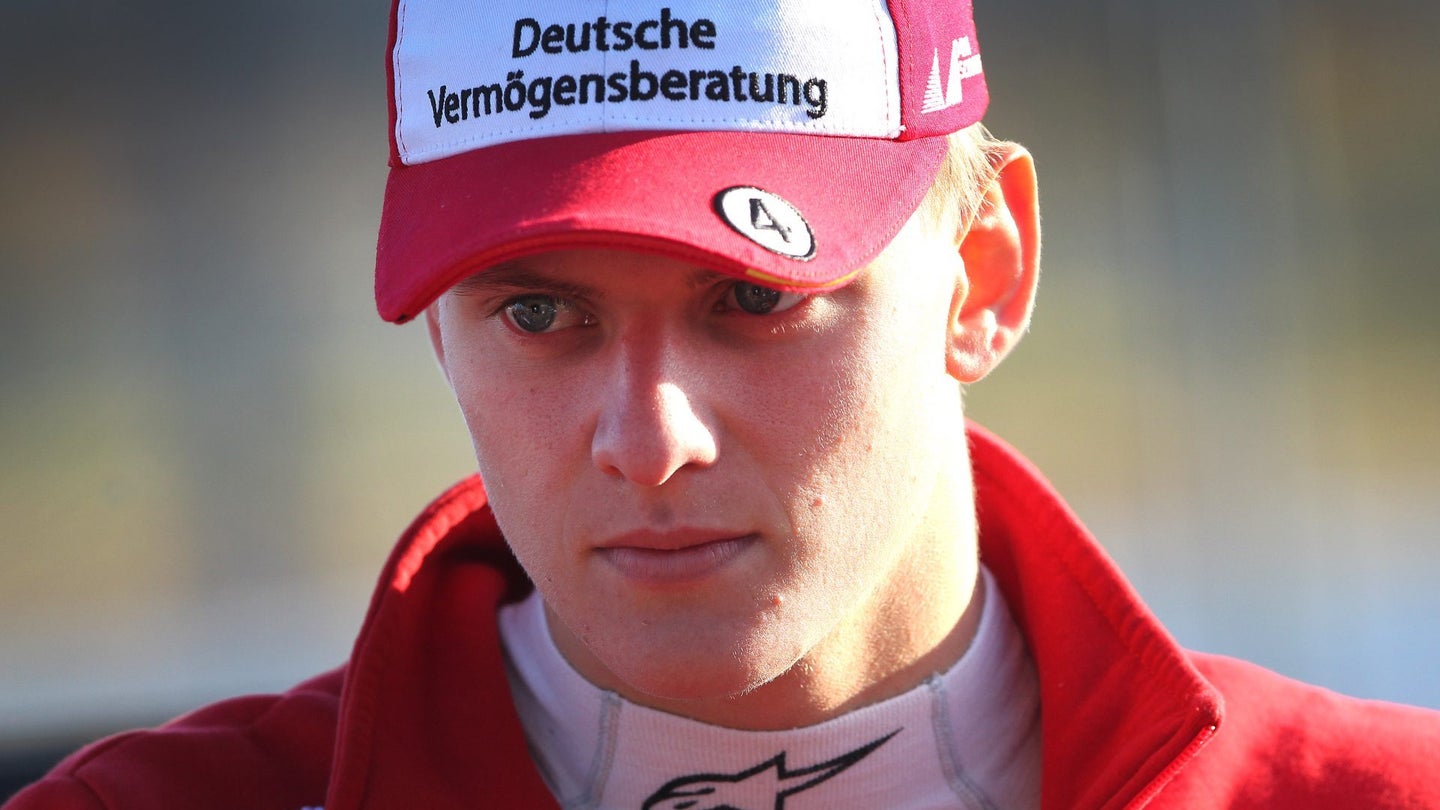 Mick Schumacher, son of seven-time Formula 1 world champion Michael Schumacher, is reportedly near a deal that would put him on track to race for Scuderia Ferrari.

Schumacher's successful title campaign in the 2018 season of FIA Formula 3 Euro for Prema Theodore Racing opened a door to FIA Formula 2, where he will race in 2019 as a Prema Powerteam driver. Former Prema pilot Charles Leclerc won the 2017 F2 title and with it a drive at Alfa Romeo Sauber, where he proved himself a worthy replacement to Kimi Räikkönen at Ferrari for 2019. Leclerc's rapid promotion could be just the motivation Schumacher needs to succeed in F2, with the hopes of replicating his success.

The potential demonstrated by the 19-year-old German and his famous name are of great interest to leading F1 teams Mercedes-AMG and Ferrari; principals of each organization have expressed interest in Schumacher for both his abilities and the marketing value inherent to his family name. They've both made contractual bids for the young gun, according to Motorsport Italy, and of the two, Schumacher reportedly favors Ferrari, with whom his father won five F1 championships.

"This year he won the European Formula 3 with a Mercedes engine, and this is a great result, but it is not part of the young Mercedes program," said Mercedes team principal Toto Wolff. "I have no doubt that he has the potential to become a successful Formula 1 driver. Maybe one day he will race for us, maybe not."

"With a name that is part of Ferrari's history, it is obvious that for him the Maranello door will always be open," said Ferrari team principal Maurizio Arrivabene. "But let it grow [sic] without pressure."