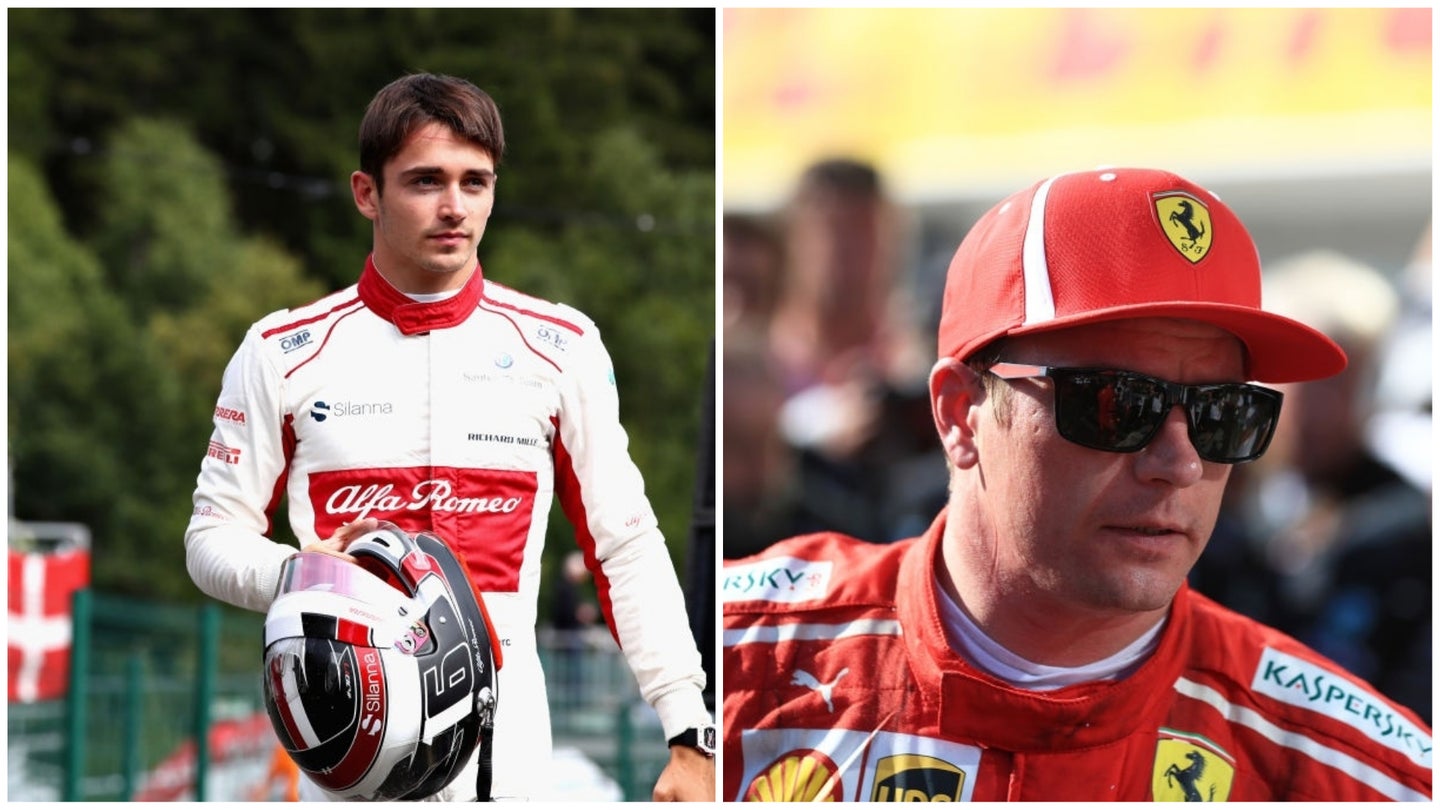 Ferrari has confirmed that Charles Leclerc will join the team next season in place of Kimi Räikkönen who will race for Sauber in 2019 with a two-year contract in place.

The move has long been speculated with many expecting the young Monaco-born driver to join Sebastian Vettel at the Scuderia at some point. Leclerc's favor with former Ferrari boss Sergio Marchionne played to his benefit in the past and, as part of keeping the since-deceased executive's plan in action, he'll be stepping up after just one year in Formula 1.

Räikkönen, 38, remains Ferrari's most recent Drivers' Champion and has served two stints with the team—one from 2007-2009 and the second from 2014-2018. The Finn began his F1 career with Sauber in 2001, launching his successful career which includes 20 Grand Prix wins to date. Additionally, he's managed 18 pole positions after his most recent P1 grid start at Monza in September.

Leclerc is a past Formula 2 champion and has scored points in five races for Sauber this season including a P6 result at Baku.

“Scuderia Ferrari announces that in the next Formula 1 racing season, Charles Leclerc will drive for the team alongside Sebastian Vettel,” said a brief statement from the Maranello-based outfit.

Leclerc professed his excitement on social media, thanking family and friends including Jules Bianchi, his mentor which tragically passed away in 2015 as a result of a racing incident.

Sauber Team Principal Frederic Vasseur released the following quote regarding the switch up on Tuesday:

“It has been a great pleasure to support Charles Leclerc in his rookie year in Formula 1,” Vasseur said. “Since his arrival, he has given the team great motivation. We have constantly improved and we will work hard until the end of this season to achieve the best possible results together. We are aware of Charles’ talent and are confident that he will have a bright future. We will keep on following him closely and we wish him the best on his path.”

Vasseur continued speaking of Räikkönen by adding, “Signing Kimi Räikkönen as our driver represents an important pillar of our project, and brings us closer to our target of making significant progress as a team in the near future."

“Kimi’s undoubted talent and immense experience in Formula 1 will not only contribute to the development of our car but will also accelerate the growth and development of our team as a whole. Together, we will start the 2019 season with a strong foundation, driven by the determination to fight for results that count.”