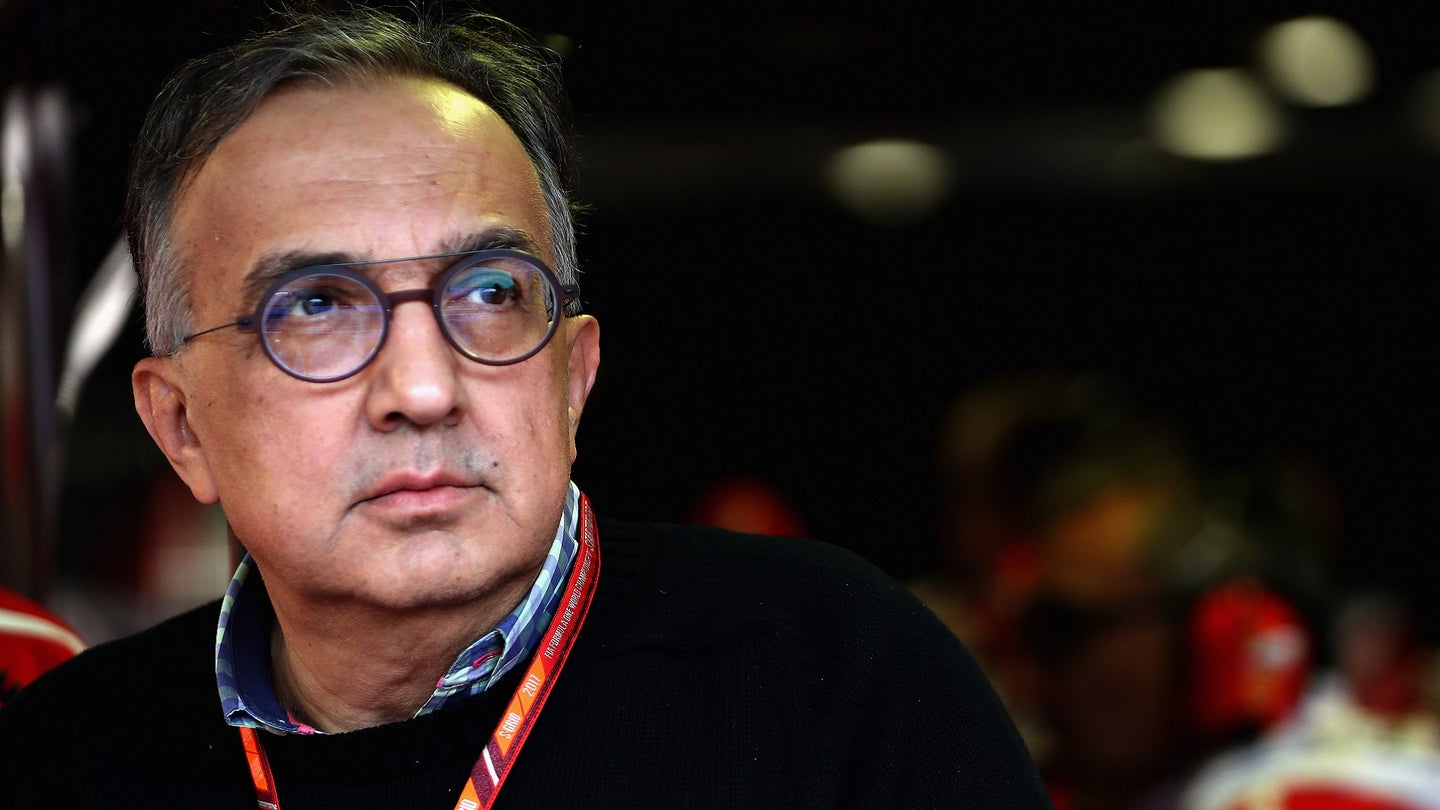 The automotive industry is mourning Sergio Marchionne today, as the former CEO of Fiat Chrysler Automobiles succumbed to health complications he suffered after a routine shoulder surgery he underwent several weeks ago. Marchionne was 66 and leaves behind two adult sons and a longtime partner.

The FCA board learned of Marchionne's ailing health last Saturday when they scattered to establish a succession plan for the Italian-American CEO who was rumored to be in poor health despite the lack of official updates on behalf of the Marchionne family or the hospital. After a brief emergency meeting at the company's global headquarters in Turin, Italy, the board appointed Englishman Mike Manley as CEO. Manley had previously led the company's Jeep and Ram brands to great financial success.

Although not confirmed, Italian sources claim that Marchionne had been diagnosed with invasive shoulder sarcoma, a type of cancer that affects soft tissue and can create tumors ranging from five centimeters up to two inches large. It is known that Marchionne suffered from shoulder pain which limited his mobility at times, further pushing him to go under the knife. Sadly, the surgery did not turn out as planned, with reports claiming that he suffered an embolism mid-surgery.

“Unfortunately, what we feared has come to pass. Sergio Marchionne, man and friend, is gone," said John Elkann, FCA President and Ferrari Chairman. "I believe that the best way to honor his memory is to build on the legacy he left us, continuing to develop the human values of responsibility and openness of which he was the most ardent champion."

"My family and I will be forever grateful for what he has done. Our thoughts are with [partner] Manuela, and his sons Alessio and Tyler," Elkann said.

A shareholders meeting is expected to take place "in the coming days," according to an FCA spokesperson, where Manley's acceptance to the board will become official. Ferrari will hold a similar meeting to accept Louis C. Camilleri as the new CEO of the Prancing Horse.

Italian sources claim that Marchionne was diagnosed with a type of cancer in his shoulder.