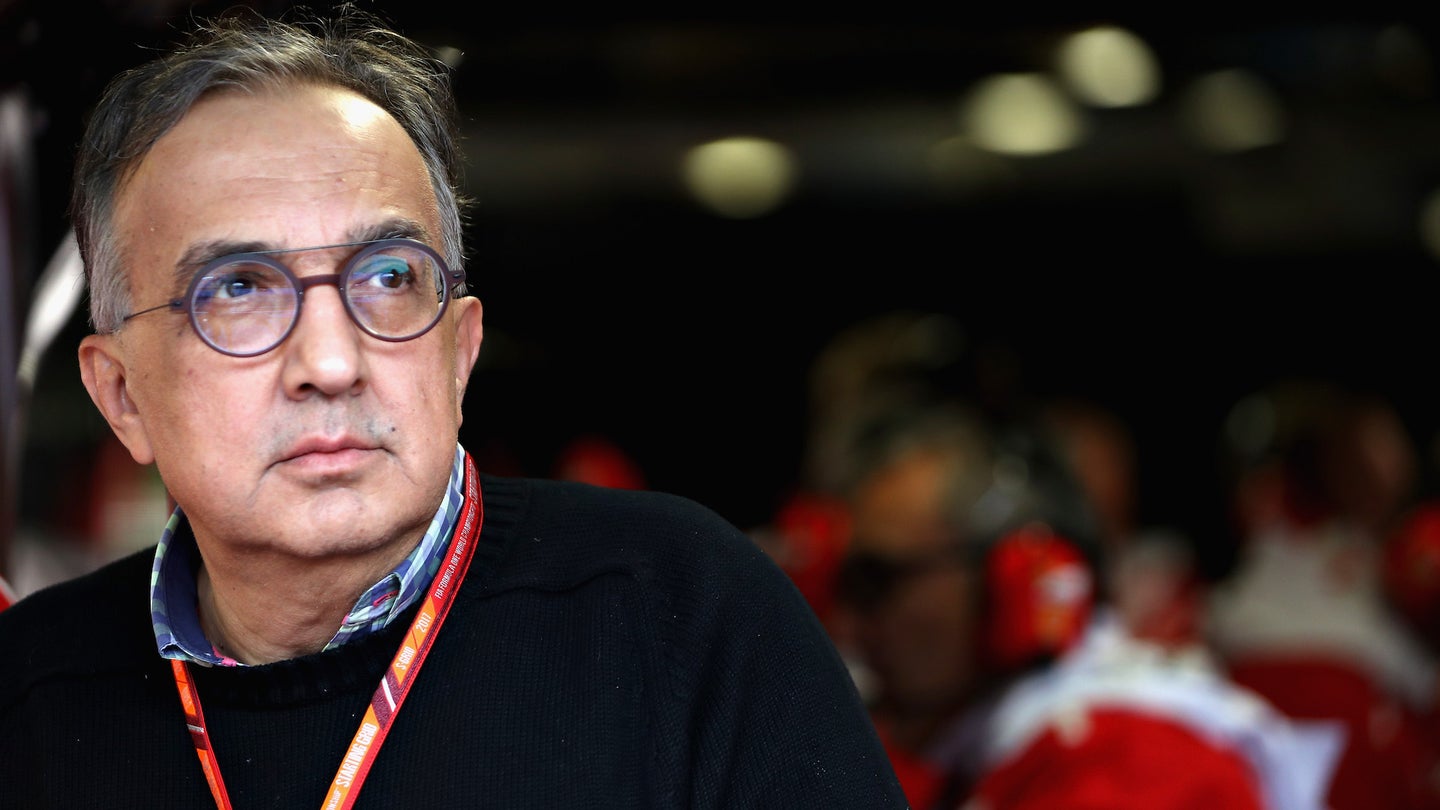 Fiat Chrysler Automobiles CEO Sergio Marchionne will not be returning to work following health complications caused by a recent surgery he underwent in recent weeks. The company's board has chosen Mike Manley, the former head of the Jeep and Ram brands, as Marchionne's immediate replacement on Saturday afternoon.

According to a statement released by the automaker, "unexpected complications arose while Mr. Marchionne was recovering from surgery and these have worsened significantly in recent hours." While it's known that Marchionne underwent a shoulder surgery in Switzerland, it hasn't been released what these complications entail or if they're life-threatening. Whether this move to exchange powers at the helm of one of the world's largest auto conglomerates was caused by legitimate fear that Marchionne's health was at risk, or it was a well-orchestrated strategy to appoint a different boss, only time will tell.

FCA's board claims to have accelerated the CEO naming process that began a few weeks ago to provide Britishman Manley full authority and operational continuity for the company immediately. Manley will also assume full responsibility of the NAFTA region and will be elected to the board after the request is approved at the upcoming shareholders meeting, which should happen "in the coming days."

"I am profoundly saddened to learn of Sergio’s state of health," said John Elkann, chairman of Exor. "It is a situation that was unthinkable until a few hours ago, and one that leaves us all with a real sense of injustice. My first thoughts go to Sergio and his family."

Marchionne has served as FCA's CEO since 2004 and has managed to turn around several business sectors of the brand with great success—although several decisions made by the Italian have been less than popular with its employees and the general public. Like most modern-day CEOs, Marchionne wanted to hasten the development of hybrid and electric propulsion systems, but also pulled the plug on sedans and other passenger cars that weren't profitable.

The Drive reached out to FCA to gain a better understanding of the recent events but were referred to the original press release as the situation is still developing.