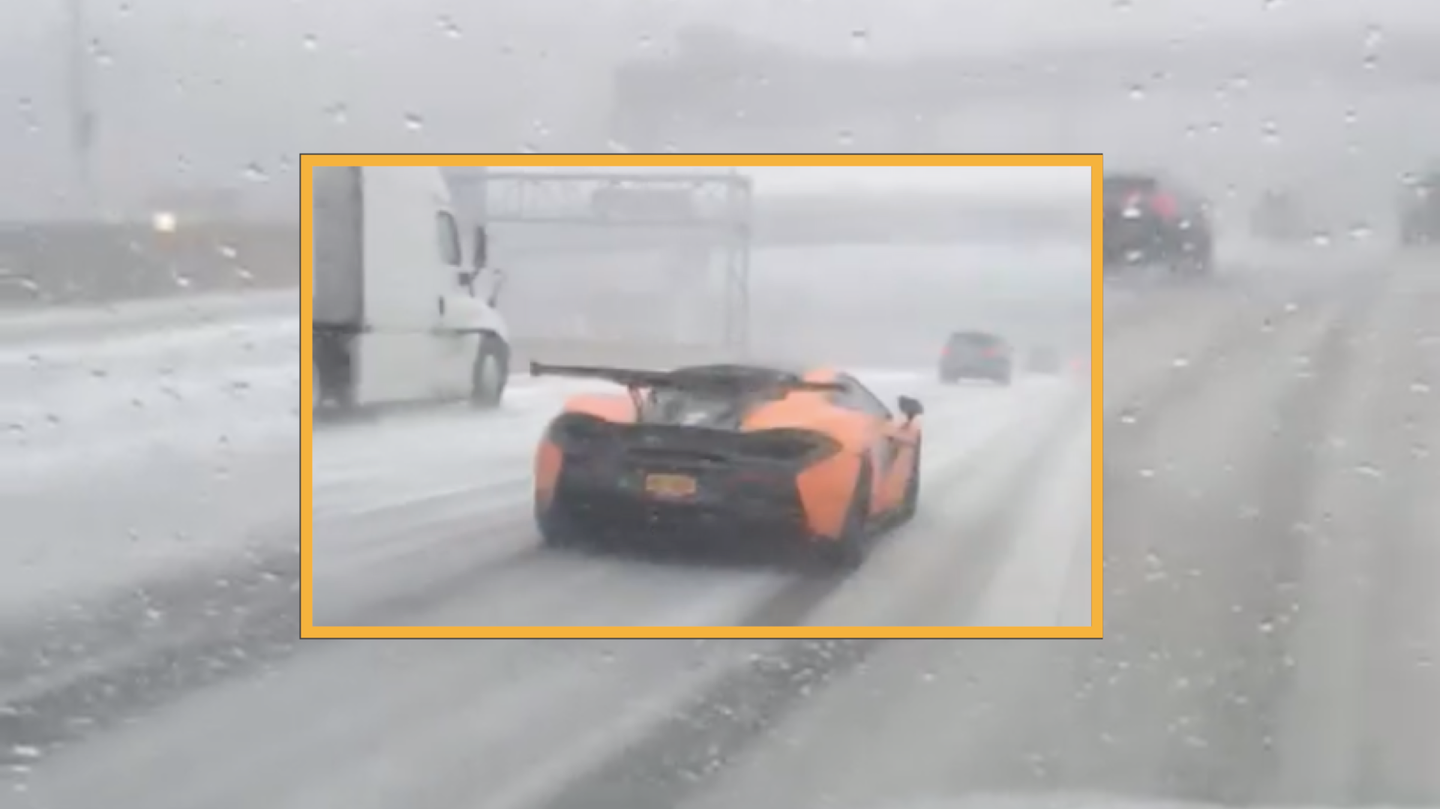 It gets old being told to put winter tires on your car every single year, but having the right tires for the season is the difference between being a supercar-sliding snow hero and being an ice-frightened zero. This platitude was reaffirmed last weekend when a six-figure McLaren was reportedly spotted crawling along a highway near New York City with traffic passing it left and right, all because the affluent owner either cheaped out on tires or simply got "caught off-guard" by the snow mid-commute.

A video of the incident found its way to Facebook last Sunday via New York City-area car culture page NYCE1s.com. It depicts what looks like a modified McLaren 570S in the marque's eye-searing orange proceeding down the highway at a speed barely faster than running pace, occasionally twitching from side to side. Ordinarily, cars with the majority of their weight on their drive wheels—like this mid-engined, rear-drive McLaren—perform well in low-grip conditions, sometimes even with the wrong tires for the job. But every tread pattern has its limit, and the high-performance rubber on this supercar is as far out of its depth in the slush as your average Texan is behind the wheel of a Ford Mustang.

While we could offer some snarky comment about the McLaren's tall aftermarket wing doing nothing to add traction at low speeds, we'd instead like to give them credit for driving as safely as one can with tires so ill-suited to the weather conditions. If more Americans took winter driving seriously, we wouldn't have close calls between out-of-control Ford F-series and State Troopers.