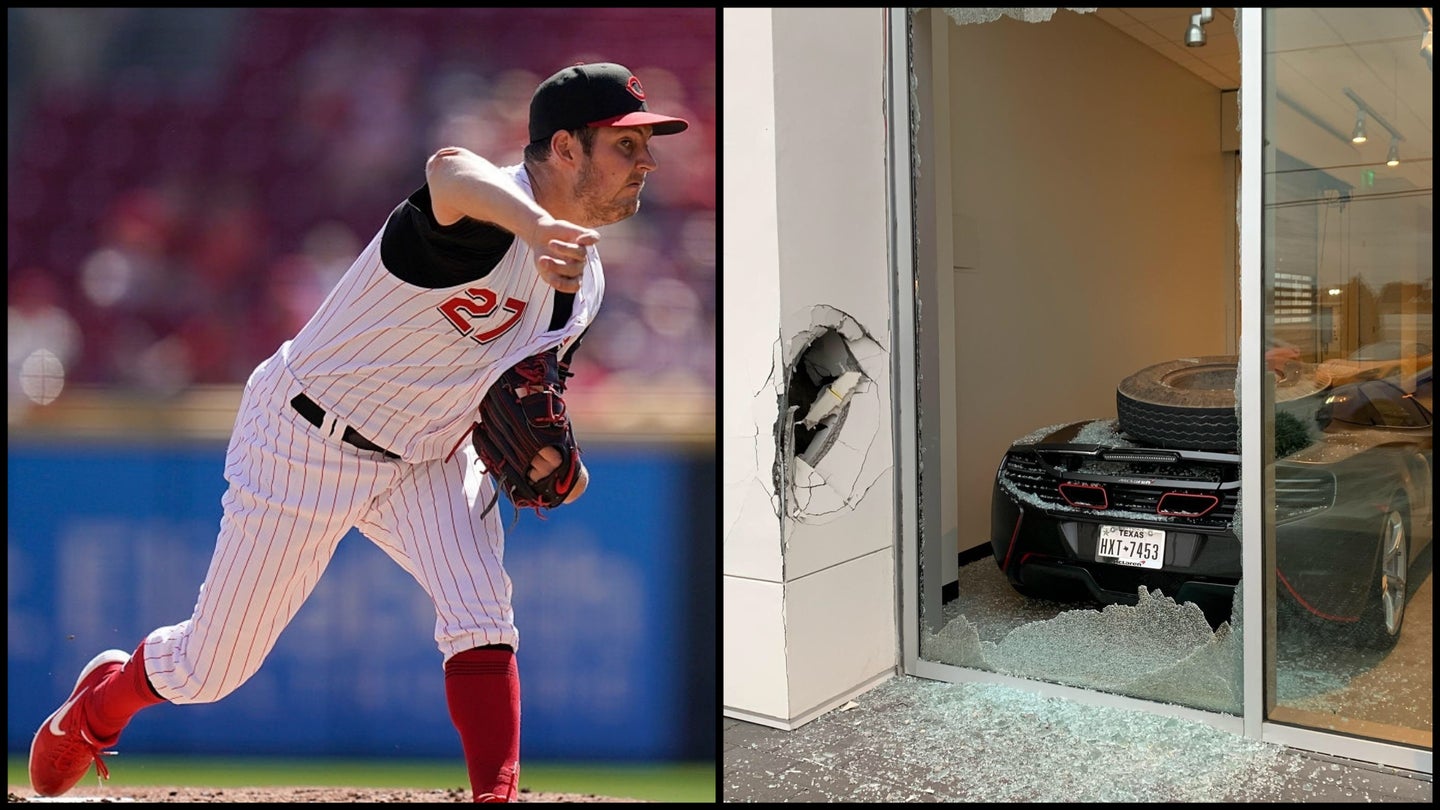 If we've learned anything from 2019, it's that celebrities can't always be trusted with high-dollar performance cars. Whether it's driving through town in a $2-millon Bugatti Veyron or riding shotgun with a friend who has no business around 700-plus horsepower, these things just don't always end well. However, the most recent star to have their six-figure machine totaled isn't personally at fault as their 2016 McLaren 650S was written off in a bizarre incident even the best storytellers couldn't write.

Trevor Bauer, pitcher for Major League Baseball's Cincinnati Reds, got word of his misfortune last week and could hardly believe it. Supposedly, while the $250,000 British supercar was waiting to be serviced, a semi-truck crashed on Houston's North Freeway and sent a wheel flying. The hefty rotating mass flung across six lanes of traffic, aimed directly for the dealership at which Bauer's McLaren was sitting.

The result, as you might be guessing, was a lot of broken glass and, tragically, a totaled Macca. No one was injured, though.

Bauer, who was traded from the Cleveland Indians to the Reds last season, was understandably surprised when the dealer explained the situation to him.

Luckily, the exotic auto was insured according to TMZ Sports. Bauer is slated to make another $18.6 million in 2020, so he shouldn't have any issues replacing the McLaren if he so wishes. Judging by his Instagram feed, the former number three draft pick was pretty fond of the car.

If Bauer's looking to stick with the brand, a new McLaren 720S is a good place to start—or maybe a $1.68-million, open-cockpit Elva if he wants to stretch his budget a bit further. Better hurry, though, because they're only building 399 of 'em.