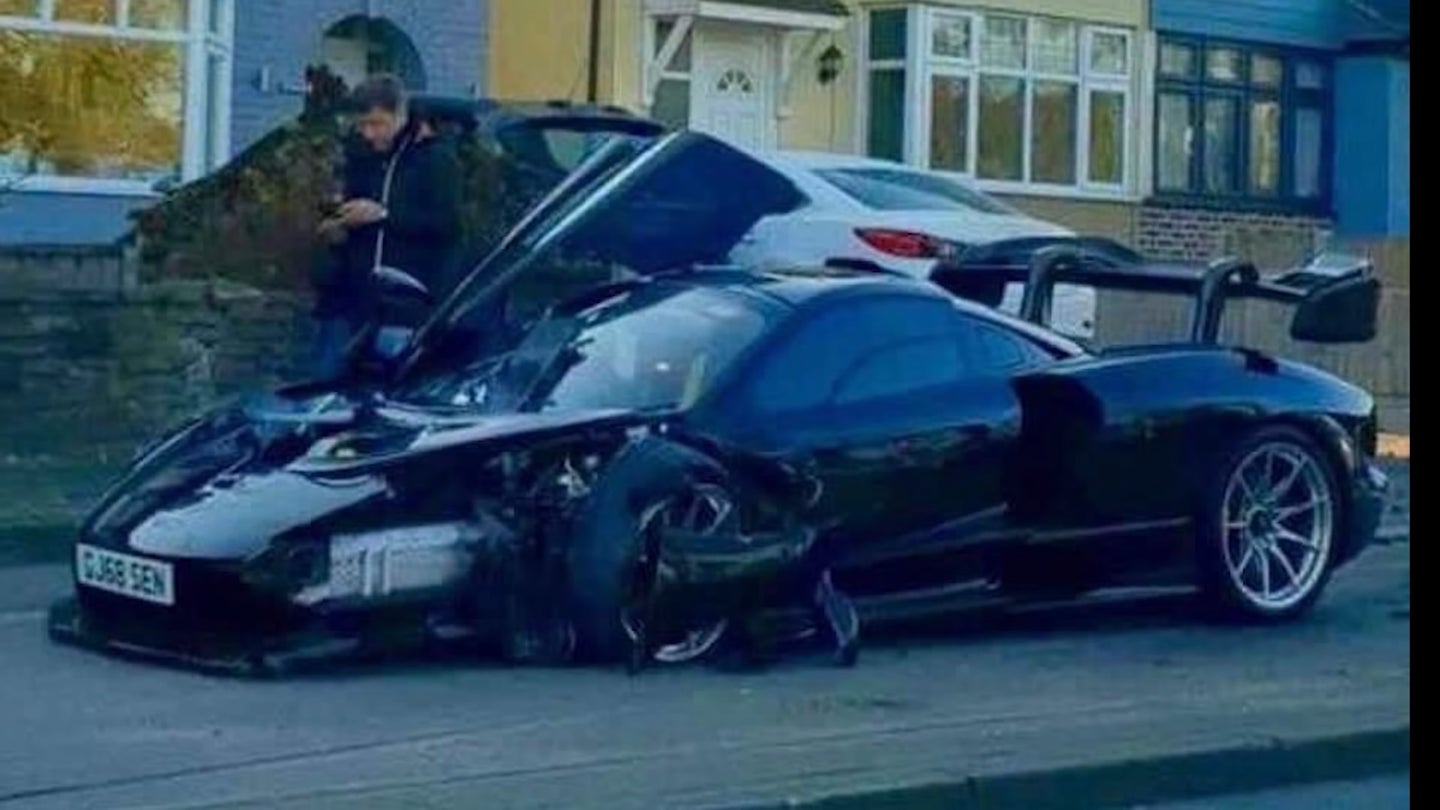 A million-dollar McLaren Senna hypercar suddenly found itself being worth a whole lot less on Thursday after it suffered a serious head-on collision involving two other cars, according to The Sun. It happened in the British town of Southend, Essex located around 40 miles east of London and no one was seriously injured.

The Senna was totaled though, a fact that becomes self-evident when you see its destroyed front end. The entire driver's side fender is missing and the McLaren now appears to sport a much shorter wheelbase on one side compared to the other. The silver, unidentified hatchback involved didn't fare any better, ending up with a completely wrecked face and lying on its side surrounded by debris and a significantly less damaged, white Ford Fiesta.

Notably, The Sun reports that the Senna was supposed to be shown off at a "supercar exhibit" scheduled for this weekend. Obviously, those plans will likely have to be scrapped, no pun intended. Perhaps the owner has a spare Macca P1 in his or her collection they can send instead.

Keen exotic car crash enthusiasts will note that this isn't the first McLaren Senna to be the subject of an accident, but it is very likely the first one to crash on home soil. Another example found itself hopping a curb and hitting a wall in Germany on the same late October day it was delivered.

The Ultimate Series McLaren hypercar is limited to just 500 units. If the supply and demand section of my Economics 101 college textbook was correct, resale values on all the uncrashed Sennas still out there just went up a bit.