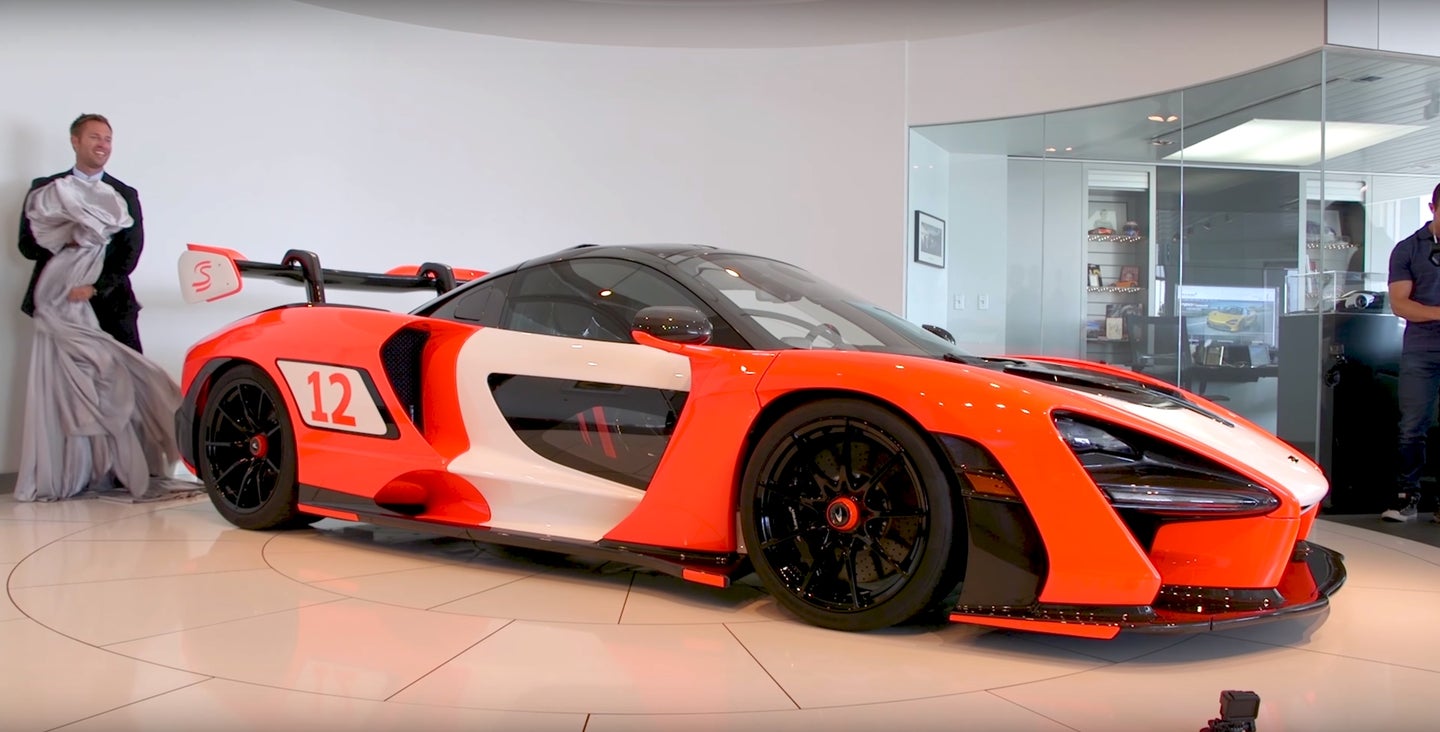 McLaren's Senna hypercar isn’t just the third addition to the exclusive manufacturers’ Ultimate Series—it’s basically a summation of everything the automaker does best. The latest and greatest model gets its name as a tribute to the beloved Formula 1 driver, Ayrton Senna, and one customer decided to take it a bit further by having the $1-million exotic completely dedicated to the Brazilian champion.

Real estate magnate Manny Khoshbin is one of 500 lucky new Senna owners. To pay homage to the late hero, Khoshbin had his example decked out in the livery of the championship-winning Marlboro-liveried MP4/4 race car from the 1988 season. It’s a rather fitting presentation, particularly since this year marks the 25th anniversary of the fateful day that Senna lost his life at the Imola racetrack during the 1994 San Marino Grand Prix.

Senna brought much success to McLaren between 1988 and 1993, winning three Formula 1 World Driver Championships and 35 Grand Prix races. Additionally, he has served as a source of tremendous inspiration for countless F1 drivers in the years since.

The McLaren Senna itself is undoubtedly one of the automaker’s fastest cars with over 789 horsepower and 590 pound-feet of torque available from a 4.0-liter twin-turbocharged V8. Mated to a seven-speed dual-clutch automatic, it can hit 60 from a standstill in just 2.5 seconds for an estimated top speed of around 220 miles per hour.

Khoshbin's Senna is decked out in a bright orange hue with white trims, and Ayrton’s number 12 painted on the side. Enjoy.