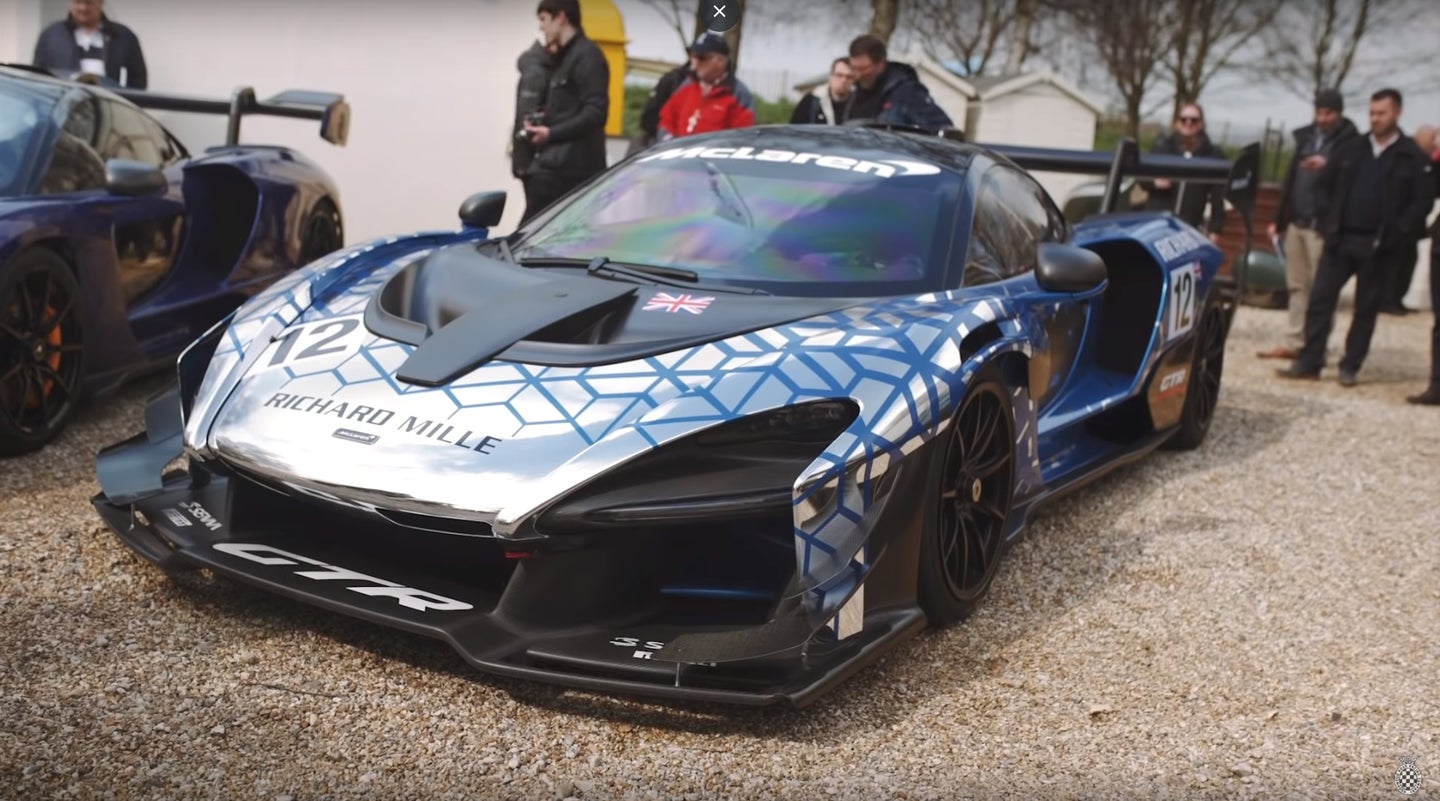 McLaren might’ve unveiled its limited-production flagship, the McLaren Senna, back in 2017 on the web and in 2018 at the Geneva Motor Show. But the supercar named after three-time F1 champion Ayrton Senna wasn’t alone, as the famed British supercar manufacturer simultaneously revealed an even more hardcore, track-focused version called the Senna GTR.

It’s essentially an homage and modern reiteration of McLaren’s previous icon, the F1 and its motorsports sibling the F1 GTR, which joins the P1 as a part of McLaren’s Ultimate Series of production vehicles. As with most super exclusive high-performance cars, getting the chance to see one up close and personal is quite an uncommon experience. Thankfully, the YouTube channel of the Goodwood Festival of Speed was able to get up close and personal with the Senna GTR for an in-depth walkaround, led by McLaren’s vehicle line director Andy Palmer.

A total of 75 Senna GTRs destined for production sold out at a cool $1.4 million each, but a lone prototype is traveling the world as an exhibition piece, and that's the one that recently showed up at a Goodwood Festival of Speed Members’ Meeting.

The McLaren Senna GTR is powered by the company’s venerable 4.0-liter twin-turbocharged V8, producing over 814 horsepower. However, unlike the P1, the Senna doesn’t come with any trick hybrid gadgetry built into its powertrain. Rather, it uses a seven-speed dual-clutch transmission.

But power isn’t the Senna GTR’s only bragging right, as the car is all about utilizing aerodynamics to make it one of the fastest race cars in all the land. That said, all of the Senna GTR’s edgy bodywork is functional, providing up to 1,000 kilos, or 2,204 pounds, of downforce at speed. And unlike, the standard Senna, the Senna GTR is a track-only car and is currently undergoing an evaluation to meet the FIA’s future regulations for the World Endurance Championship (WEC) in the Le Mans Prototype Class.