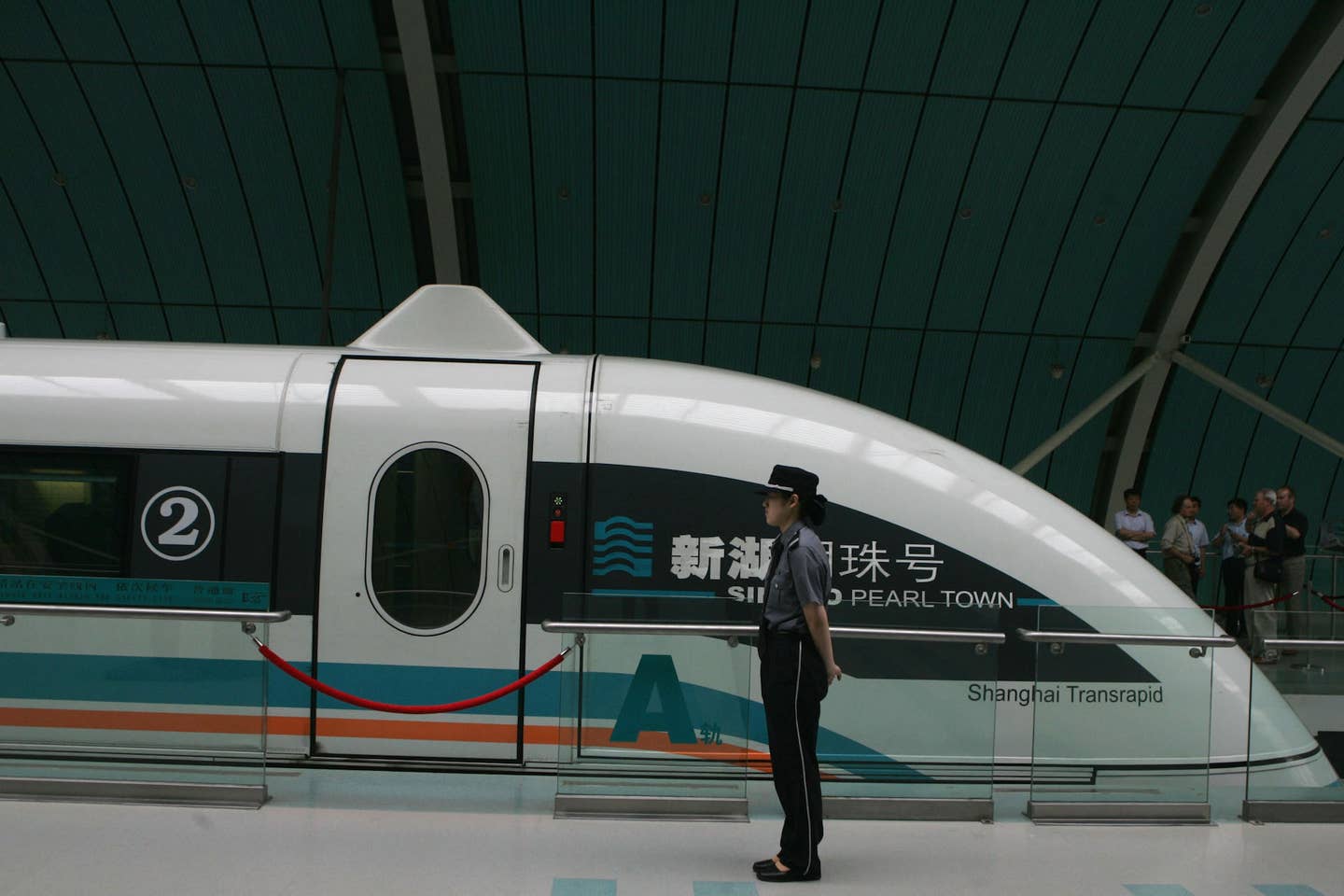 China loves its trains. Cannot get enough train. Especially magnetic levitation types. Already home to the fastest commercial train, and laying claim to more high-speed rail than any other nation, China has proposed, in earnest, building a track to the United States. Don’t hold your breath on that one, but the China Railway Rolling Stock Corporation’s latest project could be the real deal.

According to local press, and a report in SmartRail World, C.R.C.C. has started development on a maglev train capable of 373 mph, faster than any other train currently operating. The state-owned company, which resulted from a merger between China’s two largest bullet train makers in 2014 and now operates worldwide, is reportedly already in the process of constructing a three-mile stretch of track for testing. Not much else is known about the project, other than C.R.C.C. announcing it’s also developing a second grade of maglev system, with a target top speed of 124 mph.

If it seems like the world’s high-speed rail network has gone bonkers recently, that’s because it has. Much of that is due to the proliferation of magnetic levitation technology, where traditional wheel/track is replaced by electromagnets, which both pushes from the rear and pulls from the nose, all on an air cushion. Maglev is easier on the environment, super neat to look at, and is also capable of hitting surreal top speeds. (One Japanese maglev, expected to arrive in commercial form circa 2027, set a world record when it clocked 366 mph last year; the U.S. Air Force has run experimental maglev prototypes up to 633 mph.) But since they’ve only been in serious use since the 1980s, and can’t run on conventional track, getting maglevs going requires all-new infrastructure. And that, kids, ain’t cheap.

Still, if any nation can create a massive, nationwide maglev network, it’s China. The Shanghai-Hangzou high-speed electromagnetic rail link, completed in 2010, was the second-largest public works project in history, after the U.S. Interstate Highway.