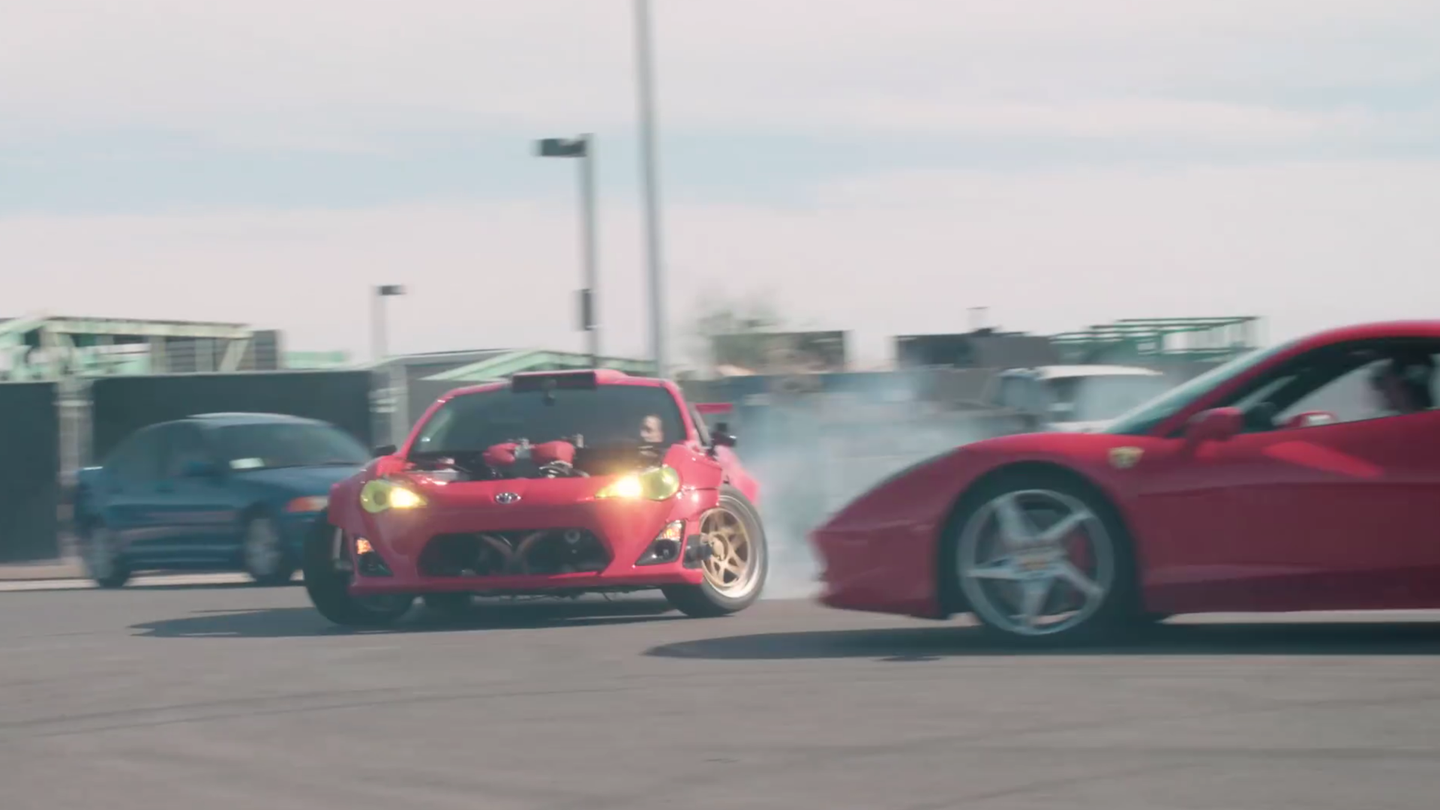 It's hard to think of something more batshit than dropping the engine from a Ferrari 458 into a small sports car like the Toyota GT86—and turning the end result into a drift car. But in automotive terms, batshit is good, and that's precisely what makes drifter Ryan Tuerck's new GT4586 build so damn awesome.

On Monday, a clip was uploaded to the Donut Media Facebook page showing the long-awaited GT4586 build, as Tuerck calls it, finally take to the streets and drift. And Tuerck didn't just slide his mutant drift car around, mind you. Just for a little extra badassery, he drifted it around a Ferrari 458.

In the 36-second clip, the GT4586 is first seen driving alongside a 458; this then cuts to a shot of the Ferrari standing still while the drift car taunts the Italian supercar with seemingly-effortless slides. In motion, the GT4586 sounds devilish, looks maniacal, and appears to be extremely good at drifting.

Two days after the header video was uploaded, Donut Media shared a video of the GT4586 running and shooting flames through that custom-fabricated exhaust.

And for those who are curious about the technical ins and outs of this build, Tuerck and Donut Media held a 38-minute Facebook Live going into the details and showing viewers around the car. Check it out below.