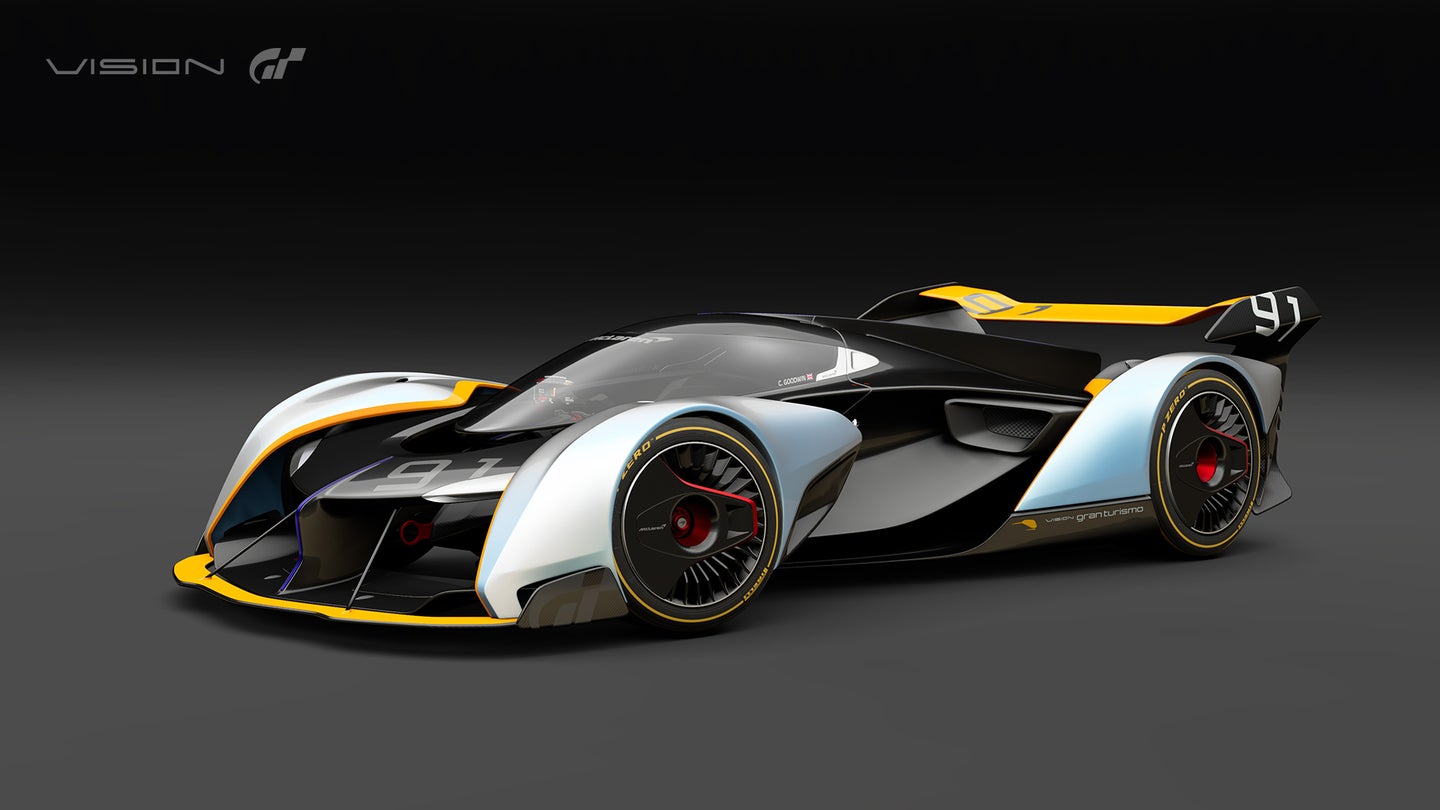 McLaren has confirmed the existence of a limited-run hypercar called the BC-03 (Bespoke Commission 03), developed by its in-house customization service, McLaren Special Operations.

"We confirm that BC-03 is a bespoke customer commission being created by McLaren Special Operations, but we cannot give any further details as the specifics of the project are confidential between MSO and its client," stated a spokesperson for California-based exotic car dealer, McLaren of Newport Beach, in an email to The Drive.

A user of McLaren owners' forum McLaren Life claims that five BC-03s will be built, and identifies three of the alleged five buyers of the vehicle. One of the individuals specified posted images of McLaren's Ultimate Vision Gran Turismo Concept, a digital-only concept that exists in the video game Gran Turismo Sport, as pertaining to the BC-03 project, suggesting that the car will be a realization of the video game concept car.

As for the BC-03 itself, the Instagram account of one of the alleged buyers claims that the BC-03 will use a new type of carbon fiber for its construction. No performance figures are yet available, but if the BC-03 is indeed a manifestation of McLaren's video game concept car, expect it to be powered by a hybridized version of McLaren's 4.0-liter, twin-turbo M840T V8. The upcoming Speedtail GT-hypercar uses a similar specification of powertrain to produce upwards of 987 horsepower, which might put the Ultimate Vision GT's in-game 1,134 horsepower within reach, given a retune.

Expect the BC-03 to make even the McLaren Senna look tame. We can't help but wonder if it'll also demonstrate the direction in which McLaren will take the hybridization of its lineup, or if technologies on the way for the P1's successor will be previewed in the BC-03. McLaren won't talk specifics of the BC-03 just yet, so you'd better start twiddling those thumbs.

One of the hyper-est of hypercars on one of the hairiest roads in America. Add another item to the bucket list.