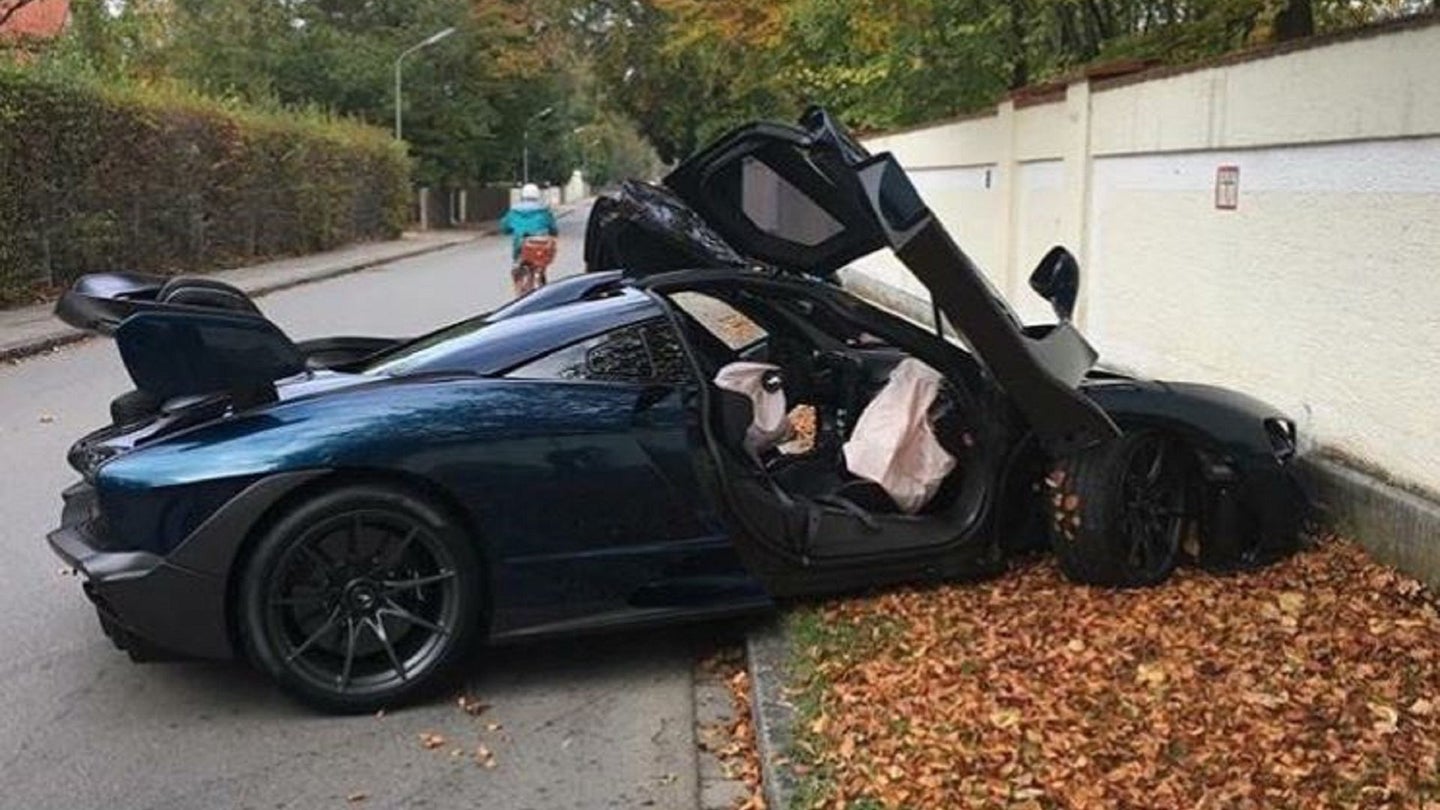 Prepare to pay respects, because one rare British hypercar just hopped a curb and smacked its expensive nose against a wall in Germany mere hours after it was delivered. Yes, it's the world's first crash of the limited-edition, million-dollar McLaren Senna, and even this relatively minor impact will incur a major repair bill.

According to a report from GTspirit, this dark blue McLaren Senna was delivered to its owner this past Saturday by McLaren Munich. The car didn't get far before disaster struck in the nearby suburb of Grünwald.

The Senna reportedly had less than 62 miles on the odometer at the time of the crash. The 43-year-old businessman at the wheel called the dealership shortly after the incident, and employees arrived "within minutes" to retrieve the damaged hypercar. The McLaren is expected to pull through; that being said, we can't imagine this whole mishap will be gentle on owner's bank account given the car's seven-digit price tag.

The cause of the crash is unclear but looking at the tire marks left in the pavement, it likely had something to do with the Forza cover car's 789 horsepower going exclusively to the rear wheels. Something tells us this would not have happened if the owner were driving a Golf.

Powered by a 4.0-liter, twin-turbocharged V8, the McLaren Senna gets from zero to 60 miles per hour in 2.8 seconds and is the latest member of McLaren's top-shelf Ultimate Series. Only 500 will ever be available... well, 499 if you only count ones that haven't been crashed yet.