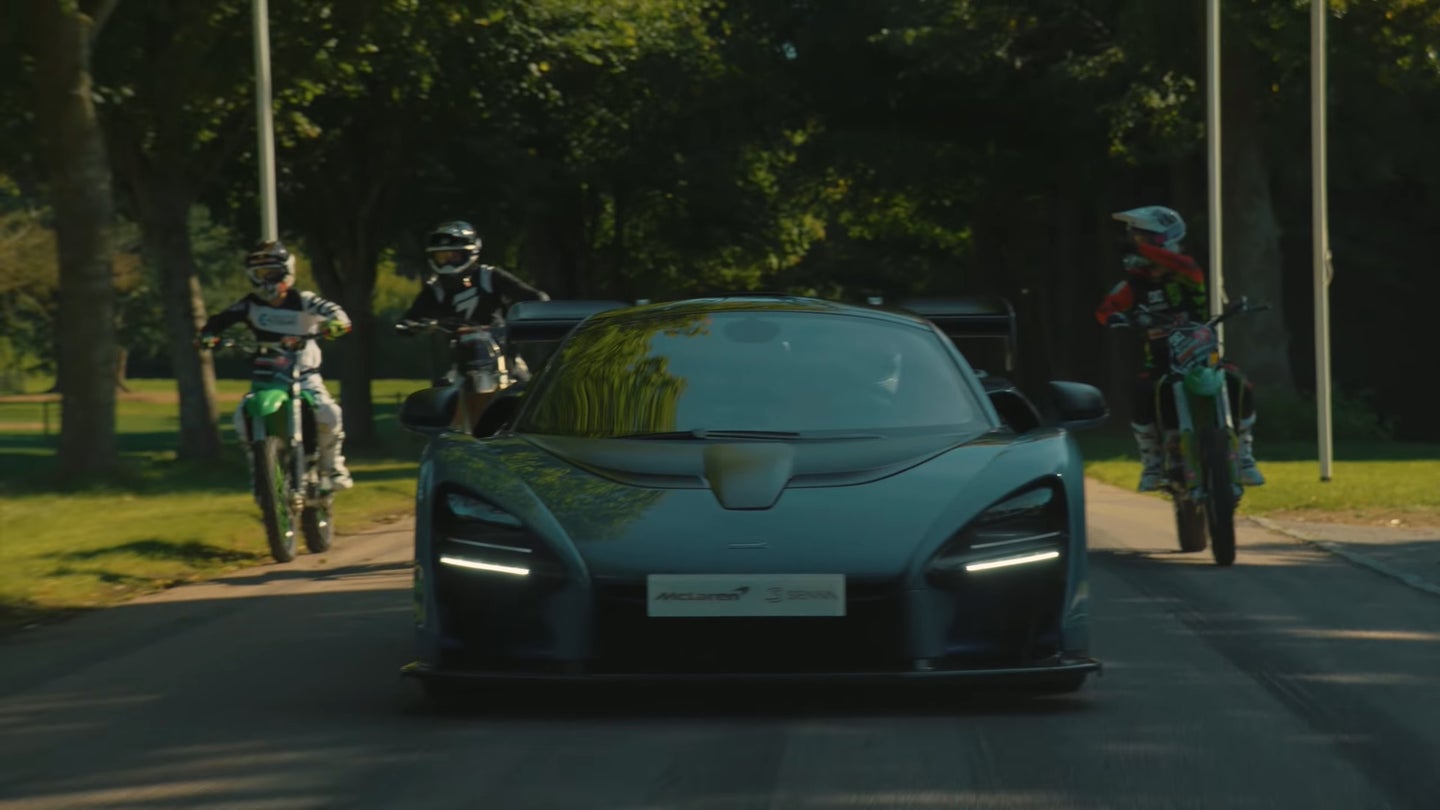 Since the new game is set in Britain, Microsoft brought Horizon 4's cover car, the McLaren Senna, to the decidedly British Goodwood Hill Climb to make some noise and burn some fuel alongside a trio of 450 cc Motocross dirt bikes. Unfortunately and inexplicably, Lord March has just one parking space to accommodate his guests. I think you know where this is going.

In case you've never played a Forza Horizon game before, this is actually a pretty good representation of what their famous "showcase" event missions are like—scripted jumps and all.

Featuring four distinct seasons that dramatically alter the game and rotate weekly, Horizon 4 is set to be the biggest, prettiest, and most fun Horizon game yet, judging from the time we spent with its one-hour demo.

Forza Horizon 4 will be out Oct. 2 on Xbox One and Windows 10. Those who pre-order the Ultimate Edition get to play Sept. 28, four days earlier than everybody else.

The McLaren Senna, meanwhile, has already hit the streets and been sold out since last year. It's powered by a 789-horsepower, twin-turbo, 4.0-liter V8, weighs just 2,640 pounds, gets from zero to 60 miles per hour in 2.8 seconds, and is the most extreme car McLaren currently makes.