Not long ago the Huracan was nothing more than a pile of scrap metal. 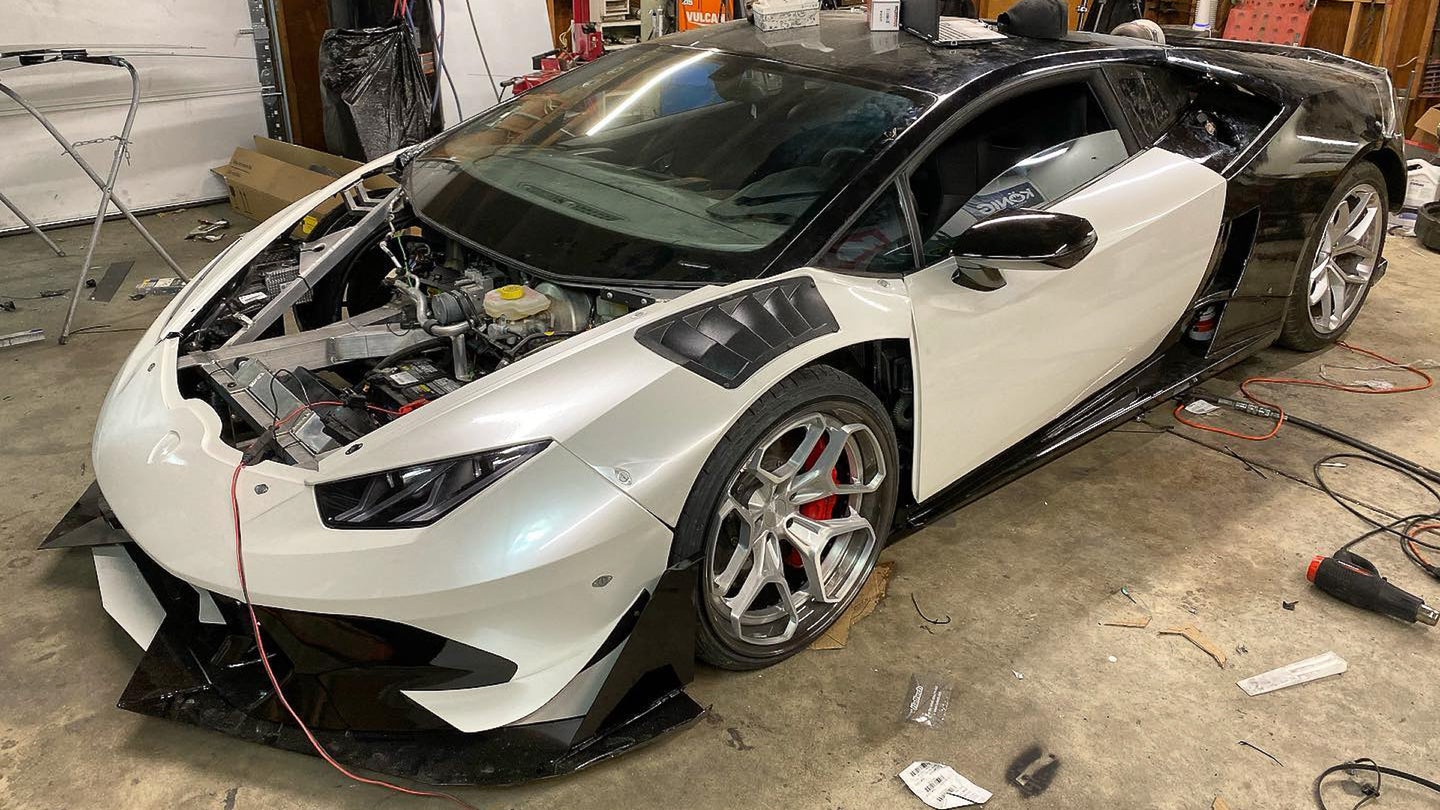 YouTubers "B is for Build" have put the finishing touches on their epic SEMA build for this year: An LS-swapped Lamborghini Huracan with a gated manual transmission. The team started with a burned-out shell of the car and turned it into the extremely elaborate supercar you see here. Nicknamed "Burntacan," the rebuilt supercar made its public debut earlier this week in Las Vegas.

The build came together over the last few months through a series of videos, each with a focus on a different part of the project. In one, we see the Lamborghini getting 14-inch wide Rotiform wheels and Nitto tires, while others focus on the extensive bodywork and mechanical challenges involved with bringing it back to life. Most amazing of all isn't the fact that this is an LS-swapped, manual-transmission Lamborghini Huracan, but that little over four months ago the car was a heap of burned metal.

Not one to be discouraged by silly things like common sense and money, Chris Steinbacher from B is for Build set his sights on completely rebuilding the Lambo from the ground up. In the videos, Steinbacher and his team install a 1,500 horsepower V8 engine, a manual gearbox and gated shifter from an Audi R8, and enough custom bodywork to make Dom Toretto blush. Sure, it may not have the original V-10 from the factory, but our guess is this one is plenty of fun regardless.

All of that work produced a car that is not only SEMA-level crazy in its execution but one that is unlike any other Lamborghini on the road today. The team claims it to be the first manual-transmission Huracan, but the fabrication and bodywork are just as impressive, no matter how you feel about the styling itself.

We're not sure if restoring incinerated supercars is a new fad in the YouTube world or whatnot, but another popular YouTuber recently performed the same kind of miraculous restoration with a Dodge Challenger Hellcat.

But don’t drive it too far as you’re only allowed 371 miles per month.