But don’t drive it too far as you’re only allowed 371 miles per month. 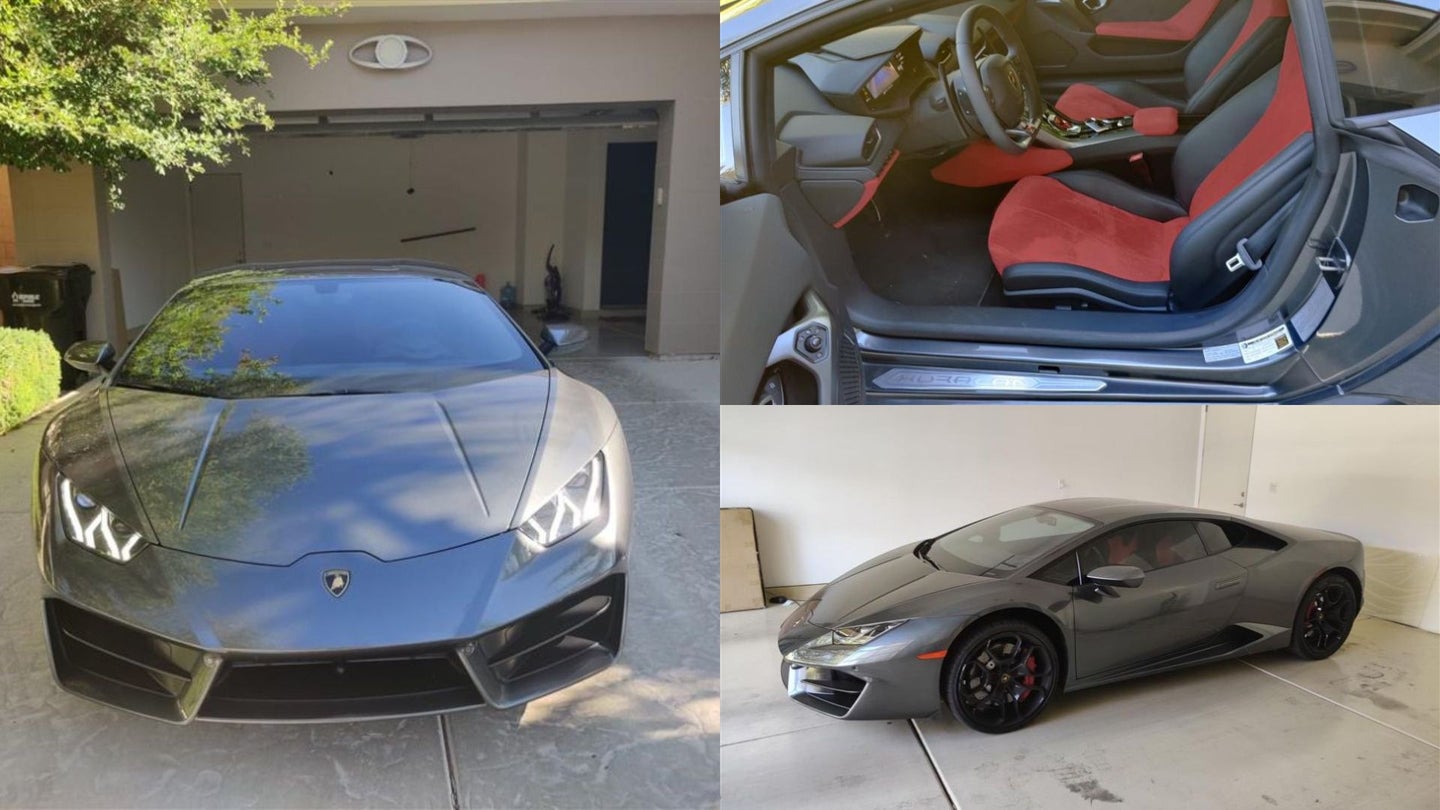 Car leases can be beneficial. Maintenance is worked into your monthly payments, fewer financial risks due to depreciation, and the shorter term of a lease can save the consumer money long-term. The reality of leasing a supercar, however, can be considerably different which seems to be why this 2019 Lamborghini Huracan is now being offered on Swapalease.

Lease swaps are a fairly new occurrence in the automotive industry and are generally used when the current lessee either can’t afford to continue to make the payments or is looking to just get out of the car they initially wanted. We’re not sure what the deal is here, but after just six months of what appears to be a 36-month lease, the lessee is apparently done with their new Lamborghini Huracan and is hoping some sucker well-to-do Lamborghini fan will inherit their $3,000-a-month lease.

The Huracan’s odometer currently reads with just 490 miles ever driven—likely not in anger—and the posting says based on the limited mileage is “In excellent condition.” Further, this Huracan was leased by a “Non-Smoker, No Kids, No Pets, Garage Kept, Dealer Maintained.” As to what maintenance a less-than 500-mile car would need, we’re clueless, but the current lessee says they had the car looked over, stating, “The first service isn't even due for another 4000+ miles.”

What your $3,000 monthly bill will get you is Lamborghini’s sonorous V-10 and a total mileage limit for the lease of exactly 10,010. Again, that’s not yearly, that’s total. Roughly translated, whoever inherits the supercar will only be able to put just 371 miles or so per month. To us, that’s just enough for a good weekend romp. But who wants a Lamborghini they’re only able to use on one Saturday a month?

According to the posting, there are 30 months still left on the lease and whoever takes it over will be on the hook for all of it. Added up, whoever jumps on the chance to drive this Huracan for the next two and a half-ish years will be shelling out $90,000 for a car you’ll always be worried about putting even an additional ten miles on. It really comes down to whether or not the naturally aspirated 5.2-liter V-10, and the ballerness of being able to say you’re the owner—at least for the time being—of an actual Lamborghini, is worth $90,000. We’re not your parents, so that choice is up to you.

The Huracan’s current location is in Las Vegas, Nevada and was finished in Dark Grey with a red and black interior. The current lessee added that “Everything is great!” about the car, though again, we’re not sure that’s the case of their current financial situation.

The video will make you wince.