We hear a lot about self-driving cars, but not so much about self-driving motorcycles. Perhaps the most advanced autonomous motorcycle so far is the experimental Yamaha Motobot. Currently, on its second version, Yamaha just showed off what this robot is capable of at the Tokyo Motor Show. Rather than focusing on driving safely and obeying traffic laws on the street like most self-driving car experiments, Motobot was purpose-built for going fast on the track.

While self-driving cars, unfortunately, don’t have an actual robot sitting in the driver’s seat, Motobot does. It’s a little creepy, but that’s where a lot of the self-driving tech hides. Motorcycles were designed to have a rider on them anyway so it actually works out pretty well to basically put a dummy on the saddle.

The Motobot project started back in 2015 as a collaboration between Yamaha and SRI International, a nonprofit research institute. The goals of Motobot Version 1 were to hit 100 kilometers per hour (62 miles per hour), complete a slalom course, and turn itself through a corner. After it checked those boxes, it was time to challenge the robot a little more.

Motobot Version 2 has reached its goal of hitting 200 kph (124 mph), its next objective is to challenge seven-time MotoGP champion Valentino Rossi to a race. The two Yamaha teammates did a lap around the two-mile-long West course at Thunderhill Raceway in Northern California.

It turns out Rossi is significantly faster around a track than a robot. The man beat the machine by a little more than 30 seconds. Rossi’s time was 85.74 seconds easily beating Motobot’s time of 117.504 seconds. It looks like there won’t be any robots entering MotoGP anytime soon.

While Motobot did get beaten pretty badly, it’s still pretty impressive that a motorcycle with no human rider can make it around a two-mile course at all. It’s a step towards more modern technology in production motorcycles to improve safety and optimize control of the bike.

Rossi won this time, but he should expect a rematch in the near future. 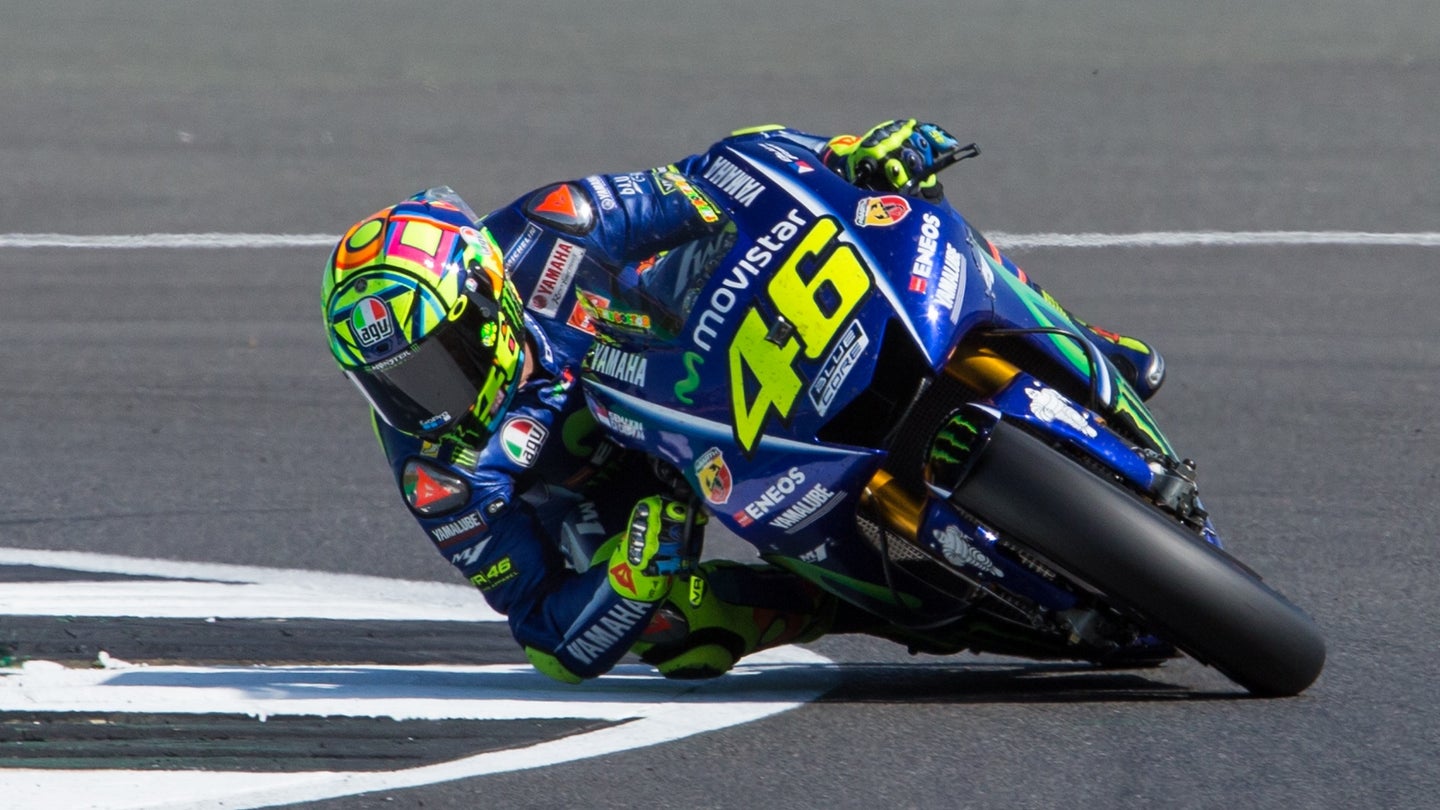 Sitting in fourth place with six rounds to go, the timing for Rossi’s injury couldn’t be worse. 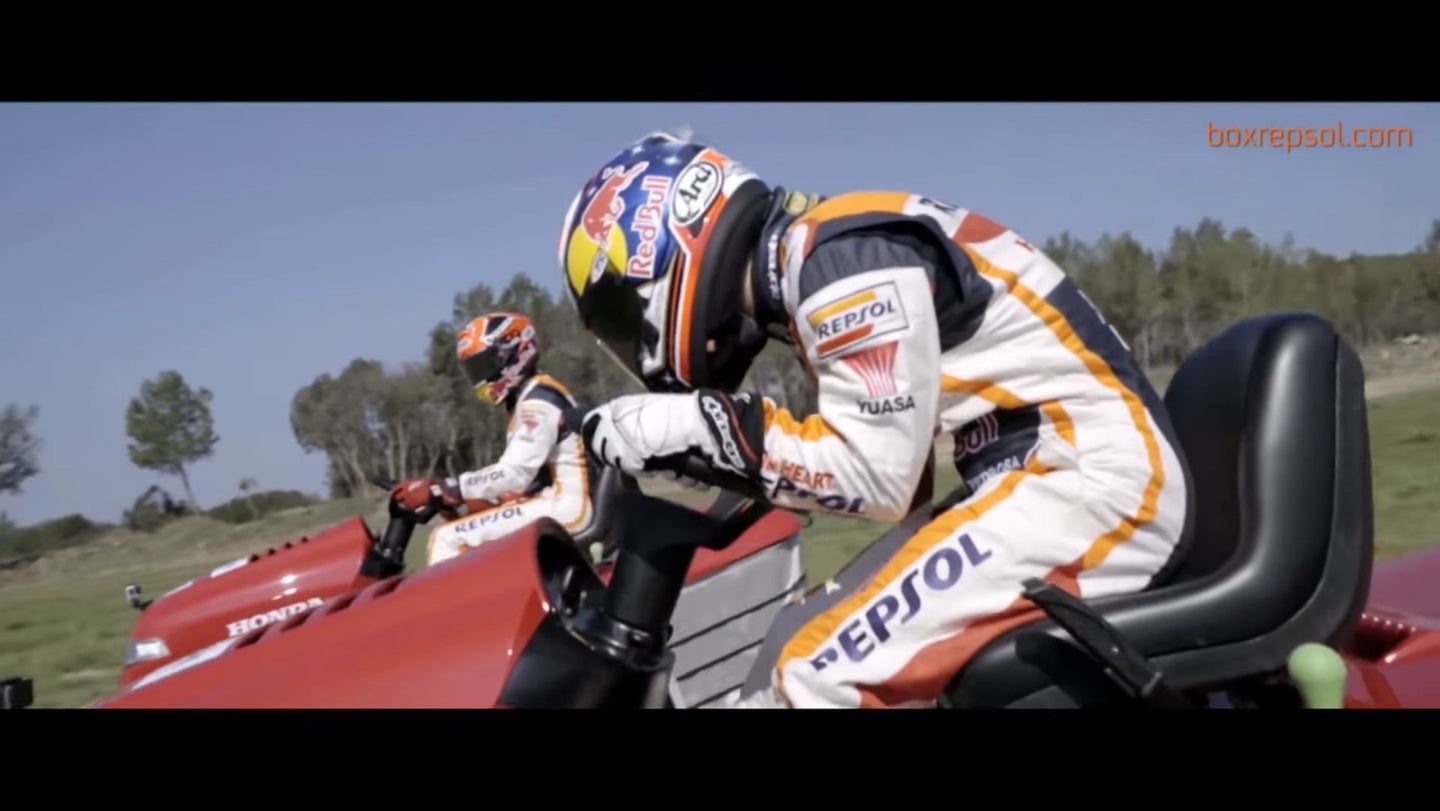 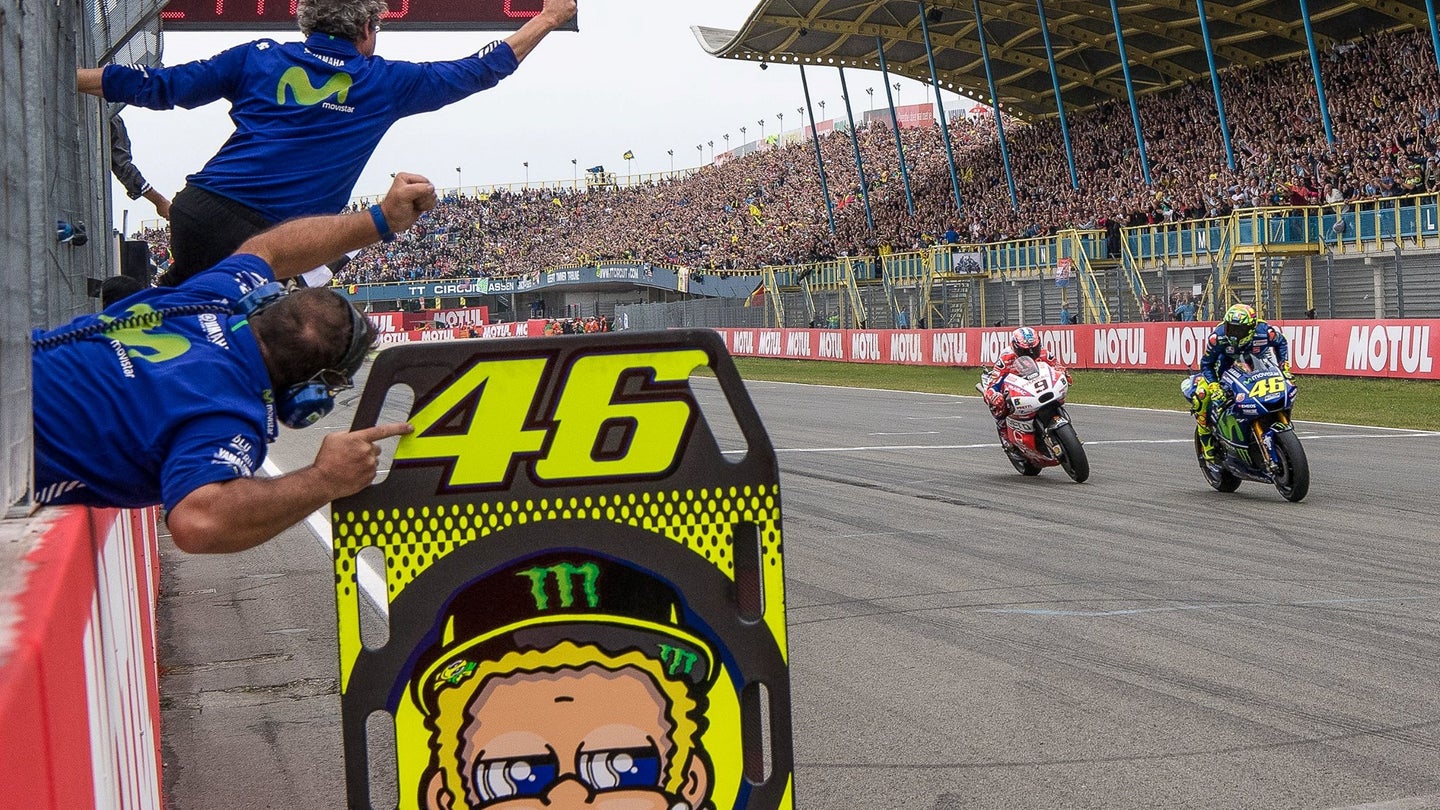 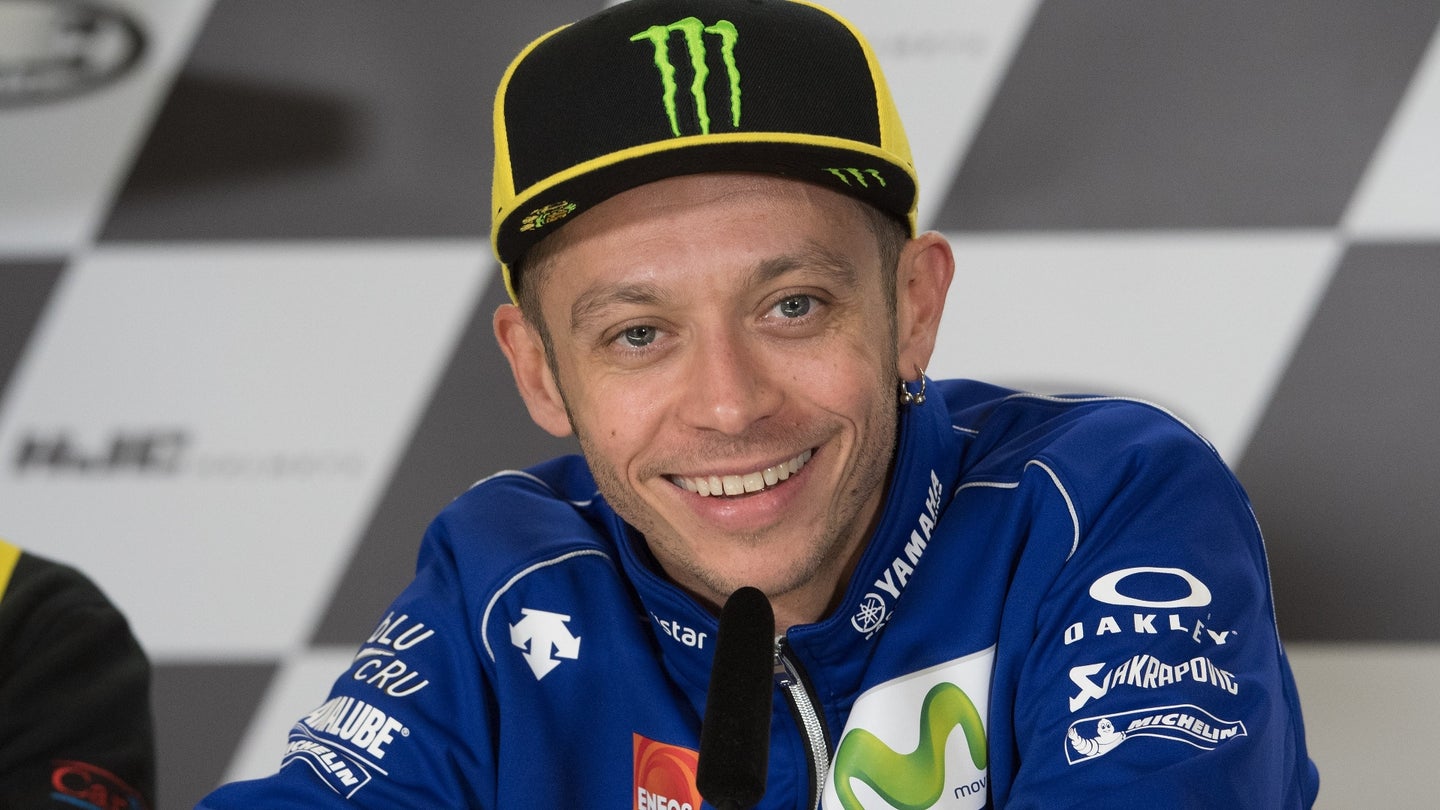 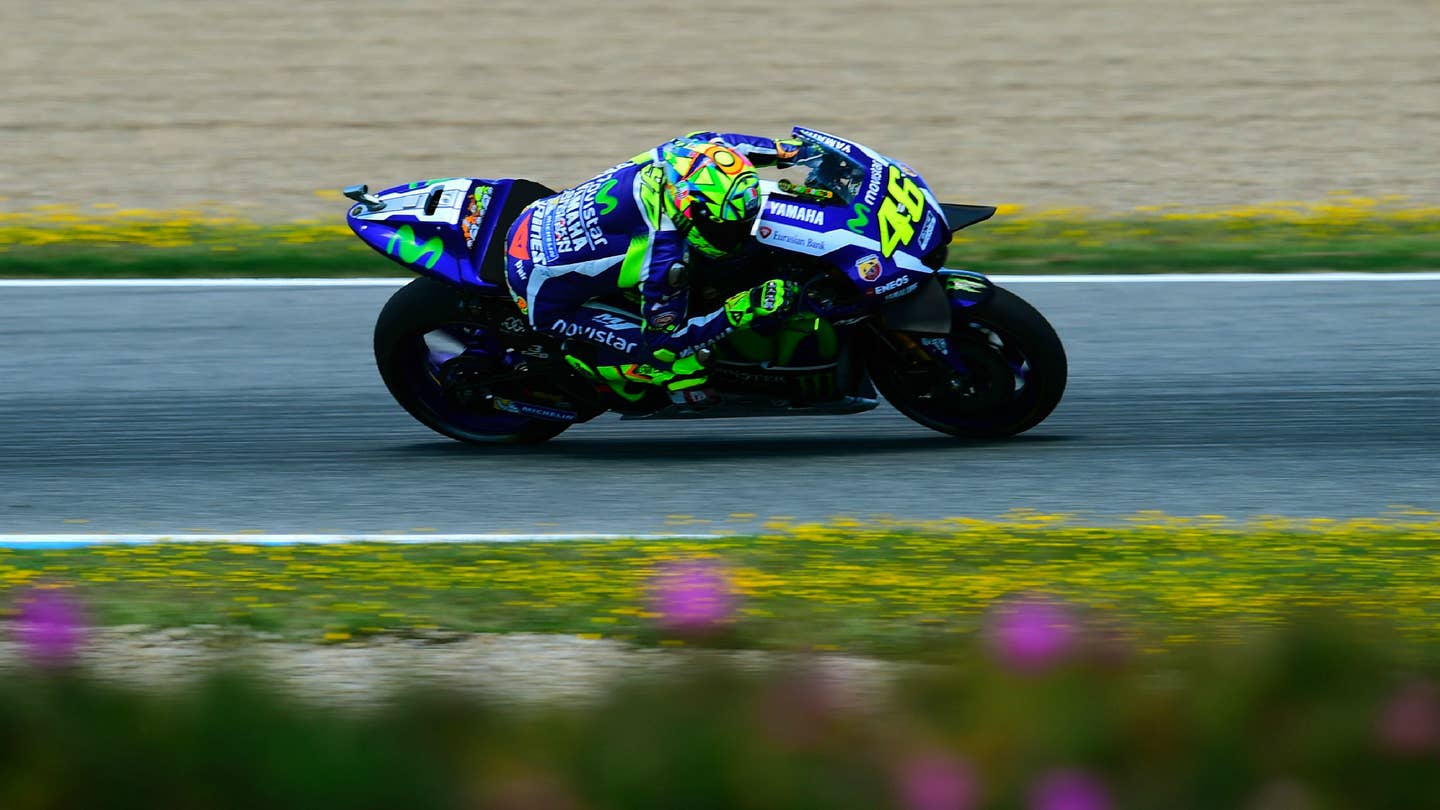