The rear-wheel-drive, manual bull, however, won’t live to see another day. 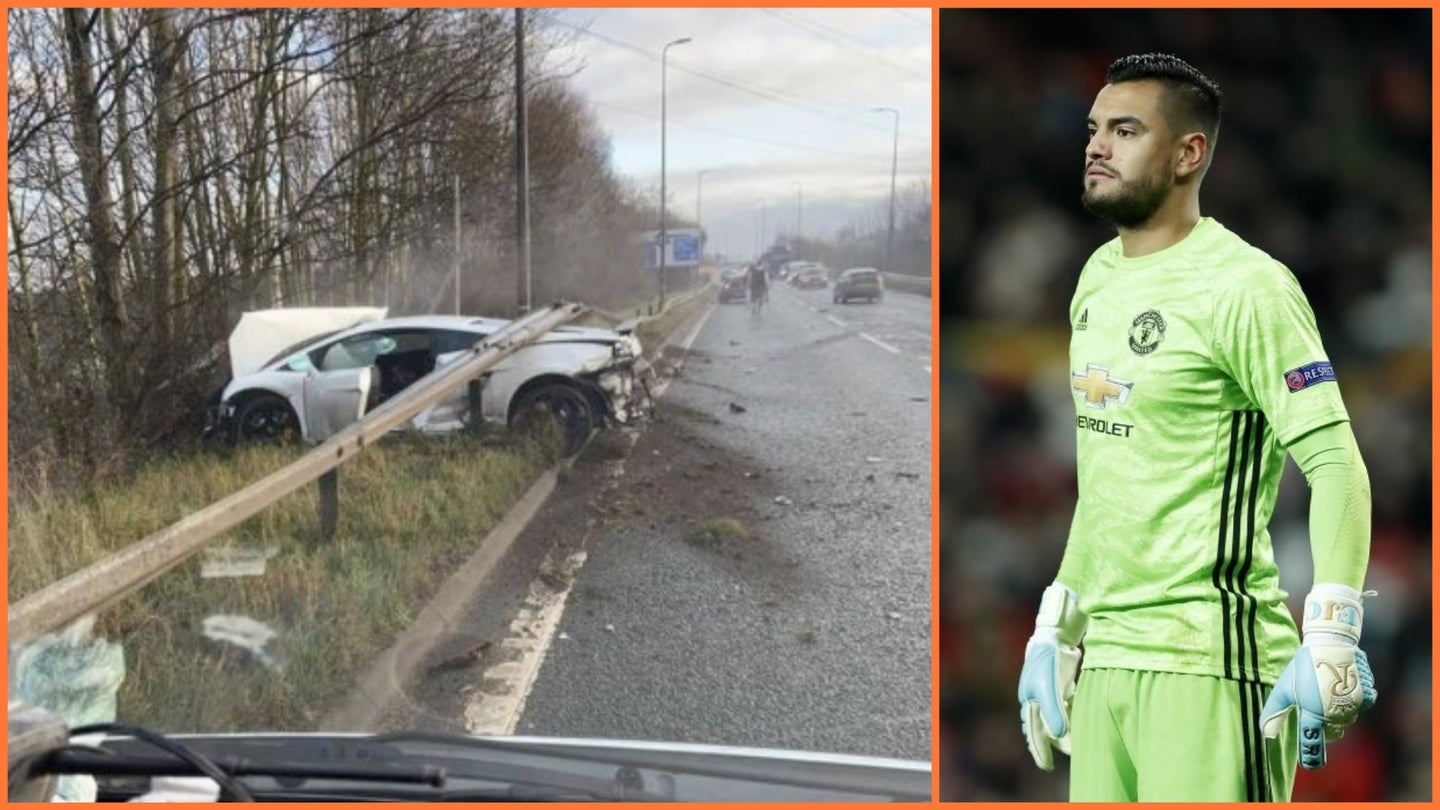 Manchester United goalkeeper Sergio Romero was involved in a scary crash on Monday while behind the wheel of his Lamborghini Gallardo LP560-2. The footballer was on his way to the team's practice facility near Carrington in Greater Manchester, England, when he appears to have lost control and skidded under a guard rail. The good news is that Romero walked away from the wreck with no injuries, but his Gallardo didn’t fare so well. According to news reports, the exotic—worth an estimated $220,000—is a total loss.

It’s not completely clear what caused Romero to crash, but there were sub-freezing temperatures recorded in the area, which could have caused icy road conditions that don't play too well with a rear-wheel-drive exotic. Regardless, the end result was quite dramatic. The Lambo’s back end appears to be shredded, making for an undoubtedly expensive situation.

Romero was able to attend team practice, though his time with Manchester United hasn’t been as charmed. The footballer has won 96 caps for Argentina, but he’s stuck behind first-choice goalkeeper David De Gea, and he generally only comes off the bench for cup games. Since his transfer to the team in 2015, he’s started just seven league matches.

The Argentinian athlete reportedly upgraded to the Lambo from a Fiat 500 a few years ago. Tragically, it was one of the last manual transmission cars that Lamborghini ever made and, and by the looks of it, there may never be another.

We’re guessing Romero will be more careful if he decides to pursue another exotic (perhaps with all-wheel drive?), but at least he escaped this incident with his health.