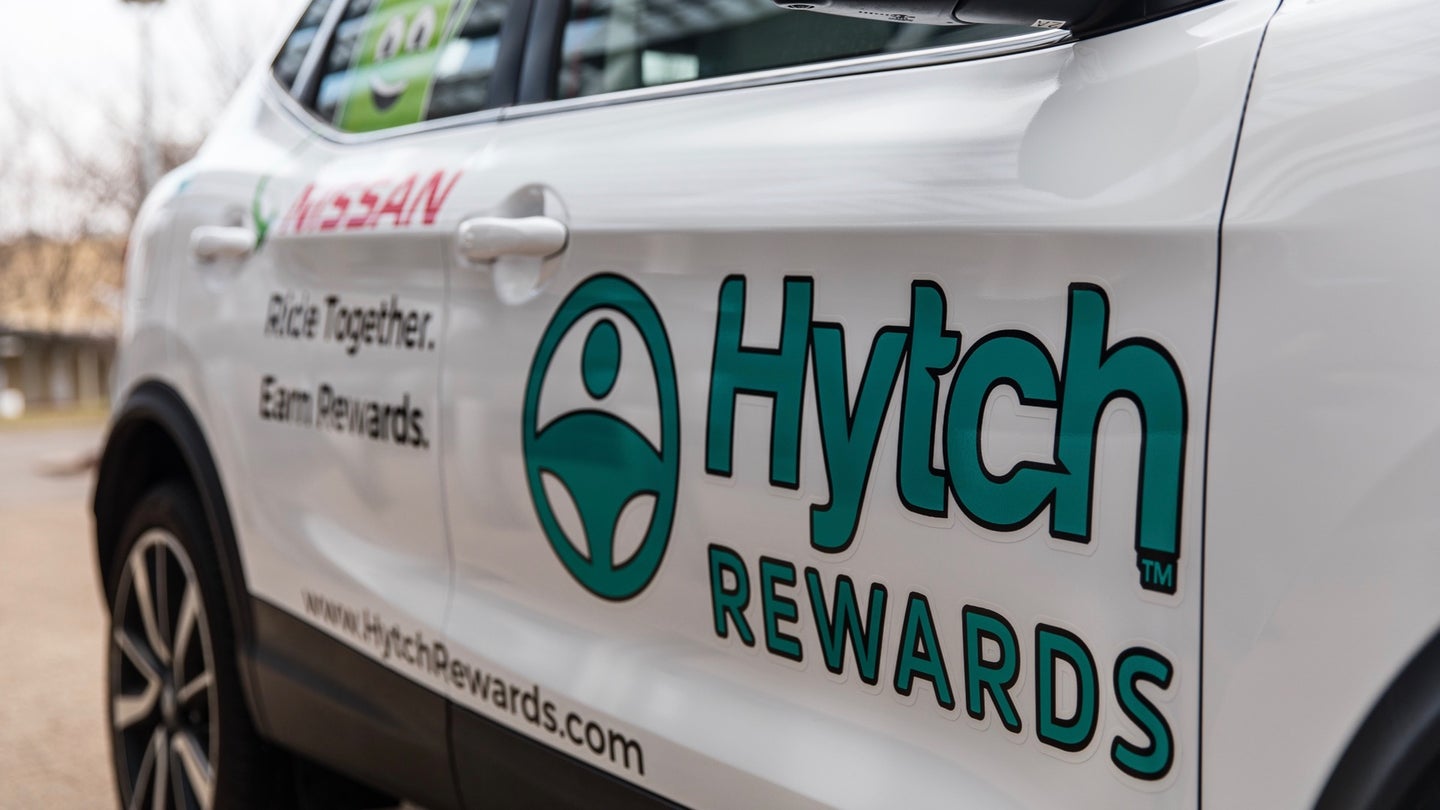 Carpooling can help reduce traffic, but that doesn't mean people always want to do it. So Nissan is trying to give commuters near its North American headquarters in Tennessee an incentive. The automaker is partnering with Hytch Rewards, an app that pays people to carpool.

Hytch connects drivers with riders who are going to the same destination, just like regular carpooling. But it also tracks the route and pays both driver and passengers for making the trip together. The goal is to get more people to carpool, and in turn, reduce traffic congestion. Hytch claims that if six percent of road users switched to carpooling, it would eliminate 1,500 daily trips into Nashville. Depending on traffic speeds, that could be equivalent to adding an extra lane to the interstates that pass through the city, according to Hytch.

But Nissan has its own motivation for backing the app. It believes Hytch will allow for closer studying of consumer habits, and that this information could become a competitive advantage as automakers move into mobility services.

Carpooling, car sharing, and ride sharing may decrease the need for people to own cars, but automakers also view these services as an opportunity. Companies like BMW, Daimler, and General Motors already operate their own car-sharing services. Ford operates the Chariot shuttle service in multiple cities, as well as a bike-sharing service called GoBike in San Francisco. These services represent potential new sources of revenue for automakers.

All of these services provide the convenience of not having to drive oneself from Point A to Point B, but when it comes to reducing traffic congestion, they may not all be equal. Ride-sharing services like Uber and Lyft encourage people to ride by themselves (although Uber and Lyft both offer carpooling options), which doesn't really reduce the number of vehicles on the road. By putting multiple people in one car, services like Hytch and Ford's Chariot are the most likely to reduce traffic.