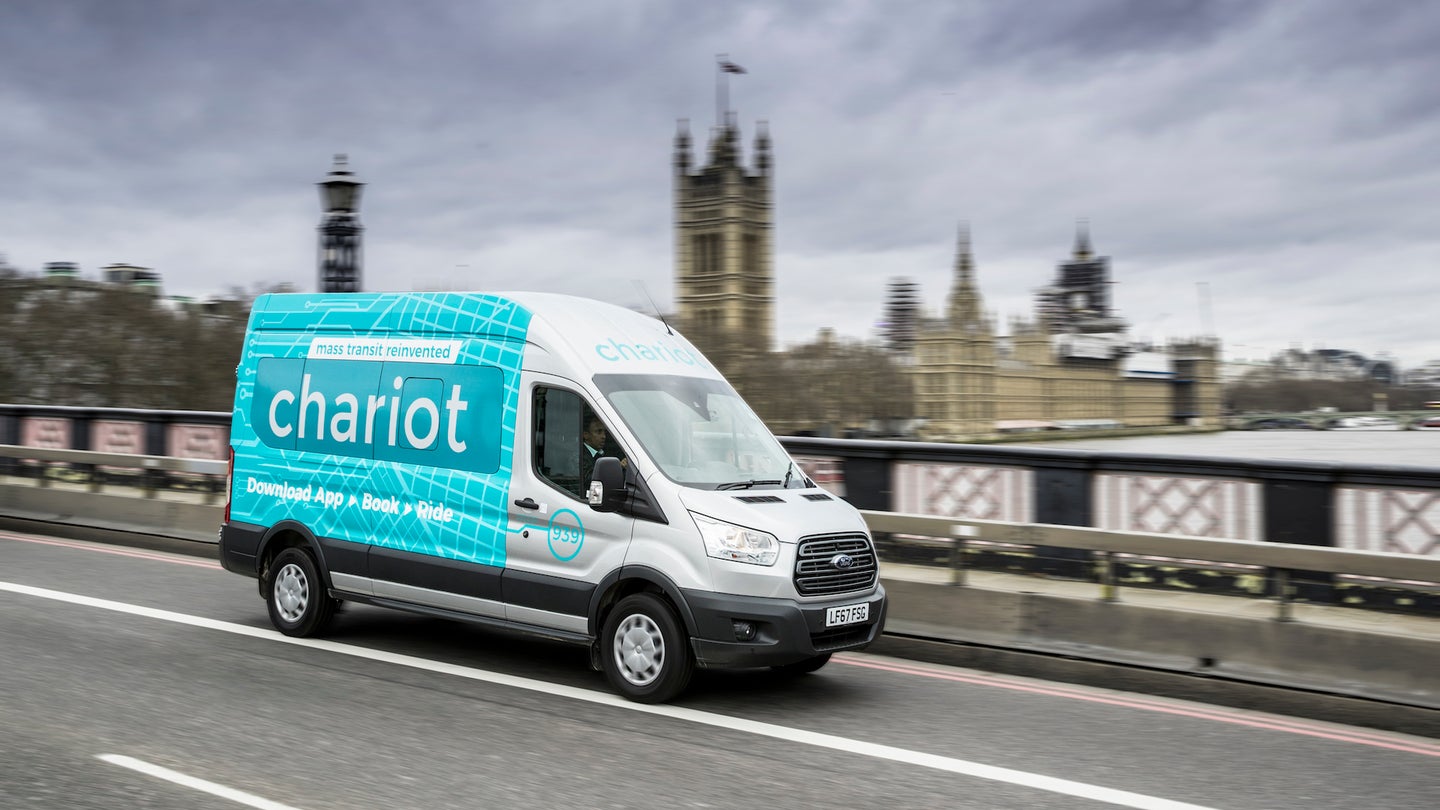 After successfully launching in several cities across the United States, Ford's Chariot shuttle service is making the jump across the pond to service the busiest city in the United Kingdom: London.

Ford Motor Company announced today that the app-based shuttle service company had successfully initiated operations in London, offering four Chariot routes designed to complement the city’s existing public transportation system. The routes were chosen after an in-depth analysis of how commuters go about their daily lives in densely populated areas.

A total of 14 Ford Transit vans with a seating capacity of 14 passengers each have been granted access to London’s bus lanes, meaning that they'll get around much faster than taxis, Uber, and Lyft drivers. Pricing will range from £1.60 per ride with a monthly pass to £2.40 without, which is in line with San Francisco's $3.80 per ride with a monthly pass and $5.00 without. Like their American counterparts, Chariot vans will offer complimentary Wi-Fi to all riders.

Since being acquired by Ford in 2016, Chariot has established operations in the Bay Area in California; Seattle, Washington; Austin, Texas; and most recently, New York City. The company's goal is to provide accessible first- and last-mile rides to people who live in areas that are not within walking distance of public transportation.