​​​​A Chariot spokesperson claims it ‘wasn’t a sustainable business.’ 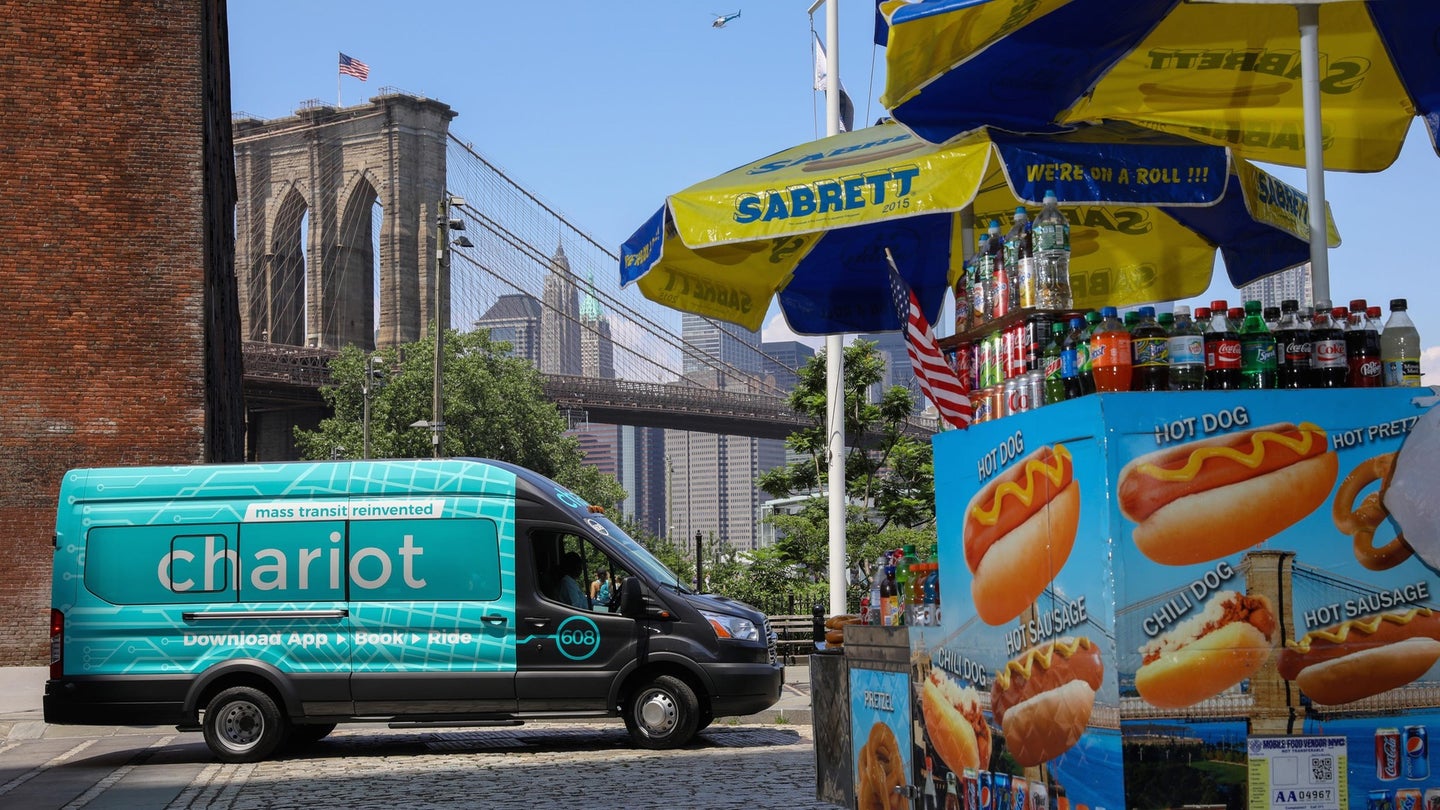 Ford's Chariot shuttle service is no more. The San Francisco Examiner originally obtained an internal email confirming the service's demise, and Chariot subsequently confirmed the rumor in a blog post that it will cease all operations by the end of March.

"We apologize for the inconvenience this may cause Chariot's riders and our enterprise customers, Chariot CEO Dan Grossman said in a statement. "We are committed to ensuring our customers are aware of the decision and have time to make alternative transportation arrangements."

Chariot launched as an independent startup in San Francisco in 2014. It was bought by Ford in 2016 for $65 million, and gradually expanded service to other U.S. cities, as well as the U.K. Chariot became one of Ford's most prominent mobility-service experiments, as the company attempted to diversify beyond simply making and selling cars.

Chariot attempted to split the difference between buses and ride-hailing services like Uber and Lyft. Individual passengers could book a ride on one of Chariot's vans using an app, and people heading in vaguely the same direction would be grouped together. This offered some of the app-based convenience of Uber and Lyft, but the idea was to put as many people as possible in the same vehicle, in turn eliminating more vehicles from the road and reducing traffic congestion.

But Chariot apparently wasn't successful in luring riders away from Uber and Lyft. According to Streetsblog, Chariot's 25-van New York City fleet averaged just nine riders per vehicle per day on its best days, with the overall average closer to five riders per vehicle per day. It's not too surprising: Uber and Lyft allow passengers to have cars to themselves and don't require passengers to be flexible with pickup and drop-off locations. Chariot was likely the more efficient way to move people around a city, but it was also less convenient for individual commuters.

Ford isn't done with mobility services, however, as it recently bought scooter-sharing service Spin, and it continues to operate the GoRide medical-transportation service.

Cellular ‘vehicle-to-everything tech’ could link everything from cars, stop lights, emergency vehicles, and even pedestrians.

Superformance will build 200 aluminum-bodied GR-1s, and make up for lost time by awarding it a 2-second zero-to-60 mph time.