Ford GoRide Will Give Detroiters Rides to Their Doctors

Ford is partnering with Detroit Medical Center for the service. 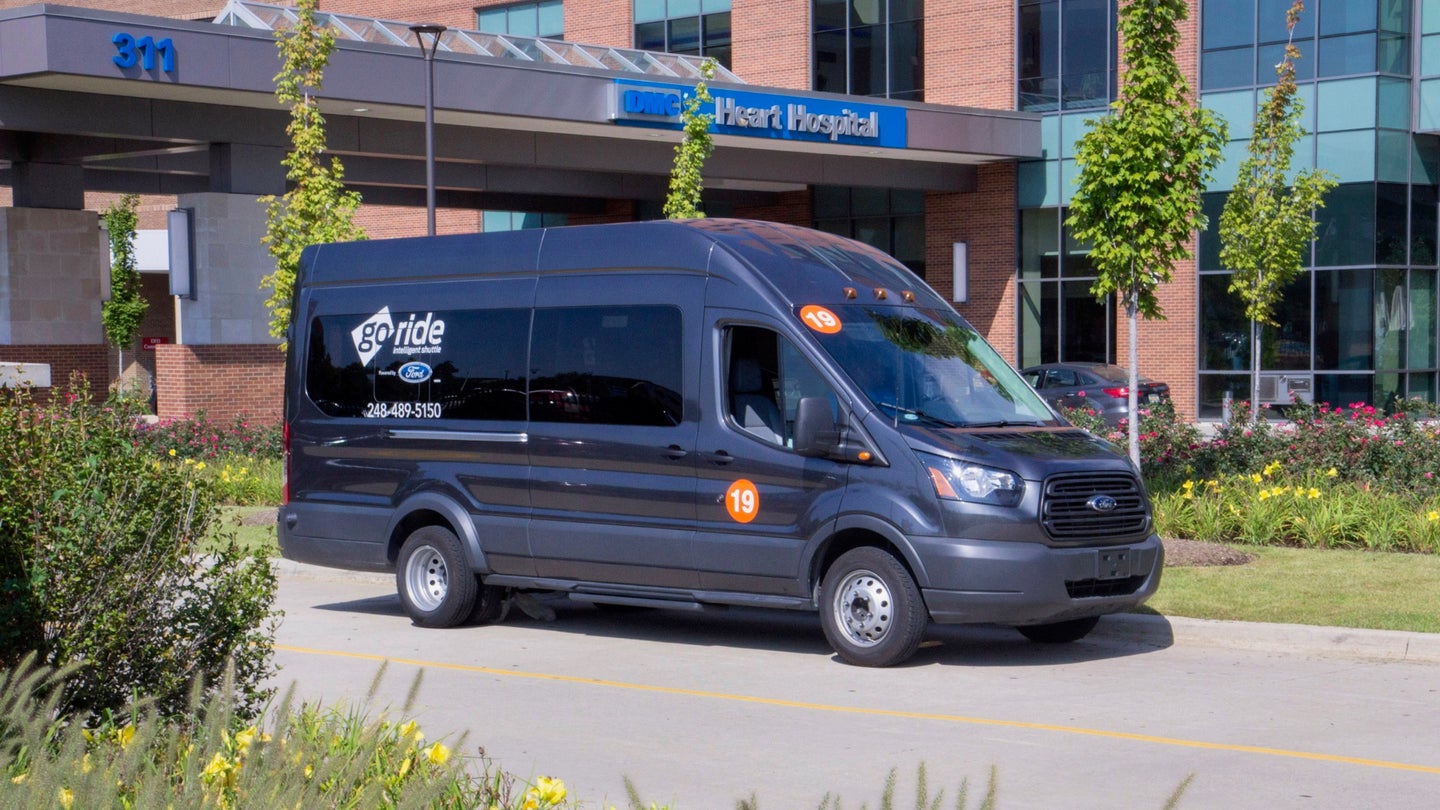 Patients of Detroit Medical Center can now use Ford's GoRide to get to their doctor's appointments. Ford launched GoRide in April as a non-emergency medical transportation service. It's part of the Blue Oval's push to expand its business beyond car sales.

Patients can schedule rides to coincide with appointments through DMC or GoRide's own dispatchers. Rides can be booked through the GoRide website or over the phone, but unlike other mobility services, Ford hasn't devised an app.

GoRide uses a fleet of Ford Transit vans with wheelchair lifts and tie-down positions, as well as running boards and extra grab handles to make getting in and out easier. The service uses professional drivers trained in job-specific skills like handling patients in wheelchairs and CPR.

Lack of transportation can be a major barrier to receiving healthcare. A recent study found that patients without cars often use expensive ambulance rides because they have no other way to get to medical care. According to a National Conference of Staff Legislature, approximately 3.6 million Americans fail to receive health care due to a lack of transportation, a Ford statement said. The automaker claims the problem may be even worse in Detroit, noting that the number of people without a vehicle is 16 percent higher than the national average.

Some patients have taken to using ride-hailing services like Uber and Lyft to get to doctor's appointments. Uber has even launched a healthcare-specific service called Uber Health. But because Uber and Lyft rely on freelance contractors, they can't guarantee that drivers have the proper training, or the right vehicles to handle people with mobility issues. The companies have already come under fire for not providing enough wheelchair-accessible vehicles for their core ride-hailing services.

Ford and other automakers are experimenting with mobility services as a hedge against the decline of car sales. By providing alternatives to car ownership, these services represent a threat to automakers' traditional business model, but they also provide an opportunity for companies like Ford to diversify beyond making and selling cars.