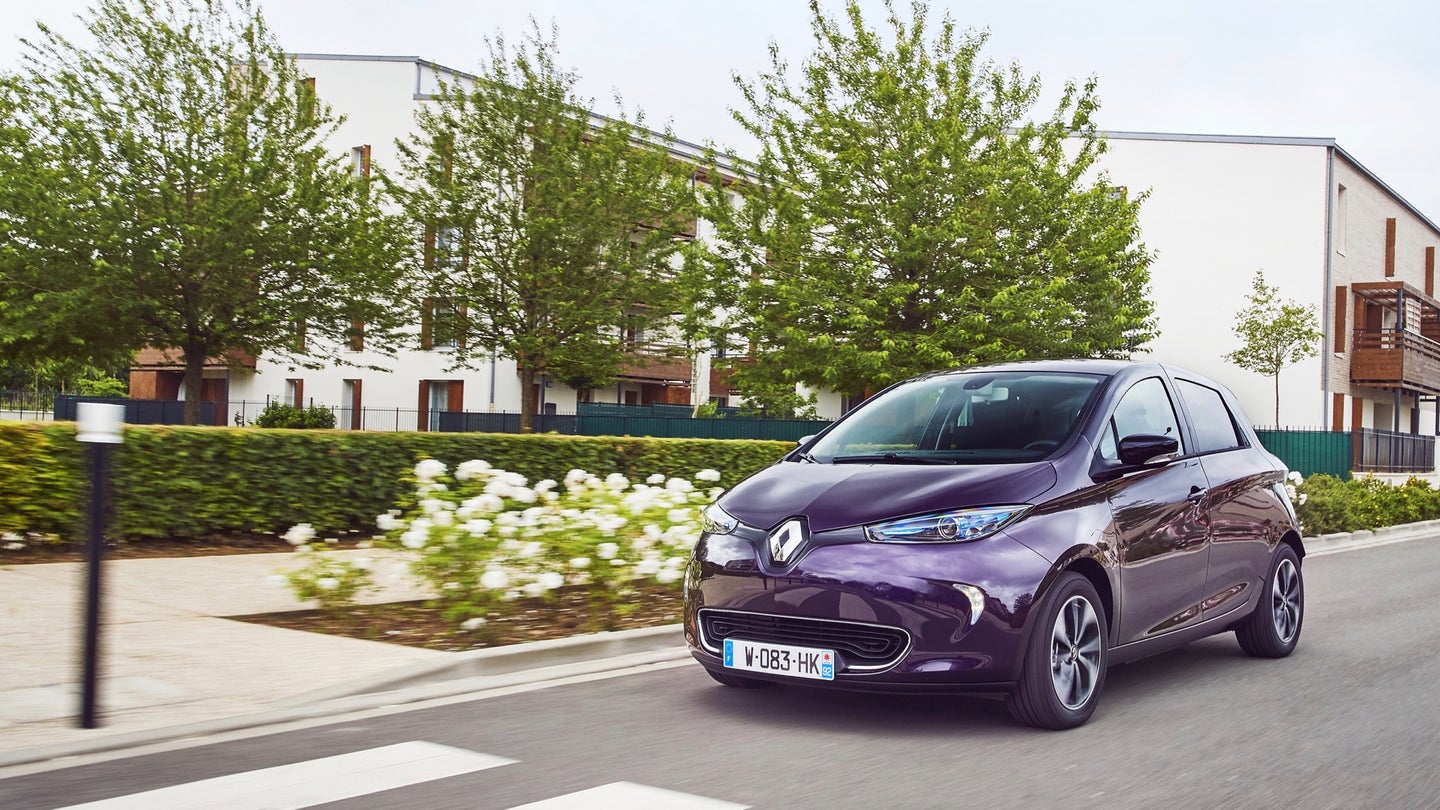 Many European countries are considering ending sales of new gasoline and diesel cars, but the city of Paris isn't waiting around. The French capital has already tested a "day without cars," and has discussed banning internal-combustion cars by 2030. That makes Paris the perfect place to launch an electric car-sharing service.

Renault has teamed up with the city government to give Parisians access to electric cars. The automaker hopes the to continue working with Paris officials on future mobility services. For now, Renault is deploying a fleet of electric cars in Paris that residents will be able to access 24/7.

Cars set aside for longer journeys will be kept in designated parking lots and accessed via special stations. Other cars, designated for shorter journeys, will be accessible without the stations. Available cars will include the Renault Zoe hatchback, the Twizy neighborhood electric vehicle, and the Kangoo ZE and Master ZE vans. Renault hopes to have a fleet of 2,000 vehicles in operation by the end of 2019.

As a next step, Renault and city officials will initiate a "working group," open to other cities and companies, "whose aim will be to think collectively about the integration of changes in mobility in the city," a Renault press release said. The automaker hopes to involve the C40 network, a coalition of some 100 cities chaired by Paris Mayor Anne Hidalgo.

Automakers are showing more interest in mobility services as a way to branch out from merely selling cars. General Motors has an entire mobility brand, called Maven, and Volvo is now launching one of its own, called M. Ford has experimented with everything from shuttle vans to bike sharing. BMW and Daimler are undertaking a joint effort to offer a comprehensive suite of mobility services. Sharing services have the potential to erode new-car sales, but automakers could make that trend work for them if they operate the services themselves.

Renault's effort to embrace a city government that's hostile to cars is also telling. It's easy to talk about banning cars, especially in a city like Paris that was never particularly well suited to them. But people still need a way to get around. A fleet of shared vehicles could fill that need, while still being small and easy enough to manage for city officials. Sharing services could keep automakers from being locked out of urban markets in decades to come.