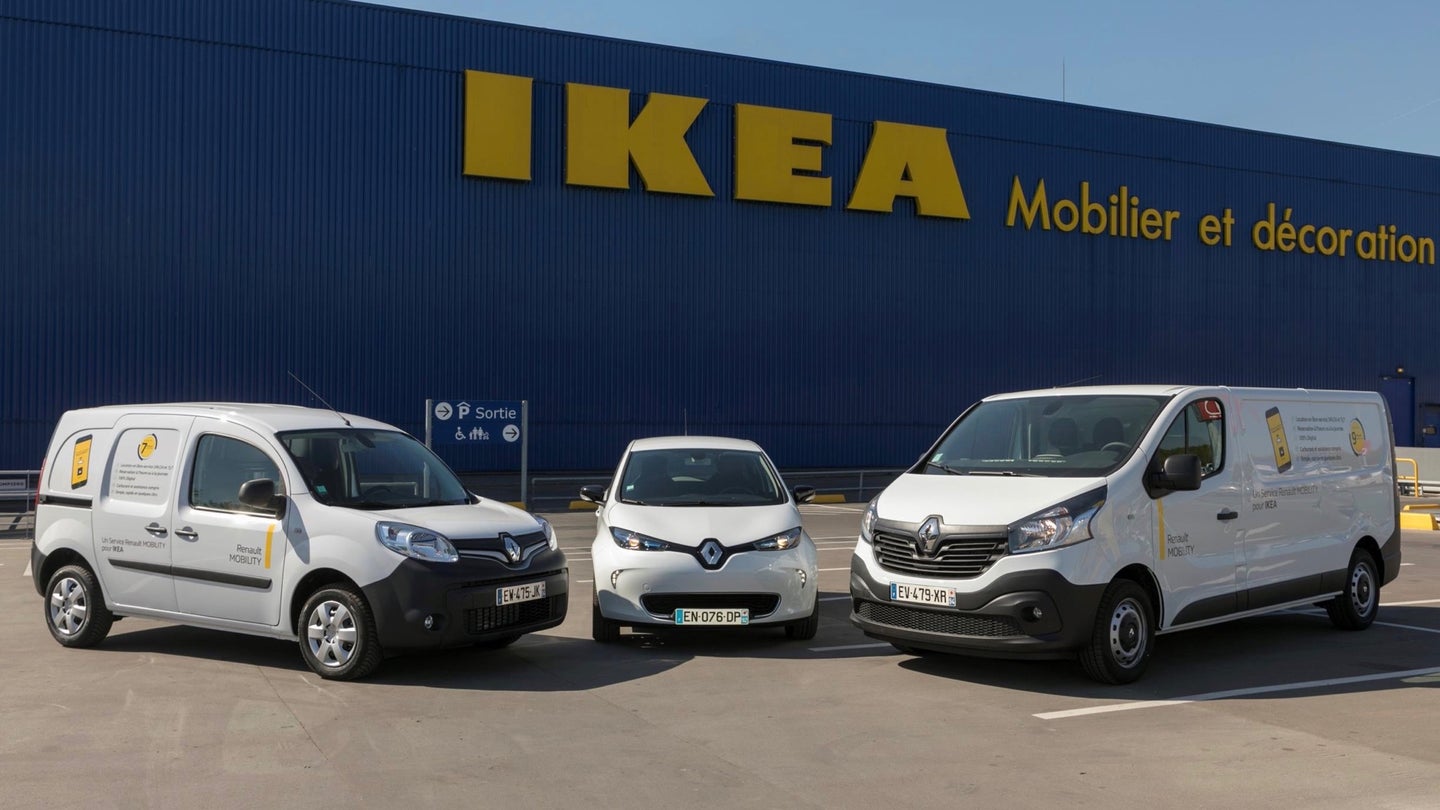 Have you ever made a trip to a big-box store only to buy more stuff than you can haul home in your own car? Renault is giving French Ikea shoppers a way around that problem. The automaker is setting up a car-sharing service that allows customers to rent vehicles directly from the Ikea parking lot.

Renault is rolling out the service at the Paris-Villiers Ikea store but hopes to make car sharing available at all French Ikea stores by September. The service is an expansion of Renault Mobility, which already has 180 self-service, 24/7 rental locations in France. Customers can rent a vehicle starting at €7 ($8.53 at current exchange rates) per hour. Vehicles must be returned to Ikea or Renault Mobility stations at the end of the rental.

Ikea customers will be able to rent Renault Trafic, Kangoo, and electric Kangoo ZE vans. Renault will also offer the tiny Zoe electric hatchback, although that doesn't seem like the ideal car for an Ikea trip. Renault plans to have 300 vehicles available to Ikea customers by September. While the fleet will start with a mix of internal-combustion and electric vehicles, Renault wants to go all electric by 2020.

Renault isn't the only automaker interested in car sharing. General Motors operates car-sharing services under its Maven brand in North America, and BMW and Daimler are prioritizing car sharing as part of a major joint mobility-service push. These initiatives serve as contingency plans against competition from services like Zipcar, and the possibility that autonomous cars will erode new-car sales.

Hybrid trucks could be perfect for hauling flat-pack furniture.