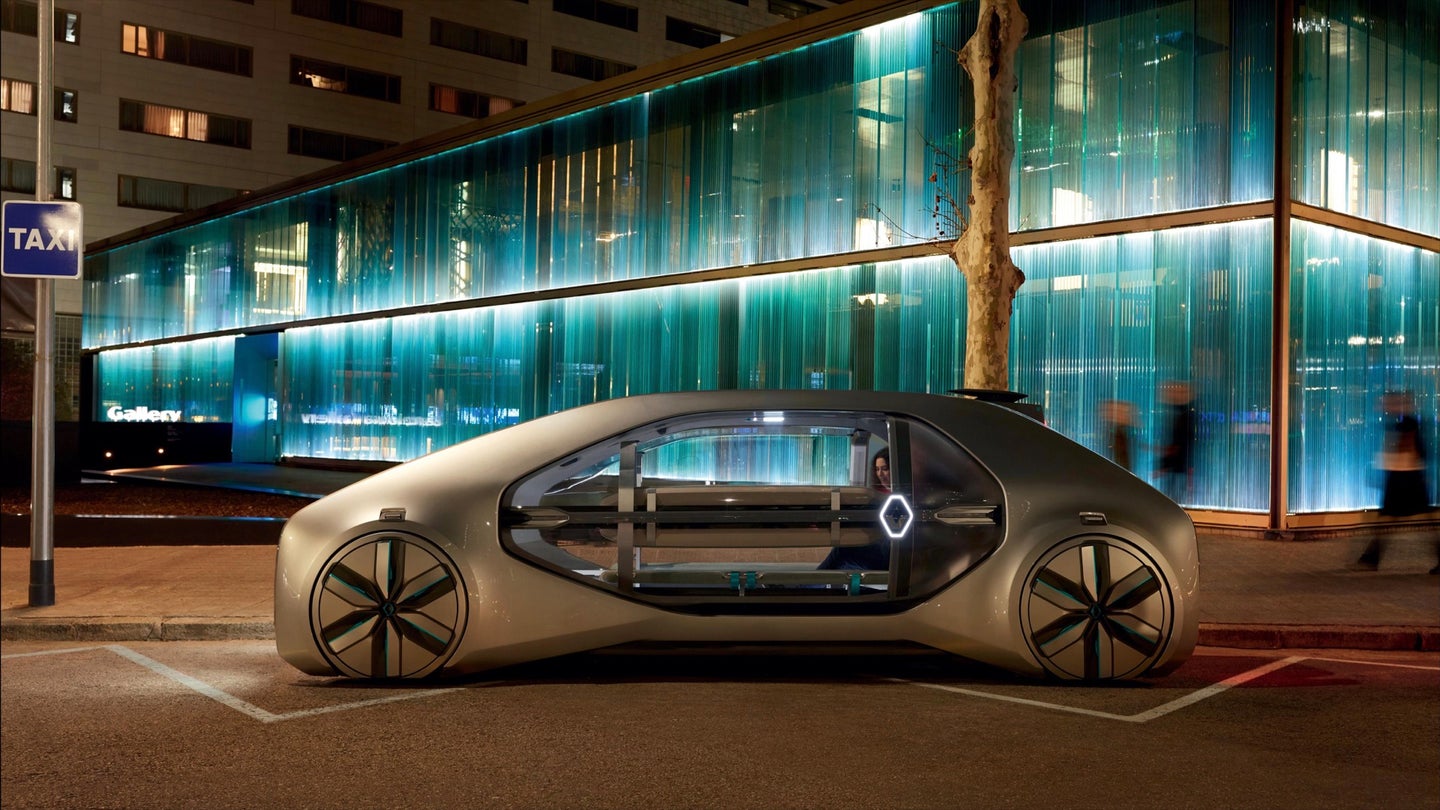 The auto industry believes the combination of electric powertrains, autonomous driving, and ride sharing will have a much greater impact than any of those three trends might have individually. Debuting at the 2018 Geneva Motor Show, the Renault EZ-GO concept is the latest attempt by an automaker to predict how those three trends will fit together.

The lozenge-shaped EZ-GO is fully electric, and fully autonomous. It may not be particularly striking to look at, but Renault believes cars like this could be the best way to move around cities in a future where autonomous-driving tech has matured. The EZ-GO is also an example of how automakers plan to use autonomous driving to find new sources of revenue beyond just selling cars.

Like Toyota and its e-Palette concept, Renault envisions the EZ-GO as the basis for a ride-sharing service. Specifically, Renault seems to be aiming for something that's part Uber, part bus. The automaker's scheme involves riders hailing an EZ-GO vehicle using an app, or getting on at designated stations. With seating for six, the EZ-GO concept isn't as private as an Uber Toyota Camry, but it should do a better job of reducing traffic congestion by putting more people in one car.

Renault wants to improve on existing ride-sharing services by offering more choices. Six tourists could book an EZ-GO as their own private tour bus, the automaker said. Alternatively, women traveling late at night could choose to ride only with other women for safety, according to Renault. Another safety element is the EZ-GO's massive expanse of windows. These not only provide good views for passengers, but also make whatever is happening in the vehicle clearly visible to outsiders.

According to Renault, the EZ-GO is based on a modular platform that can be used for different vehicle types. The automaker plans to launch additional EZ-GO concepts throughout 2018. For now, though, the one concept car Renault has produced is limited to 30 mph, making it more of a low-speed shuttle than a true passenger car. The Geneva concept is also only SAE Level 4 autonomous, not Level 5, meaning it may still need some level of human control in certain situations.

The EZ-GO likely won't go into production, but Renault is testing self-driving cars with the aim of launching an autonomous ride-sharing service by 2022. It will be interesting to see if the cars used in that service resemble the EZ-GO, or are more conventional.