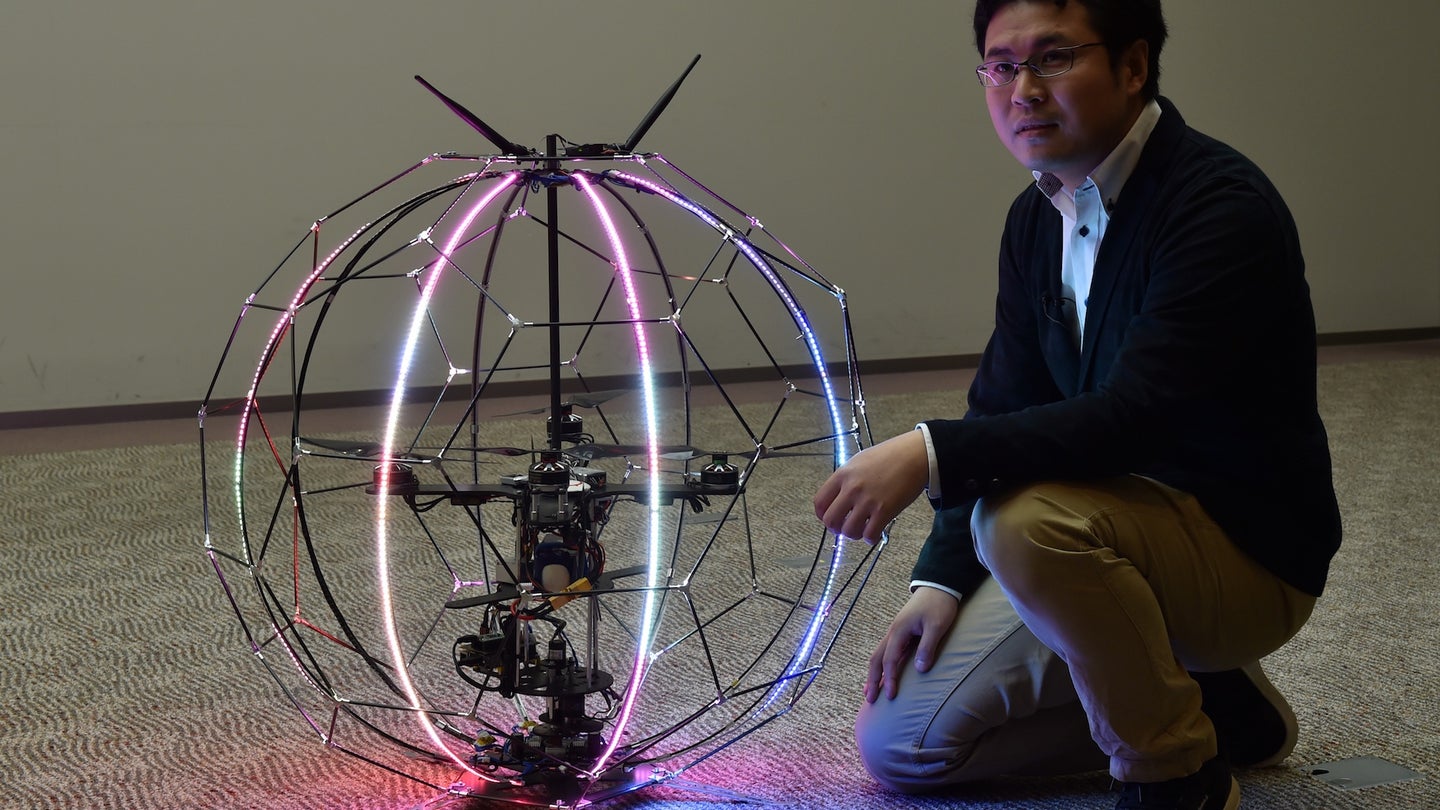 Japan has become a hotspot of various drone-related activity in the past few months. In October, we witnessed Chinese drone-manufacturer DJI open an indoor drone arena in Tokyo. A few months later, there was serious consideration given to implementing unmanned aerial vehicles in combatting unhealthy overtime hours. Most recently, a new drone-centric museum was opened in the city of Osaka, which hopes to educate visitors on the history of UAVs while allowing them to experience these aerial products for themselves.

According to The Japan Times, Drone Museum Horie which was inaugurated in December is the nation’s first. While there is a strong collection of UAVs on display, visitors can also actually purchase them, as well as test-fly them on site. As far as museums go, that’s pretty damn exciting, and something other museums should take note of—why can’t I take that Renoir piece home and see how it looks on my wall? Is it really that much to ask, MOMA?

Regarding the actual history of drones, there’s a chronological throughline of sorts. There are reportedly 16 types of UAVs from across the globe on display, ranging from industrial drones produced in New Zealand in 2011 to the most modern UAVs capable of live streaming footage to your smartphone. The span of technology is viscerally palpable, as you’d see a mini-drone weighing 0.6 ounces (18 grams) in the same building as an enormous agriculture-focused UAV that sports a 10-liter tank. In other words, the simple visuals alone, and the evolution of a UAVs aesthetic, can teach visitors how far we’ve collectively come. “There are not many places in Japan where people can see and touch drones. We hope to promote them form the Kansai region,” said an official of Skyasky Co., the drone pilot school that currently manages the Drone Museum Horie.

Visitors can engage with and experience drones for themselves, including UAVs that respond to hand gestures, which is likely an impressive first encounter for most. According to The Japan Times, the building is two stories tall with ceilings high enough to provide room for first-time drone users. Additionally, there are lectures and lessons planned for the future, during which visitors can learn how to fly and where doing so is illegal. The cherry on top? Entry to the Drone Museum Horie is free. “I hope people will stop by freely since it is located in Minamihorie - a hub of fancy cafes and boutiques - and become more familiar with drones,” explained head of the museum, Mei Watanabe. If you’re anywhere near Osaka, I’d highly suggest making your way over to the Drone Museum Horie.

DroneGun Tactical is Your New and Improved Portable Drone Downer

The DroneGun Tactical is more ergonomic, portable, and effective than its predecessor – well, mostly. Let’s take a look inside.