Oregon's Crater Lake is a sacred site to some and a drone-free zone to all. Increased violations have park officials fed up and police investigating. 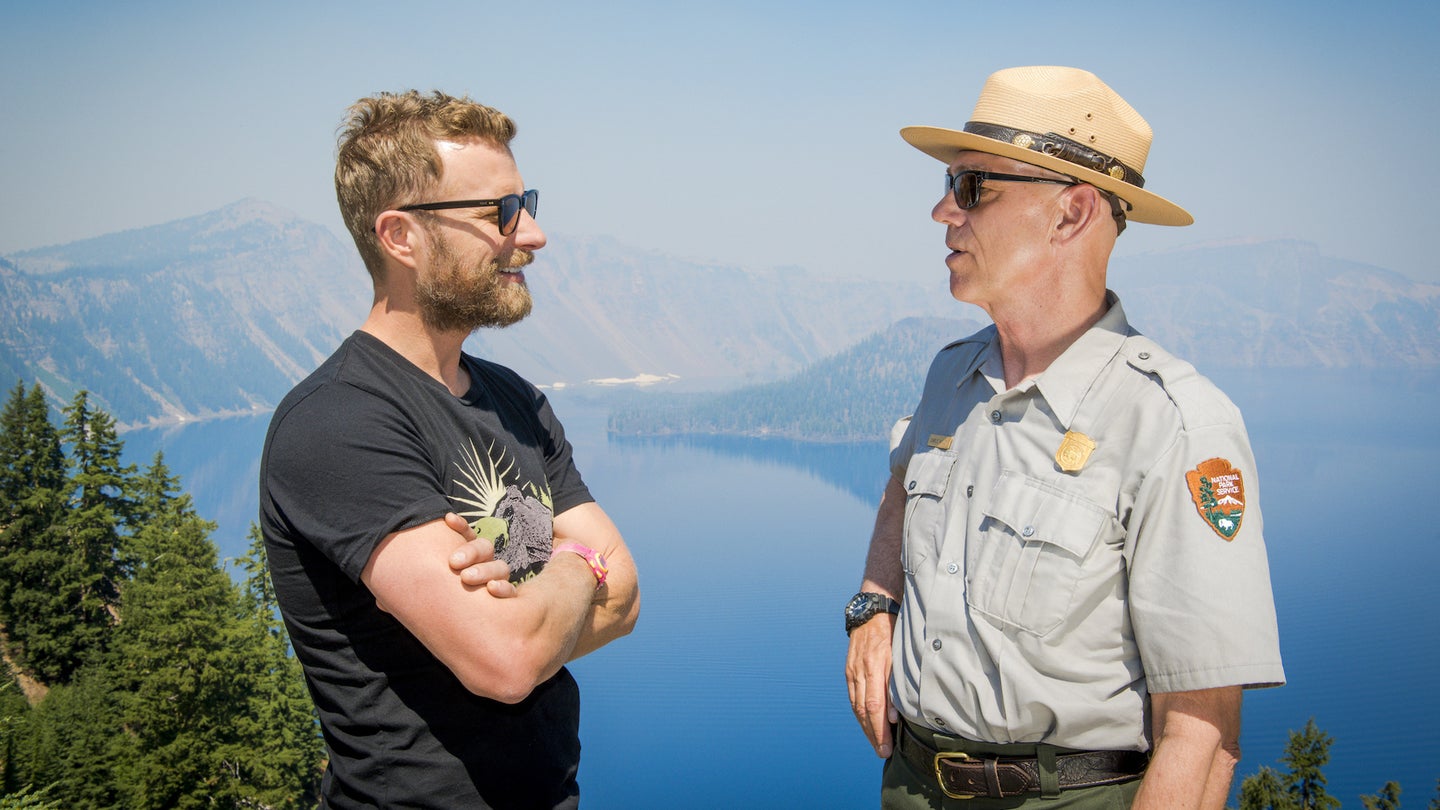 Oregon’s Crater Lake, the state’s only national park, has a problem. The reportedly rampant illegal use of drones in the park is not only ruining the experience for others, it's illegal. Though unmanned aerial vehicles have been outlawed in national parks across the country since 2014, the apparent increase has drawn a sand in the line. Last year, local officials came together to ponder a solution.

According to Statesman Journal, it’s the modern affordability and tech appeal of drones that has spurred the growth of drone owners, which is directly reflected in the Crater Lake visitor populous. “It’s becoming quite a problem,” said Craig Ackerman, Crater Lake superintendent. “People are using them without concern for the impacts, and we intend to start stepping up enforcement of the rule.”

But it isn’t just a drone or two buzzing softly in the distance that’s troubling those responsible for the safety and integrity of the park. According to Ackerman, UAVs have been whirring across the lake, encountering near misses with boat tours, and generally frustrating other visitors. Chief of interpretation and cultural resources at the park, Masha McCabe, has even encountered groups preparing to deploy drones from the park on a routine basis. Additionally, this isn’t a case of ignorance or uninformed transgression. The rules, it seems, are clearly laid out at Crater Lake.

“I would say it’s a growing problem,” said McCabe. “There might be some folks who just don’t know, but we make it pretty clear in the park newspaper you get upon entering the park, on our website and in signs around the lake.” Violating these seemingly well-established restrictions is an expensive prospect, as doing so results in a misdemeanor charge tied to a maximum penalty of six months in jail and a $5,000 fine. According to Statesmen Journal, park officials need only see a drone mid-flight before they alert law enforcement rangers who locate the responsible pilot.

“People come here for quiet and solitude, and if there’s a drone buzzing overhead all of a sudden, that’s pretty intrusive,” said McCabe. “We’re also home to several endangered species and drone noise has been shown to disrupt wildlife. There are plenty of public lands where they are allowed, but at national parks, our mission is different.”

It was only last year that the Oregon Parks and Recreation Department established a policy group to form a consensus on how to deal with this issue. While some state parks in Oregon rule on drone use on a case-by-case basis, Crater Lake is a national park, with its officials firmly against the use within park boundaries entirely. Not even commercial companies, like movie studios or production companies eager to shoot aerial footage there, are allowed to do so. The increased anti-drone enforcement is reportedly so stringent here that Crater Lake officials said law enforcement would “look into” YouTube videos aerially and illegally shot at the park.

The National Park Service, however, is reportedly permitted to use UAVs for search and rescue, scientific study, firefighting aid, and footage purposes. If you’re a drone enthusiast and live in the area, take a moment to reconsider taking your UAV to the park next time. It’s not only a hefty fine to face if caught, but with the added news recent near-misses across various countries, it just isn’t worth taking the risk.