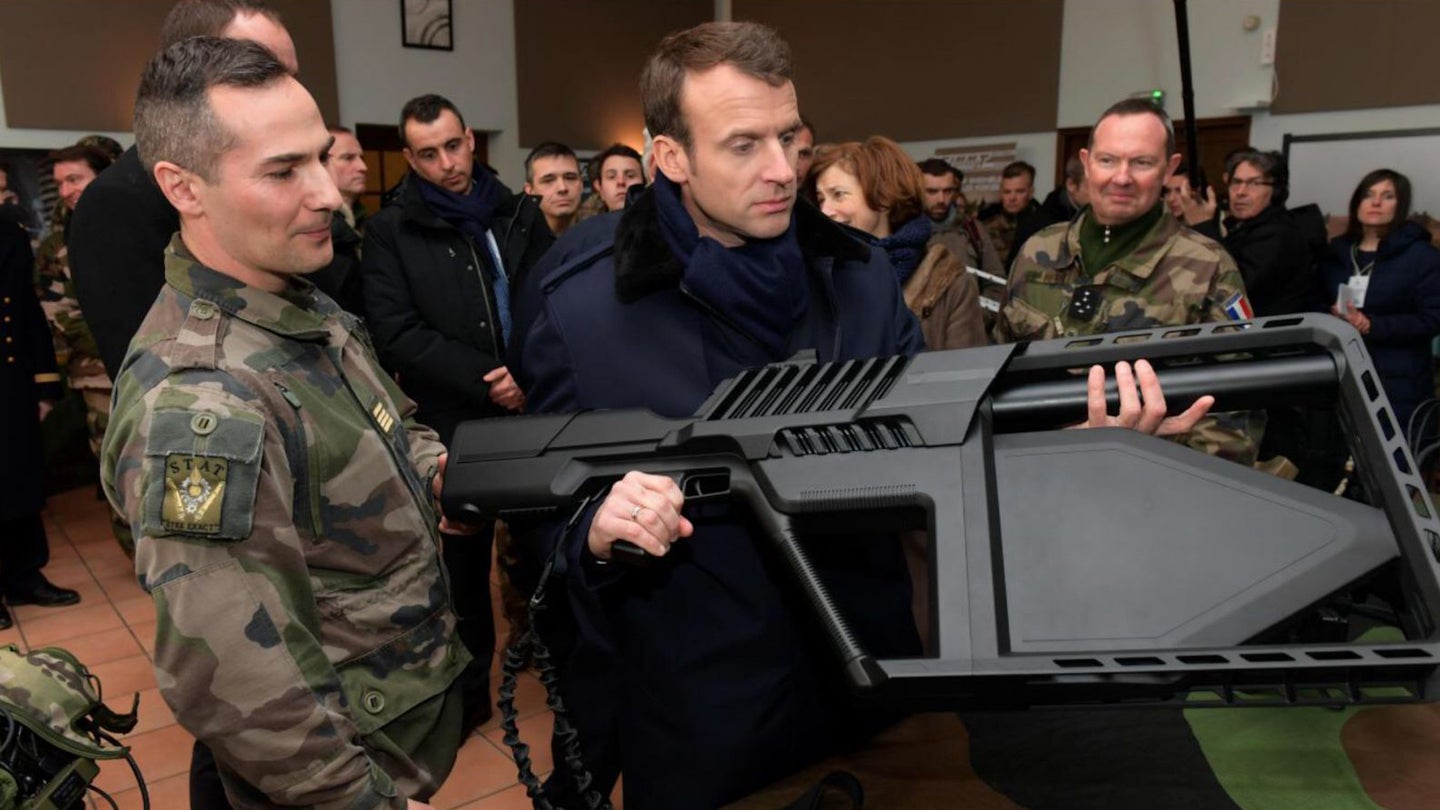 In February, Australian anti-drone tech company DroneShield announced that the Queensland Police Service would be trained to use and equipped with the company’s DroneGun at the XXI Commonwealth Games in Brisbane. We’ve reported on law enforcement preparations regarding aerial trespassing before, such as South Korea’s drone-related SWAT team drills before the 2018 Winter Olympics, and it seems the QPS really benefitted from including DroneGuns as preventative measures here, as well. According to DroneShield’s press release, law enforcement successfully downed a rogue UAV using the company’s products.

As the release explains, the Brisbane authorities responsible for maintaining aerial integrity of the Commonwealth Games detected a UAV trespassing into an “aerial exclusion zone” near the Games’ venues, and quickly downed the drone using one of the DroneGuns provided by DroneShield. The unidentified pilot, of course, was apprehended thereafter.

Peter Beattie, Chairman of the Gold Coast 2018 Commonwealth Games Corporation, reportedly told members of the media that the safest place on the continent during these Games is at the Games. While traditional security measures such as cameras, police officers, and strict regulations are sure to comprise most of that tangible safety, it certainly seems as though counter-drone technology is an increasingly useful method, as well.

Without the QPS being trained to use and be equipped with these DroneGuns, how long would the rogue drone have retained complete agency? What were the pilot’s intentions? While none of that is clear, it’s this exact lack of data that poses a threat to law enforcement at public events like these. You simply don’t know if this is a harmless hobby drone enthusiast breaking the rules, or if the unidentified UAV poses a serious, fatal threat to everyone below. This is where counter-drone measures suddenly put everyone at ease, particularly those responsible for public safety.

DroneShield, of course, is happy to help. Not only can its tech be used to great effect for safety at public events like this, but the news resulting from incidents like this is the kind of genuine marketing companies dream of. “Much of the use of our products is not publicly-known,” said DroneShield CEO Oleg Vornik. “Security and military agencies rarely comment on deployments and specific incidents. We are proud to have secured the skies for the public at the Games, as is evident from this incident which became public.” Regardless of the potential motivations, it’s certainly a win for both the local authorities, dipping their feet into counter-drone technologies, and for the Australian counter-drone tech company, as well. Enjoy the Games, everyone.