Formula 1 has never raced at Road Atlanta, but we now know how much we want it to. 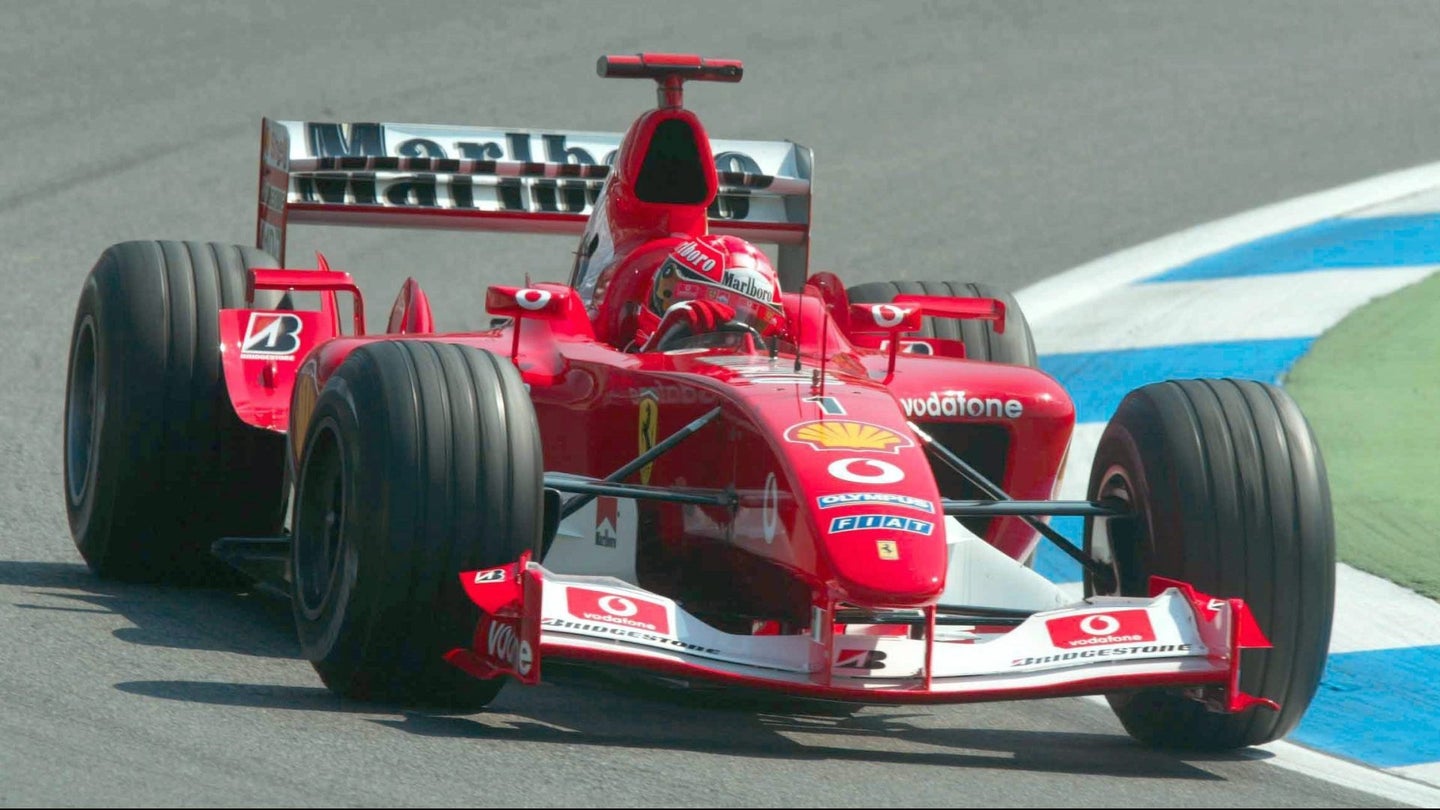 Ferrari's 2003 Formula 1 car, the F2003-GA, debuted at the 2003 Spanish Grand Prix, at which it won. Almost fifteen years have passed since, and the F2003-GA is now obsolete to the tune of four generations of F1 cars. Do not for even a moment believe that this means the F2003-GA is slow; the pole position time Michael Schumacher set at its debut race is only 0.58 seconds off the unofficial Catalunya lap record of 1:17.182 set by Sebastian Vettel during this year's winter shakedown, and as fast as some current F1 cars.

It and other historic Ferraris were deployed at Road Atlanta for one of the company's Corse Clienti customer racing events, at which it treats wealthy customers to driving experiences in its historic F1 cars. At said Road Atlanta event last week, vintage Ferrari enthusiast Bud Moeller lent out his privately-owned F2003-GA to Marc Gené, a former F1 driver and winner of the 2009 24 Hours of Le Mans, and some of the track time was filmed from atop the car's roll hoop including Gené's fastest lap of the day: 1:01.200.

With the F2003-GA's near 900 horsepower and 600 kilogram (1,323 pound) weight, it is hard to imagine any car in the near future knocking it off the top. Maybe someone should ring up Mercedes and see if they feel like embarrassing Ferrari's F1 program at yet another racetrack.

Montecalvo was cleared by the medical staff following a wild collision that left his Ferrari upside down.

Good friend of The Drive James Stacy was at the absolutely bonkers Ferrari event in Austin, and brought us a trackside view.