A long history of unfortunate events points back to Dean's wrecked Porsche. 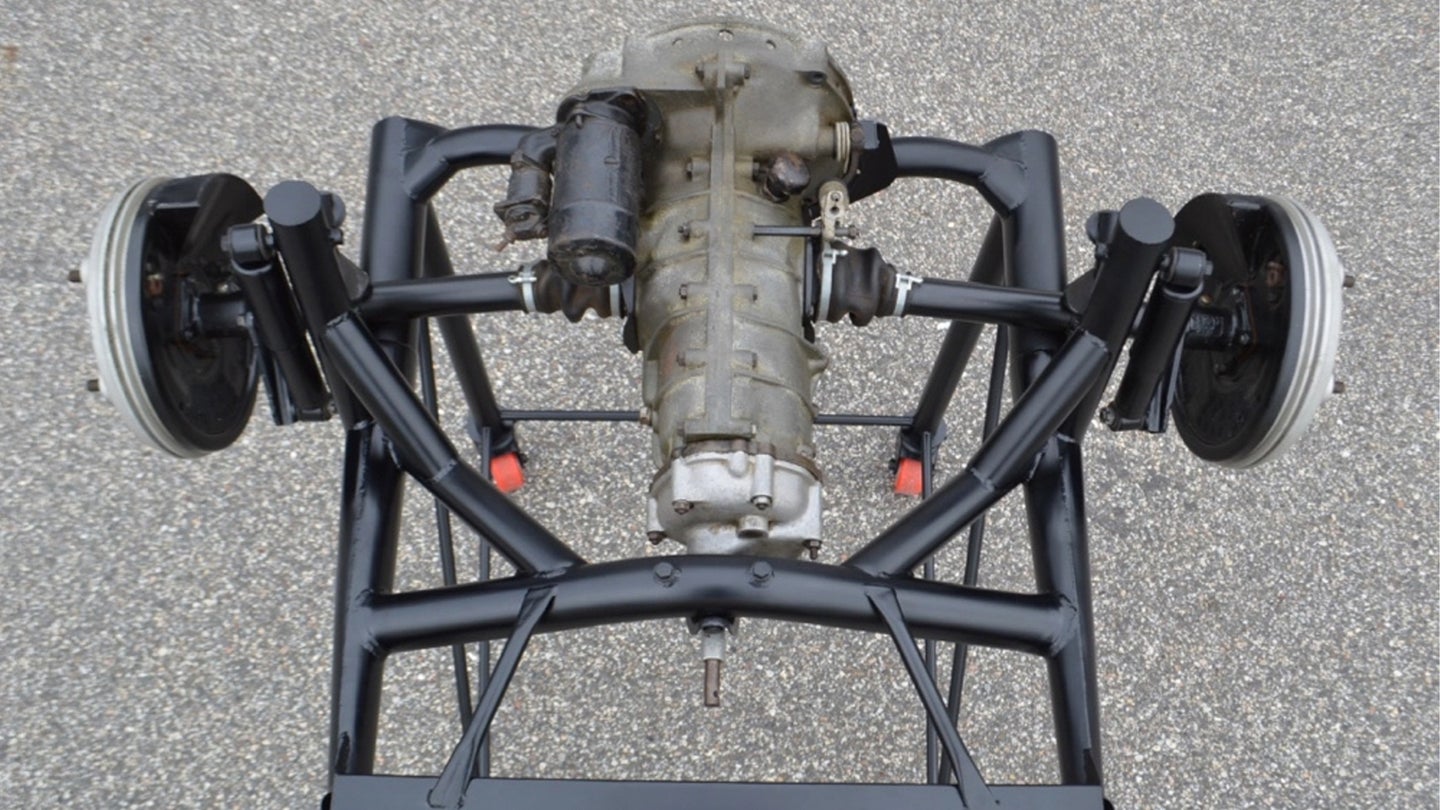 The transaxle salvaged from James Dean's Porsche 550 Spyder has found its new owner. The curio plucked from the remains of the movie star's last ride recently landed on Bring a Trailer, where it sold for an astonishing $382,000—as much a brand new Porsche 911 Turbo S Cabriolet and 911 GT3 combined.

Despite its intended use as a gearbox, the transaxle won't be used to power one of the few remaining Porsche 550 Spyders that exist today. Instead, the new owner will use the part as a showpiece in a museum to outline Little Bastard's infamous history.

When enthusiasts first saw the Porsche 550 Spyder transaxle land on Bring a Trailer, it was obvious that the part would bring a rather astonishing price. After the hammer dropped, the winning bidder revealed that it was purchased not for another car, but to be put on display in a Las Vegas museum.

The winning bidder turned out to be none other than Zak Bagans, the documentary filmmaker and paranormal investigator featured prominently on The Travel Channel in the mid-2010s. He also happens to own Zak Bagans' The Haunted Museum in Las Vegas which earns its notoriety by displaying unique pieces of the occult. Now, the horror-themed museum will feature the transaxle alongside other infamous automobiles like Jack Kevorkian's 1968 Volkswagen Transporter van, and David Koresh's 1968 Chevrolet Camaro.

“To own the only known piece of what’s probably the most famous cursed item in the world and be able to display it at The Haunted Museum for all to see is like striking gold as a collector of the macabre and haunted,” Bagans told the Las Vegas Review. “I’ve been drawn to the curse of ‘Little Bastard’ for years, and I about died when I heard the actual transaxle was in auction.”

Bagans said that he didn't know how high the bidding would go for the supposedly cursed relic, but it knew one thing for sure: he would own it.

A long history of carnage all points back to Dean's wrecked Porsche.

Dean owned his Porsche 550 Spyder for just nine days before being killed in a head-on collision during the fall of 1955. As an avid racecar driver, he was on his way to Salinas when it collided with a Ford Tudor, killing the actor. Dean's German mechanic, Rolf Wütherich, was riding shotgun and survived, only to die in a car crash several decades later when he returned to Germany to accept a position at Porsche's testing department. And after Dean's death, front and rear suspension parts from the car were fitted to another 550 Spyder. That car crashed during a race, killing the driver, a surgeon named Troy McHenry. In the same race mentioned above, a Lotus Mark IX with the 550 Spyder's engine was being driven by Dr. William Eschrich. The Lotus hit a patch of gravel, injuring the driver and taking the car out of the race.

The remains of the original 550 Spyder, owned by George Barris at the time, would be involved in a barn fire, a crushed transport truck driver, and it once reportedly fell off of its stand and injured a high school student. Even the tires from the wreckage were said to have been sold off and experienced a simultaneous blowout.

To many, including Bagans, James Dean's Porsche 550 Spyder is cursed. But that's all the reason for Bagans' museum to be the best possible owner of the gearbox—while it may never see another race day in its life, it will certainly live on in infamy, maybe even inspiring future auto enthusiasts along the way.

Got a tip or question for the author? Contact them directly: Rob@thedrive.com