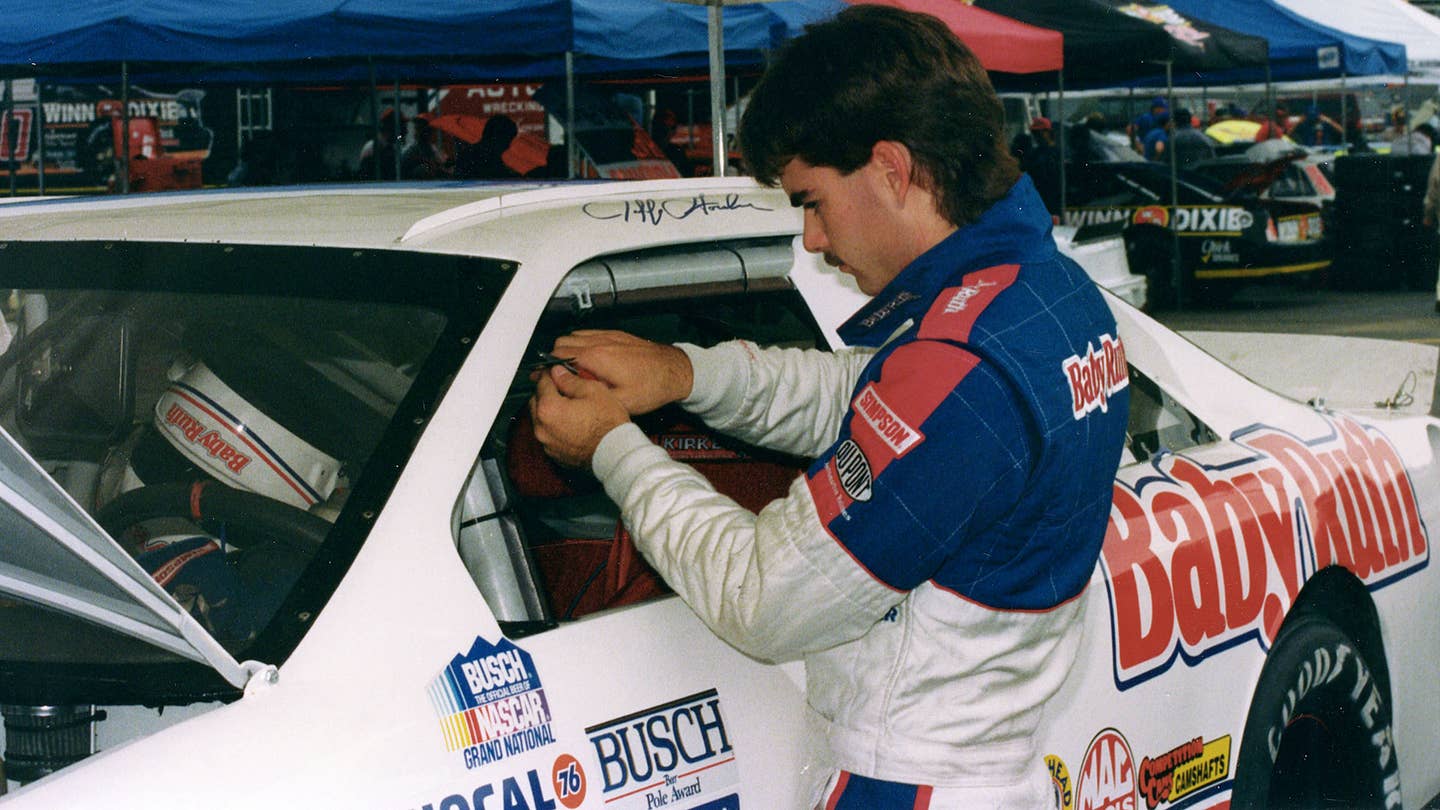 Busch Grand National Series, 1992. It’s Jeff Gordon’s second full year at the premier level of NASCAR. Thing aren’t going well. Driving the No. 1 Bill Davis Racing Ford, he qualifies 44th out of 44 for the season-opening race, the Goody 300. He shows flashes during the race, steadily moving up from the back of the grid, only to retire on lap 102 with engine failure. It’s a major disappointment, but nobody can predict what’s coming: The next three races will change stock car racing history.

At Rockingham, Richmond and Atlanta, Gordon grabbed pole position. He netted a pair of top-ten finishes, then led 103 of 197 laps at Atlanta to take his first Grand National win. Watching from the stands that day, legendary Winston Cup team owner Rick Hendrick noticed the driver of the No. 1 car going sideways in the corners, dancing, lap after lap, and wondered who he was. Gordon didn’t actually have a contract with Bill Davis, and Hendrick soon signed him, a partnership that lasted 23 seasons.

The NHRA’s Darrell Gwynn bought that original No. 1 car years ago, and it sat until Gordon announced his retirement. Intended as a fundraiser for the Darrell Gwynn Quality of Life Chapter of The Buoniconti Fund to Cure Paralysis, Ford’s been restored by the same crew that built it, including crew chief Ray Evernham, engine builder Keith Simmons, chassis builder Billy Hess, and team owner Bill Davis.

“What I like is Darrell really studied the pictures from Victory Lane,” Gordon’s stepfather John Bickford told NASCAR. “They really worked hard on the car… These guys found all the Victory Lane pictures and made sure the car looked like the Victory Lane shots because that's what they're representing.”

Gwynn is offering it at Barrett-Jackson. There’s no reserve but, like a young stock car out of California cutting his teeth on the old Grand National circuit, I’m thinking it’ll do just fine.