You Can Buy Evel Knievel’s Harley

Estimated sale price might make you, uh, jumpy, though. 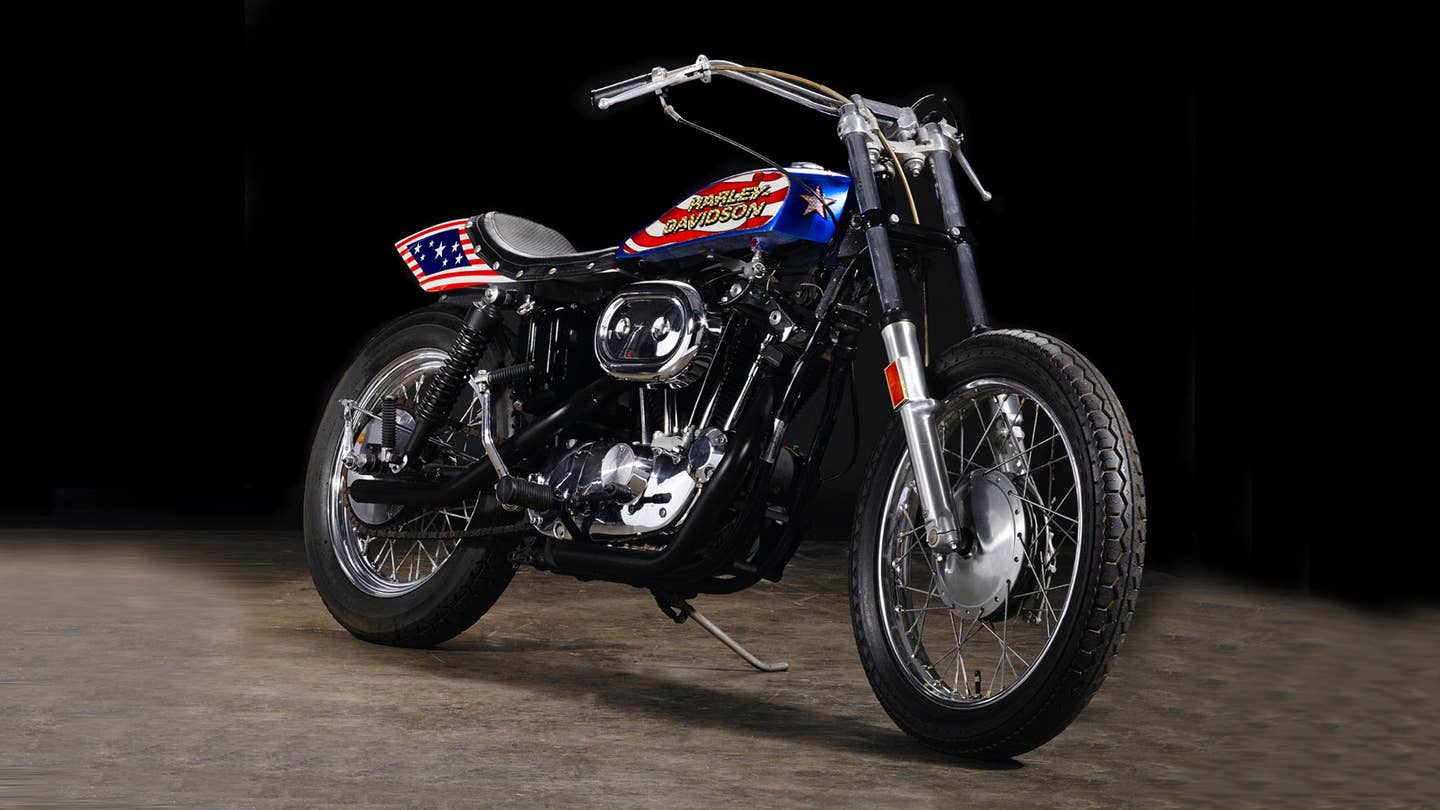 Legendary stuntman Evel Knievel famously jumped XR750s: Harley’s hard-assed flat-track racers. At first this perfectly restored 1976 Harley-Davidson XL1000 Ironhead Sportster, now headed to auction at Bonhams in Las Vegas, looks like one of those rare and priceless machines. Get a little closer to the details, though, and some mechanical mischief becomes apparent. It’s clearly no XR, the carb and the pipes hang off the same side of the motor, the easiest way to tell the bikes apart at a glance. But don’t think this sneaky Sportster is a fraud; it’s anything but.

Built for the Evel Knievel feature film Viva Knievel! by legendary movie stuntman Bud Ekins, this Sportster has pedigree for days. The bike starred alongside Knievel himself as he battled Mexican drug dealers with the assistance of Gene Kelly, Lauren Hutton and Leslie Nielsen.

Casting an Ironhead Sportster in the role of Evel’s famous XR makes worlds of sense. Equipped with a kick-starter, effective(ish) brakes and civilized, streetable carbs, this Harley would be a whole lot more manageable around a film set than the fire-breathing XR750. Less manageable perhaps will be the price. Bonhams expects this historic Harley to sell for upwards of $80,000.