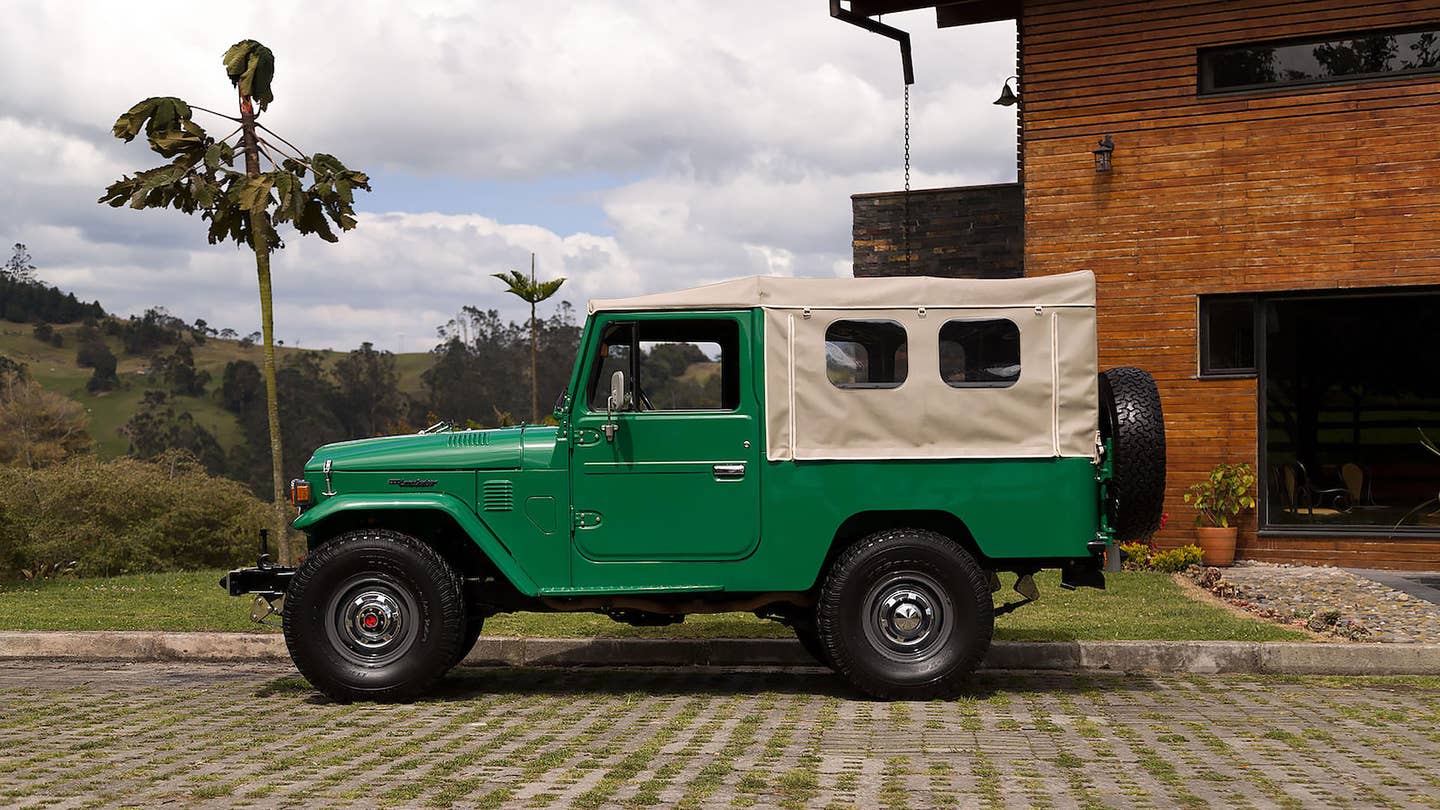 I don’t know how many original FJ40s Toyota moved in an average week in the Sixties and Seventies, but I’m pretty sure 20 would have been stellar. And I’m pretty sure all of them together wouldn’t have cost what one fully restored Land Cruiser brings today. But in the Scottsdale auctions this month, we’re looking at an assembly of restored and modified trucks that would have humbled any Toyota dealership in the world.

Three varieties are being offered—the short wheelbase FJ40 we all know and love; the rarer FJ45 two-door truck; and one late production, long wheelbase FJ43. Bonhams and Silver each have one Land Cruiser; RM Sotheby’s has two, Russo & Steele has four and the rest are at Barrett-Jackson (along with a pretty sweet restored 1982 SR5 pickup).

They fall into four categories: There are a couple of beaters; Chevy 350-repowered; modified; and the big-dollar restored original-spec trucks. My personal favorite, and probably the most expensive, is a ‘78 FJ40 at RM that’s been resto-modded by The FJ Company. Although I also really, really like the Cummins diesel-powered ‘66 FJ45 truck at Barrett-Jackson. And Silver’s 350-powered military style truck, and Bonhams’ 1980 FJ43.

The good news? The market is flooded, even though top FJs are still going to think about breaking $100,000, like the $115,000 example at Bonhams last year. But if you just want something bulletproof to bomb around in on the trail, you can get an absolutely classic Toyota FJ for about the price of a three-year-old Jeep Wrangler.