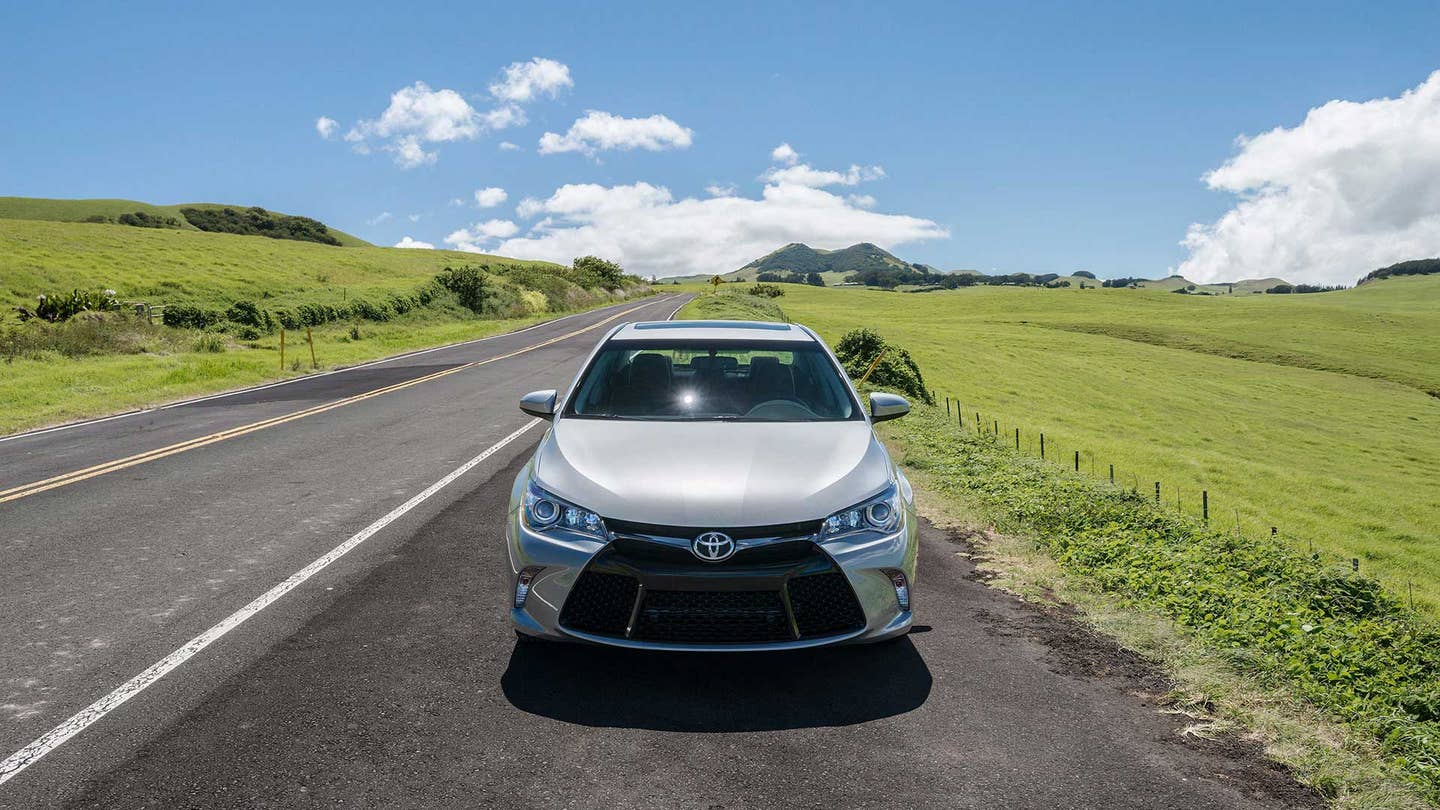 For years now, the Toyota Camry has been panned by enthusiast publications as something less than worthy of our attention. For once, I think I'll side with the nearly half a million people who buy new ones every year. The Camry is a great car.

There, I said it.

The first car I owned was a 1983 Toyota Camry, a bottom-of-the-line DX liftback with a 5-speed manual gearbox. I loved it. It wasn't fast, but it was comfortable and practical. To me, it looked like a DeLorean with its sharp-edged, wedge-shaped body and quad sealed beam headlamps. (Lay off the hooch, Preston—Ed.) My dad bought ours used in 1988; it’d been our family car for a decade before it was passed on, rusted and well-used, to me. It was almost part of the family.

But owning a first-gen Camry for five years, and pushing it well past the 300,000-mile mark before selling, never gave me pro-Camry bias. To the contrary, I find the newer models (with the exception of the 1996-2001 models) to be the embodiment of schlubbiness. So I found myself rolling my eyes when I found out that I'd be spending a week in a 2016 Toyota Camry Hybrid SE. How could something that looked like a spaceship and appealed to "normal" people be any good? Or any fun, for that matter?

Then, settled into the driver's seat, pointed toward Boston, I became re-acquainted with the reasons why so many people buy Toyotas. Yes, a strong reputation for reliability and high resale value are certainly selling points to the many number-crunchers. But there's something else: This is a Toyota, and despite the fact that it's not a luxurious, precise German car or a balls-to-the-wall American muscle car, it is exceptionally well-made.

Maybe it’s the long wheelbase, or perhaps the wad of batteries in the trunk (though the latter did, admittedly, cut into cargo space), but the car was super smooth. So smooth, in fact, that my wife didn't even notice when I pushed past the speed limit a few times. She can usually sense when I'm being naughty, and offers her usual advice: "Slow down." Not in the ol' Camry. I was actually having fun drawing smooth lines on the empty Merritt Parkway through western Connecticut.

Added to that buzz was the car's fuel economy, which I remembered from my own Camry-owning days. I drove about 500 miles on 18 gallons of gas. Not bad, especially considering I was carrying a trunk full of crap and two other passengers passengers at speed. Then another strange thing happened: The car's Andromeda spaceship looks began to grow on me. And so there I was, staring at the 2016 Toyota Camry Hybrid SE, lightyears ahead of my old ’83 DX liftback, thinking the same thing: No wonder so many people buy these things.

I'm not going to start an owners' club or anything, but the next time someone bashes a Camry for being boring, I'll stand up for it. Like the one I grew up with, the modern Camry is boring compared to the likes of a Ford GT or Dodge Hellcat. But those cars only have to win over a few thousand people, appease a narrowly-tailored and already-formed fanbase. Building something for the masses, something that’ll work for 10 million people with varying tastes across all walks of life? That’s a real challenge. Think of it that way, and the Camry ain’t so bad.