There is clean, OCD clean, and hermetically sealed clean. This 33 year old Camry looks like it came straight from the showroom floor. 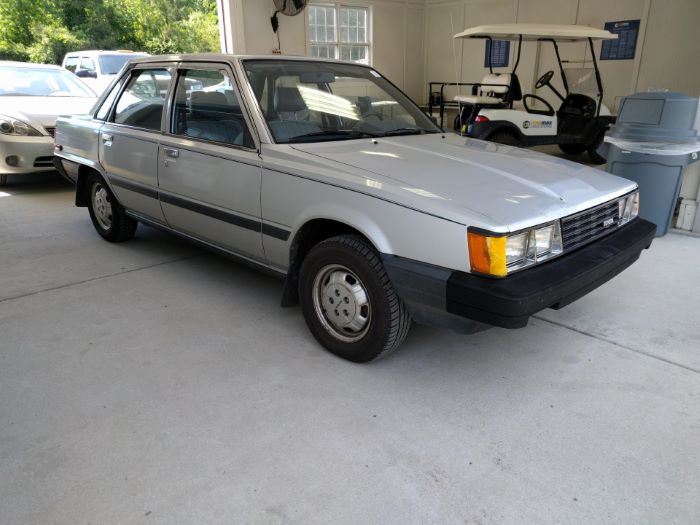 What can you say about a single owner who kept this car on the road in mint condition for nearly a third of a century?

The 1984 Toyota Camry DLX was a combination of the last of old school Toyotas and a new era that would feature four-speed automatics, fuel injection across the board, and powertrains so durable that they could out-diesel a diesel.

Take a look at that cloth and vinyl seat. Do you see any rips or tears? If you take a deeper dive and look at how much attention was given to this old-school Camry, you may find yourself wanting a lot more out of your own daily driver.

Simplicity and functionality were the name of the game back in the 1980s. You had knobs and a few choice buttons instead of that daily distraction we now call infotainment.

The back seats were made for four normal sized people and one kid. You wanted cupholders? That's what your hands were for!

I would like to make this type of car my daily driver if I could only keep today's texting and Starbucks sucking drivers far away from this chosen chariot. The guy or gal who had this must have overcome dozens of parking lot dings and the natural degenerative effects of the sun. Other than a museum, I can't imagine a car like this that can endure the ages without so much as a dent or scuff.

Well, there was one accident. Take a look at that widening gap between the hood and the driver quarter panel. Nothing's perfect. But this rolling piece of Toyota workmanship is pretty damn close.