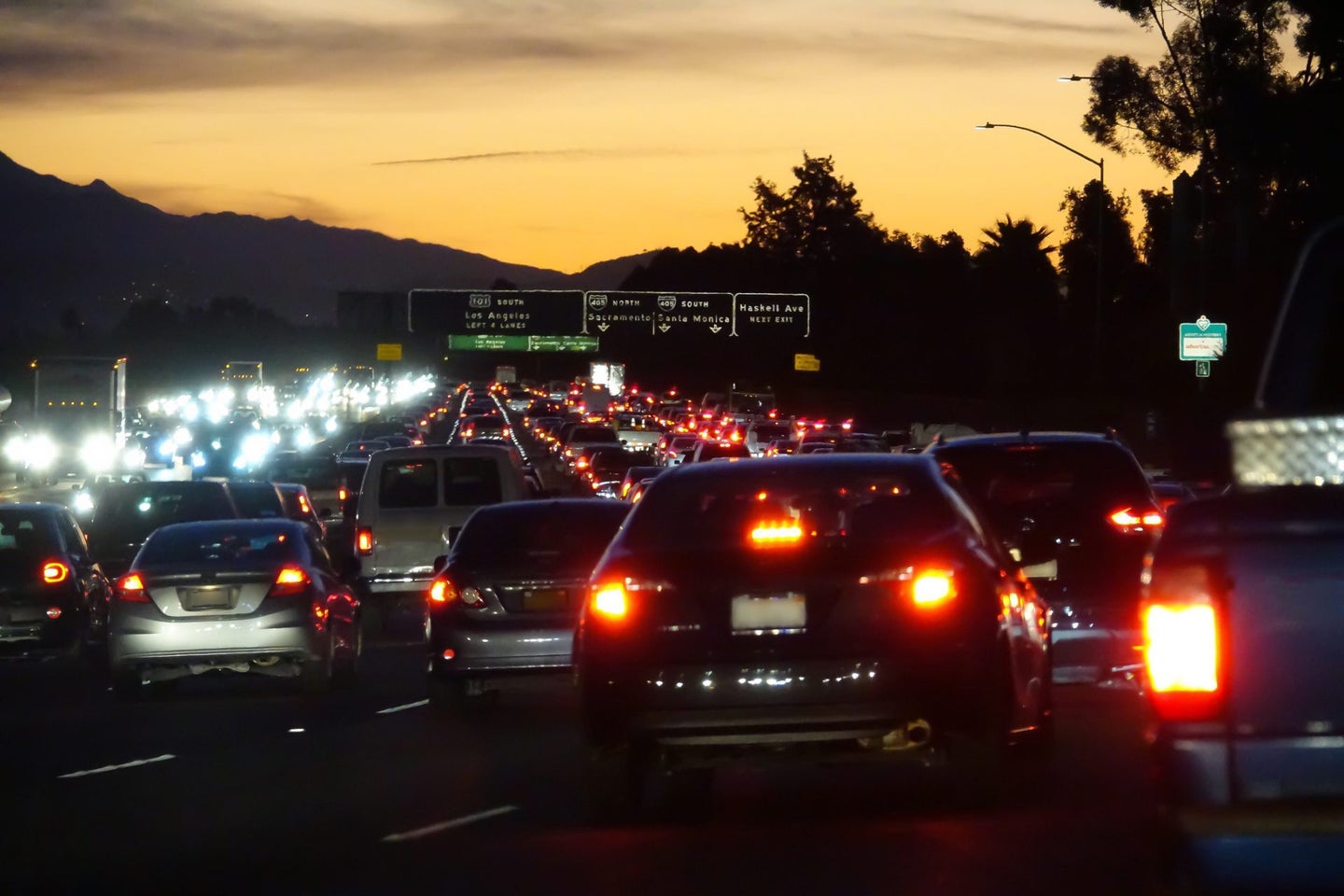 When it comes to traffic, the United States is the most congested developed nation in the world, and Los Angeles is the most gridlocked city.

That's according to transportation analytics company INRIX, which calculates that U.S. motorists, on average, spent 41 hours in traffic during peak hours last year. For Angelenos, that average more than doubled, to 102 hours spent in traffic jams during peak congestion hours.

Moscow placed second, and New York City third, in cities with the most nightmarish traffic during morning commutes and the rush hour home.

In looking at wasted time and fuel, INRIX found congestion cost U.S. drivers almost $305 billion last year, or an average of $1,445 for each driver.

While getting stuck for hours in traffic is unnerving, the silver lining is that congestion is a byproduct of a growing economy, with more people employed and purchasing products that then need to be transported home, offers Graham Cookson, INRIX's chief economist.

And, while there are no single answers to resolving traffic woes, there are things that can be done to improve the problem, Cookson told The Drive.

Texas, for instance, has lessened congestion in Dallas, Austin, and El Paso by spending money on road improvements, the economist said.

As for Los Angeles, expenditures on public transportation will help, but another means of addressing the trouble would be to get more people to work remotely. "There are lots of people in offices that could probably work at home some of the time, if we could take them off the road when everyone else is driving," that would help, he said.

And then there's congestion caused by drivers slowly circling city blocks looking for a place to park, a scenario for which technology already exists to help, in the form of smartphone apps.

Uber and Lyft Are Making Boston Traffic Worse By Justin Hughes Posted in News
Advocates: This State Is the Worst When It Comes to Traffic Safety Laws By Kate Gibson
Governor: Congestion Pricing Should Reduce Bridge Tolls for NYC Boroughs By Kate Gibson
MORE TO READ